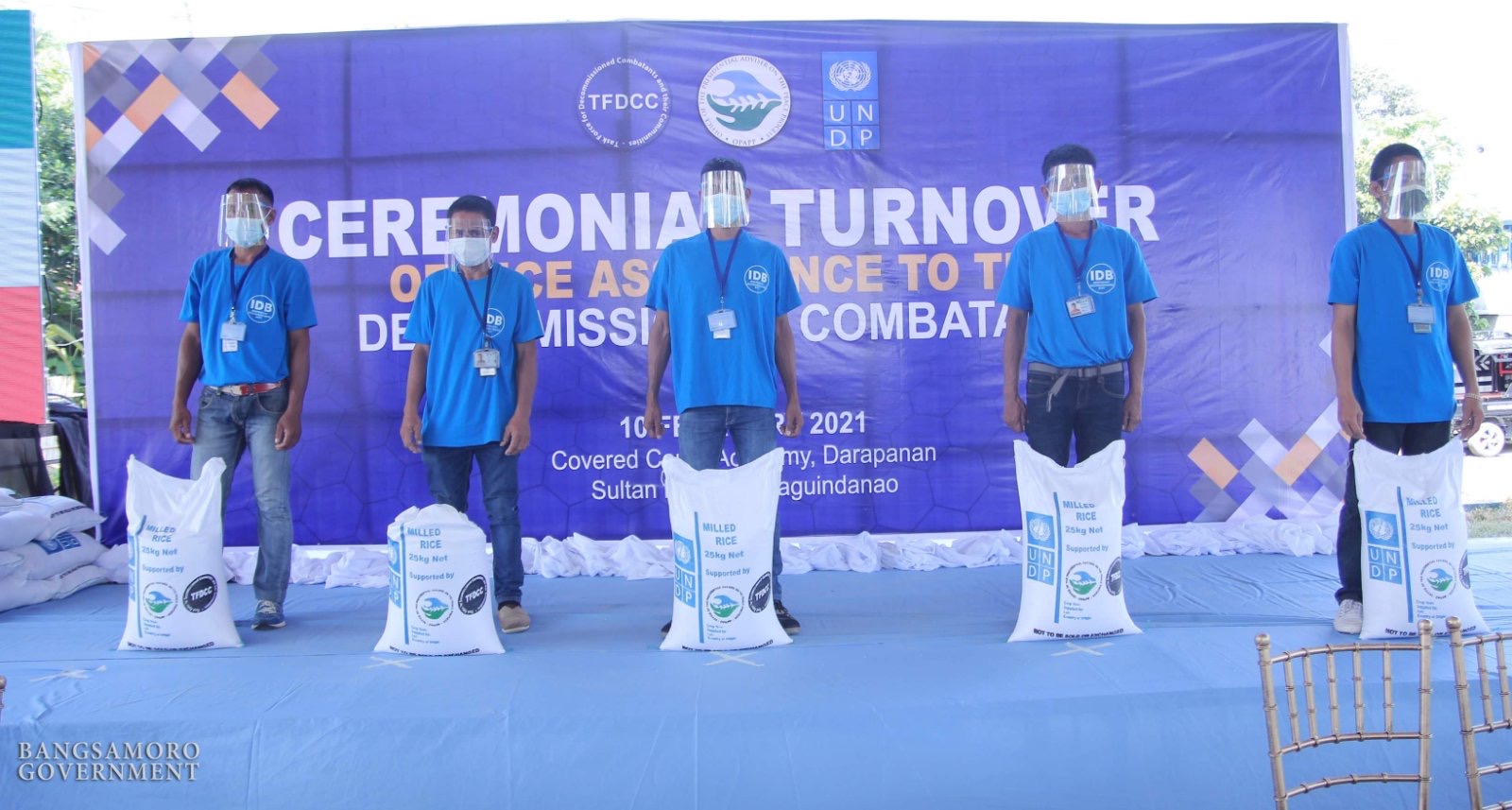 Bangsamoro Executive Secretary Abdulraof Macacua said that the activity is yet another forward development in the quest for successful peace endeavor, noting that rice is a fundamental need of everyone.

“I am sure that the recipients of rice distribution today would be very happy, since we are addressing their daily fundamental necessity, although this is only few among the package,” he added.

Meanwhile, OPAPP Undersecretary David Diciano clarified some of the misconceptions on the normalization package.

He said that the P1M package will not be handed in full cash, instead it will be subdivided in different components such as scholarship, training and other socio-economic assistance [this is apart from the P100,000.00 cash given to individual combatant].