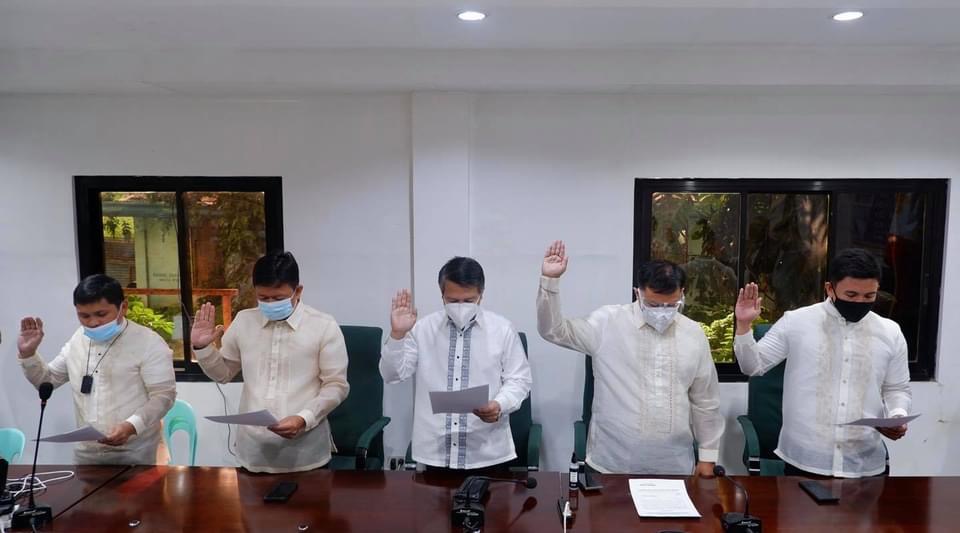 COTABATO CITY – Some 61 newly appointed officials and employees of Ministry of Environment, Natural Resources and Energy (MENRE) took their oath of office and pledged to Bangsamoro Government’s Moral Governance Wednesday, Dec. 2, 2020 in Cotabato City.
MENRE Minister Abdulraof Macacua led the oath taking ceremony and highlighted the adherence to moral governance specifying the importance of integrity and punctuality.
“The ministry hopes that we all abide by the values of moral governance and that we avoid the evils in it, especially graft and corruption.” said Macacua.
Macacua, who is also Chief Minister Ahod Ebrahim’s executive secretary, urged them to value punctuality while working.
“But corruption doesn’t only happen with money. Corruption is seen in time as well. I urge everyone to value punctuality and to follow the prescribed office hours. In that way we could already manifest in our first day of office that we truly adhere to moral governance.” he added.
Installed officials include provincial environment, and natural resources officers (PENRO) for Basilan, Lanao del Sur, Maguindanao, Sulu, and Tawi-Tawi, and service directors of MENRE’s Administrative and Support Services, Environment Management Services, Land Management Services, Forest Management Services, and Energy Management and Development Services.
The officials and employees assumed office right after their pledge in accordance to the Civil Service rules and regulations guided by the values of moral governance.
The MENRE – BARMM Recruitment, Placement and Selection Board (RPSB) led by Assistant Regional Secretary Alindatu Pagayao reiterated that new employees need to value their jobs, especially in this time of pandemic.
RPSB stated that MENRE has now filled 164 plantilla positions as of December 2 including the 15 officials who physically took their oath and 46 employees who took oath virtually. (Bureau of Public Information/Photo from MENRE-BARMM)