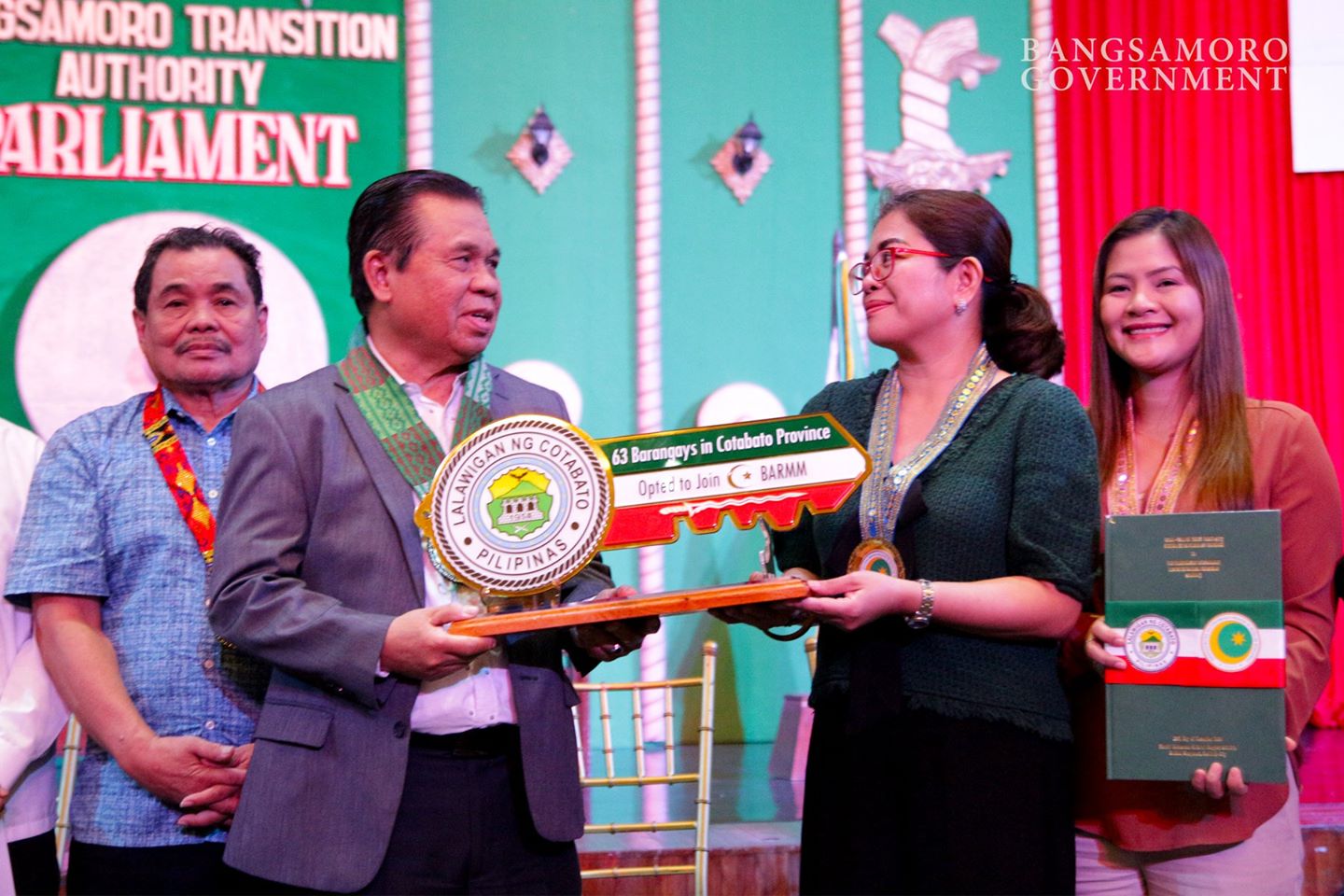 The turn over of the said barangays was led by North Cotabato Acting Governor Emmylou Taliño-Mendoza and Bangsamoro Chief Minister Ahod Ebrahim.

In a plebiscite held on February 06, 2019, residents in the said barangays voted in favor of joining the Bangsamoro Autonomous Region.

Mr. Ebrahim thanked the people of North Cotabato for their support during the plebiscite as he formally welcomed the 63 barangays to the BARMM.

“Before we reached today’s symbolic turn over, we had to go through almost two decades of peace negotiations,” he said.

“But at the end of the day and with the guidance of the Almighty Allah, we are here and we are hopeful for what is yet to come from the Bangsamoro and its proud people in the Cotabato province.”

For her part, Acting Gov. Taliño-Mendoza expressed her gratitude to the Bangsamoro for supporting her administration as governor of Cotabato province for the last five (5) years.

She asked the Bangsamoro Government to take good care of the 63 barangays.

“Today, all of us present here are all to be part of history to complete with you the fruit of uncommon struggle for lasting peace,” she said. (Bureau of Public Information)