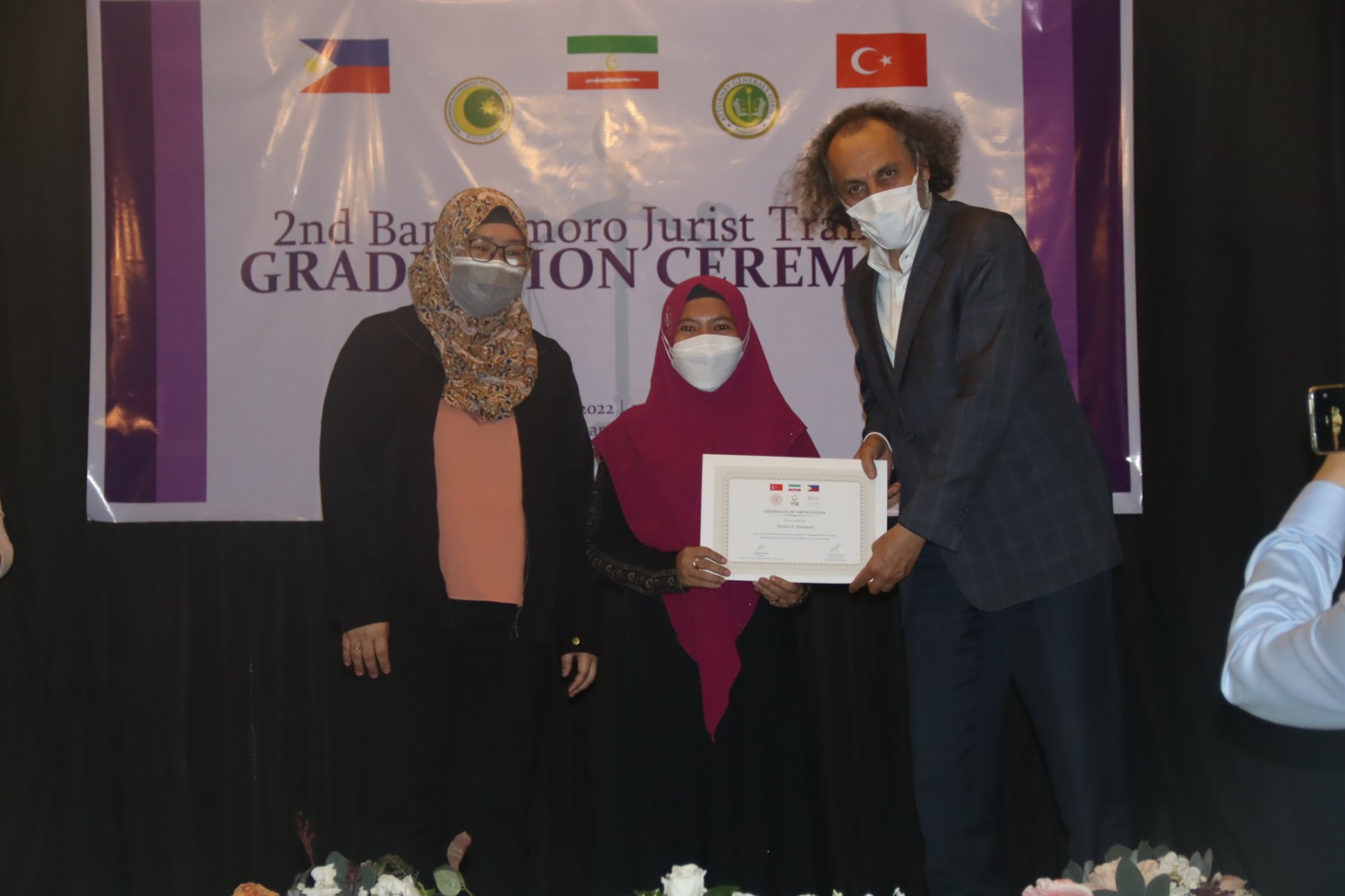 COTABATO CITY —The Bangsamoro Attorney General’s Office (BAGO), in partnership with the  International Union of Jurist UHUB, held on April 1 the graduation ceremony for the 41 Shari’ah counselors who completed the 2nd Bangsamoro Jurist Training.

Conducted from November 23 – December 31, 2020, the training’s main objective was to enhance the knowledge of Shari’ah counselors in legal practice and jurisprudence.

According to Atty. General Sha Elijah Dumama-Alba, the Bangsamoro Government is gradually building the capacities of the Shari’ah counselors in the region in preparation for the establishment of the Shari’ah High Court and the Shari’ah Judicial Academy.

Republic Act No. 11054 or the Bangsamoro Organic Law (BOL) has provisions for the creation of a Shari’ah High Court in the region.

Some of the topics during the training were Fiqh or Islamic jurisprudence, family and personal relations law, law of succession or Islamic  inheritance, as well as the rules of procedure governing Shari’ah.

“Now more than ever, we need practitioners like you, our dear counselors, to help us in reforming the region by stimulating Shari’ah as a legal source of rights and obligations among the Bangsamoro,” Ebrahim told the trainees.

Also present during the graduation ceremony was Member of Turkish Parliament Mehmet Erdoğan, who said they will continue to support programs and trainings for the Shari’ah Counselors in the Bangsamoro region.

“If we really think, the Shari’ah is one of the best laws we could have in this world for Shari’ah can truly give justice,” Erdoğan said  in Turkish language. (Myrna Tepadan/BIO)