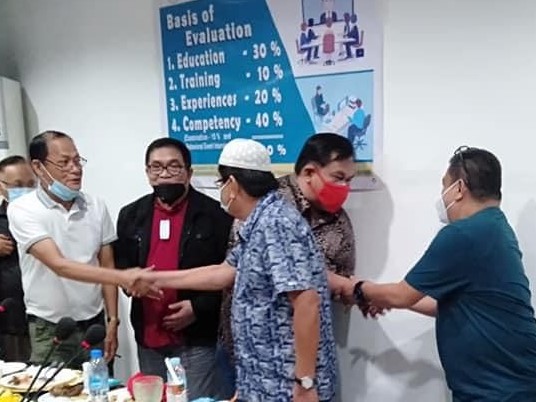 Cotabato City (June 29, 2020) — The four-year long political dispute between two families in Datu Saudi Ampatuan, Maguindanao was put to rest through a peace pact signed and agreed by the involved clan leaders on Saturday.

The said ‘Rido’ (clan dispute), which involves Sindatok and Tundok families, was settled through the initiative of the Bangsamoro Government, represented by its Executive Secretary Abdulraof Macacua, Provincial Government of Maguindanao, Ad Hoc Joint Action Group (AHJAG), Coordinating Committee on the Cessation of Hostilities (CCCH), Armed Forces of the Philippines, Philippine National Police, religious leaders, and other peace monitoring groups in the BARMM.

“We are thankful for both parties for agreeing to settle their understanding. This also benefits the civilians who always are the victims of violence due to armed conflict,” Macacua said.

“We will be forced to remove them in our organization,” Macacua stressed.

The provincial government of Maguindanao, led by its governor Bai Mariam Sangki Mangudadatu, who was represented by her husband Sultan Kudarat Governor Suharto Mangudadatu said that such efforts to end disputes between warring clans is a step towards achieving a secured and peaceful communities in the province. (Bureau of Public Information)