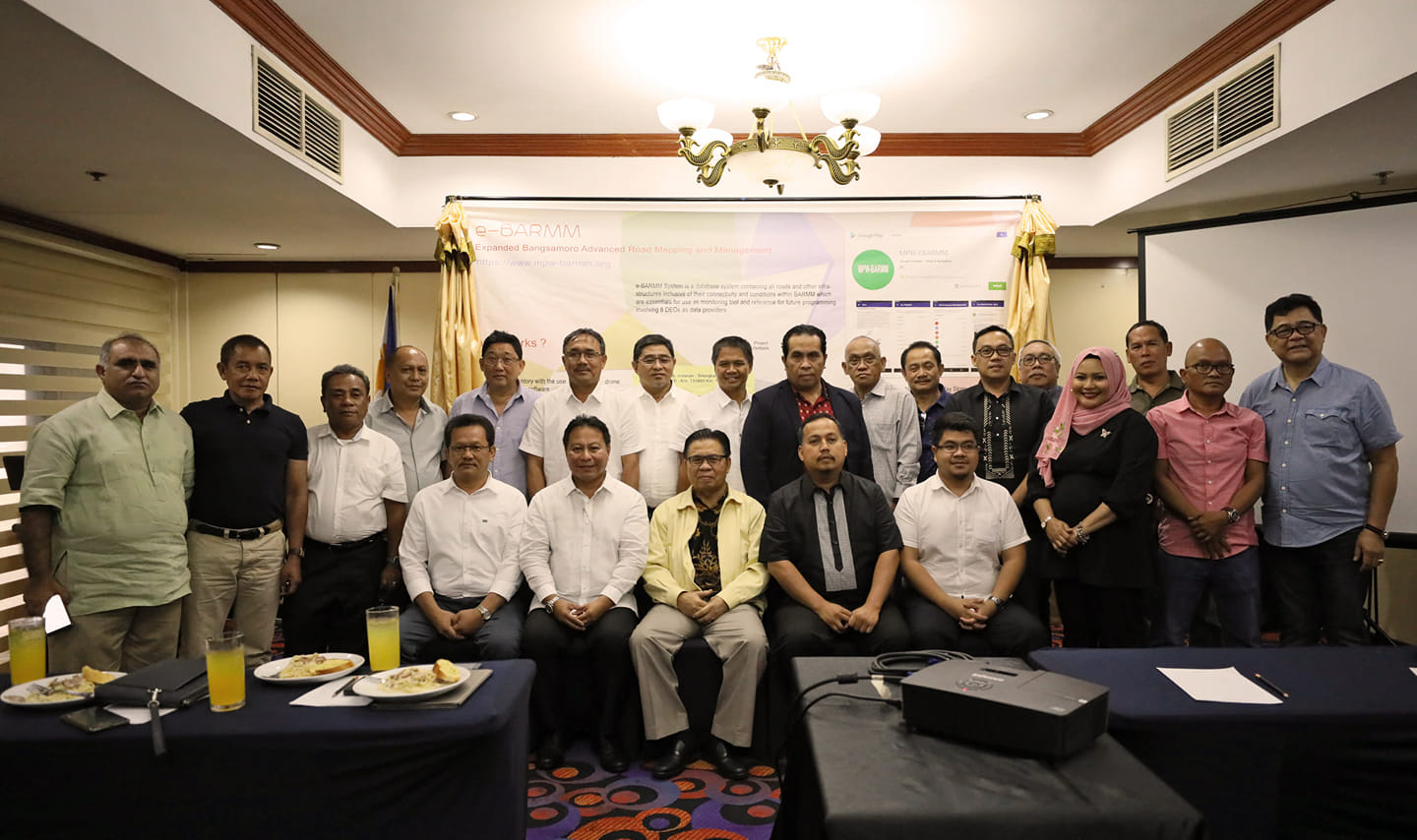 Makati City – The Ministry of Public Works (MPW) bolstered anew on Friday its moral governance program by improving accountability and transparency in the implementation and monitoring of projects through the launching of the expanded BARMM Road Mapping and Management System (e-BARMM).

Chief Minister Alhaj Murad Ebrahim, who concurrently heads the MPW, said in his speech that the e-BARMM is “aligned with the moral governance that we are advocating … it is our duty to let our people know where their money is going.”

The new and enhanced e-BARMM features the latest technology in geo-tagging and road mapping. It also uses drone and route shoots technology to strengthen the implementation and monitoring of projects. The system was initiated by former Regional Secretary Emil K. Sadain, now DPWH-National Undersecretary, and was enhanced by former OIC-Regional Secretary Don Mustapha Loong, now member of the Bangsamoro Transition Authority. Both were also present during the launching.

Assistant Secretary Engineer Danilo Ong of the MPW said that the e-BARMM “can be used to avoid ghost projects and it has been of significance in planning to avoid duplication of proposed projects.”

E-BARMM can also aid the ministry in combatting issues of mismanagement and corruption that tarnished the defunct DPWH-ARMM’s reputation, despite undergoing massive reforms.

Chief Minister Ebrahim said that the oath of moral governance gave inspiration and sense of hope to the people that graft, corruption, and other ills of governance can be addressed by the new government.

He reminded all the employees of the MPW, especially the newly designated District Engineers, not to betray the people’s sense of inspiration and hope in the new government, and that being designated to a position does not mean success.

Recently, CM Ebrahim reassigned all the 8 district engineers to his office and designated OICs in their stead.

He challenged them to “correct all the wrongs in the system” because that would be the only time they can claim success. He further stressed that the BARMM leadership is very serious in this regard because “what is at stake here is the struggle of the Bangsamoro People.”

The e-BARMM can now be downloaded via the Google Play Store: