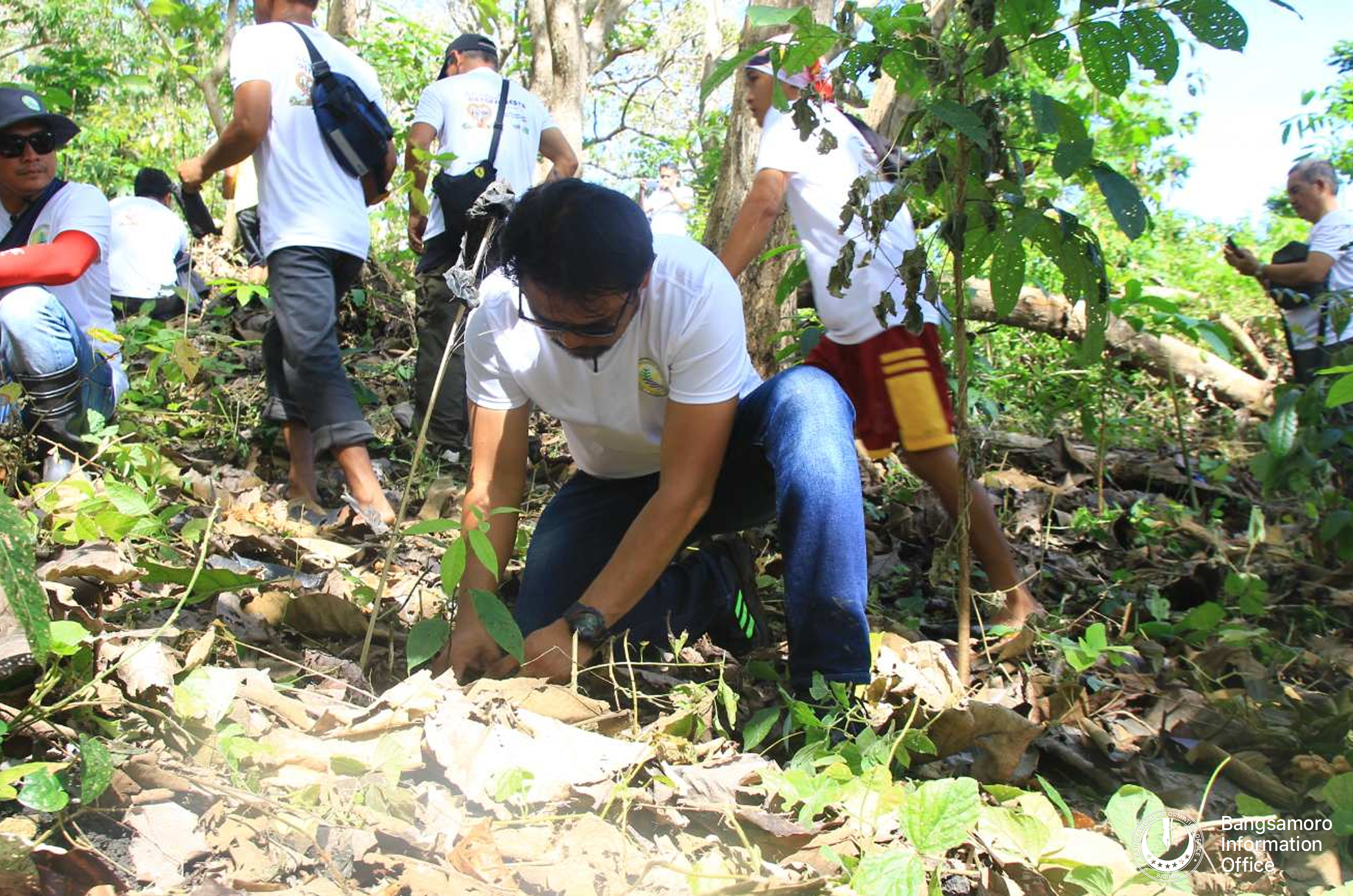 COTABATO CITY- In line with the celebration of the International Day of Forests (IDF), the Ministry of Environment, Natural Resources, and Energy (MENRE) conducted a simultaneous tree planting activity across the Bangsamoro region on Monday, March 21.

550 mahogany seedlings were planted at Sitio Lomboy, Brgy. Awang in Datu Odin Sinsuat, Maguindanao; 200 seedlings at Brgy. Udalo in Piagapo, Lanao del Sur; 250 yakal seedlings at Sitio Pilar, Switch Yakal in Lantawan, Basilan; and 50 mangrove propagules at Brgy. Pahut in Bongao, Tawi-Tawi. The tree planting activity in Sulu was held earlier on March 17 during the visit of MENRE Minister Akmad A. Brahim to the province.

“In protecting our forests, as one of the mandates of the MENRE, we also help in preserving wildlife habitats, biodiversity, and conserving forest resources for communities and families whose livelihood and sources of income are forest-dependent,” Minister Brahim said.

Meanwhile, MENRE Director-General Atty. Badr Salendab said “this celebration reminds the public regarding the importance of reforestation against climate change.”

“Conserving and protecting the environment is part of everyone’s responsibility not only for their own well-being but also for future generations,” he added.

IDF is a global observance held annually every March 21 to raise awareness on the importance of forests to people, and their role in poverty eradication, environmental sustainability, and food security.

This year’s theme is “Forests and sustainable production and consumption.”

“As one region and as one Ministry, we are able to exercise our duties as Al-Khalifa and protect this God-given environment, including the protection and conservation of our forests and its resources,” Minister Brahim said. (Johaira Sahidala/ BIO)