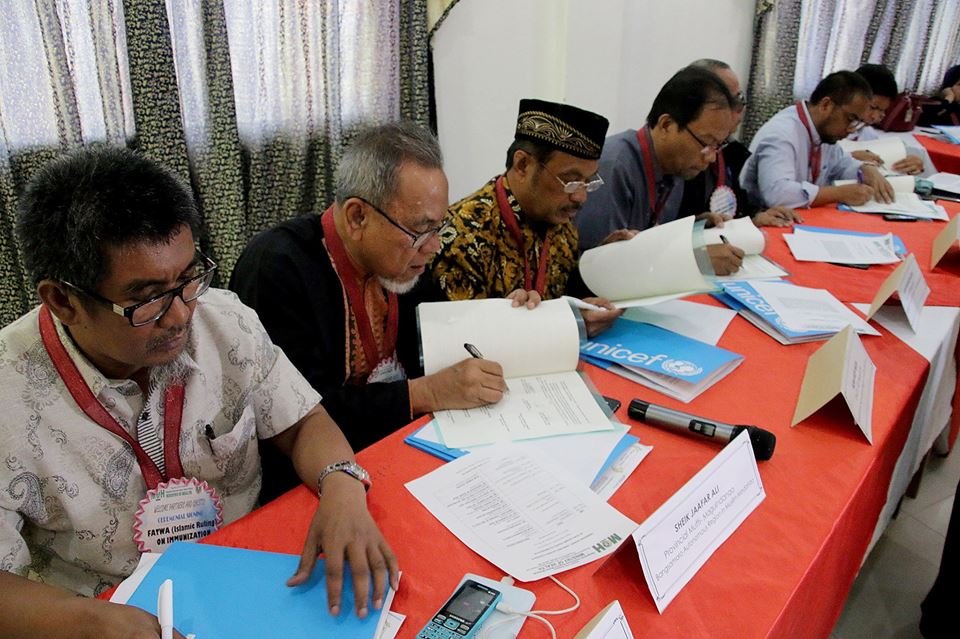 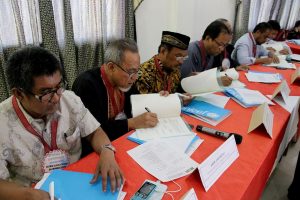 Cotabato City (March 12, 2019) – The Ministry of Health in the Bangsamoro Autonomous Region in Muslim Mindanao (BARMM) launched Tuesday morning a Fatwa or Islamic Ruling on immunization to promote the importance of vaccination and improve the campaign against preventable diseases.

Dr. Safrullah Dipatuan, MOH secretary, said the fatwa seeks to promote vaccination to Muslims as a safe and efficient way to prevent some common diseases.

The fatwa was approved by 13 Muslim religious leaders of the Regional Darul Ifta. A ceremonial signing was held prior to its official launching on the same day.

“Immunization prevents deaths and suffering from vaccine-preventable diseases such as measles, tetanus, polio, pneumonia, hepatitis, diphtheria, rubella and mumps,” Dr. Dipatuan, said adding that saving lives is a holy act that “we must do as an act of faith.”

Official data of the MOH show that as of March 10, about 45,598 target infants and children were administered with anti-measles across the region.

The MOH said measles cases in the region decreased to 361 confirmed cases this year compared to 1,260 cases during the same period in 2018.

Together with the United Nations Children’s Fund (UNICEF), Dr. Zul Qarneyn Abas, MOH deputy minister, said they thought of tapping the Regional Darul Ifta to come out with the Fatwa after discovering that many of the parents in the region ”tend to refuse immunization because they were unsure if vaccination was consistent with their faith.”

The MOH and the UNICEF conducted two conferences – one for the island provinces and another for the mainland provinces – on August and September 2018 to issue a fatwa on the legitimacy of vaccination and the evidence found in the Holy Qur’an and the Sunnah.

Dr. Abas assured that immunization is permissible from the Islamic perspective noting that “the vaccines are halal.”

“The best gift we can give to our child is full immunization certificate,” Farid Dastgeer, child protection specialist of UNICEF said.

With the Fatwa on immunization, the Health Ministry is hoping to increase the immunization rates across the Bangsamoro region. (Bureau of Public Information)