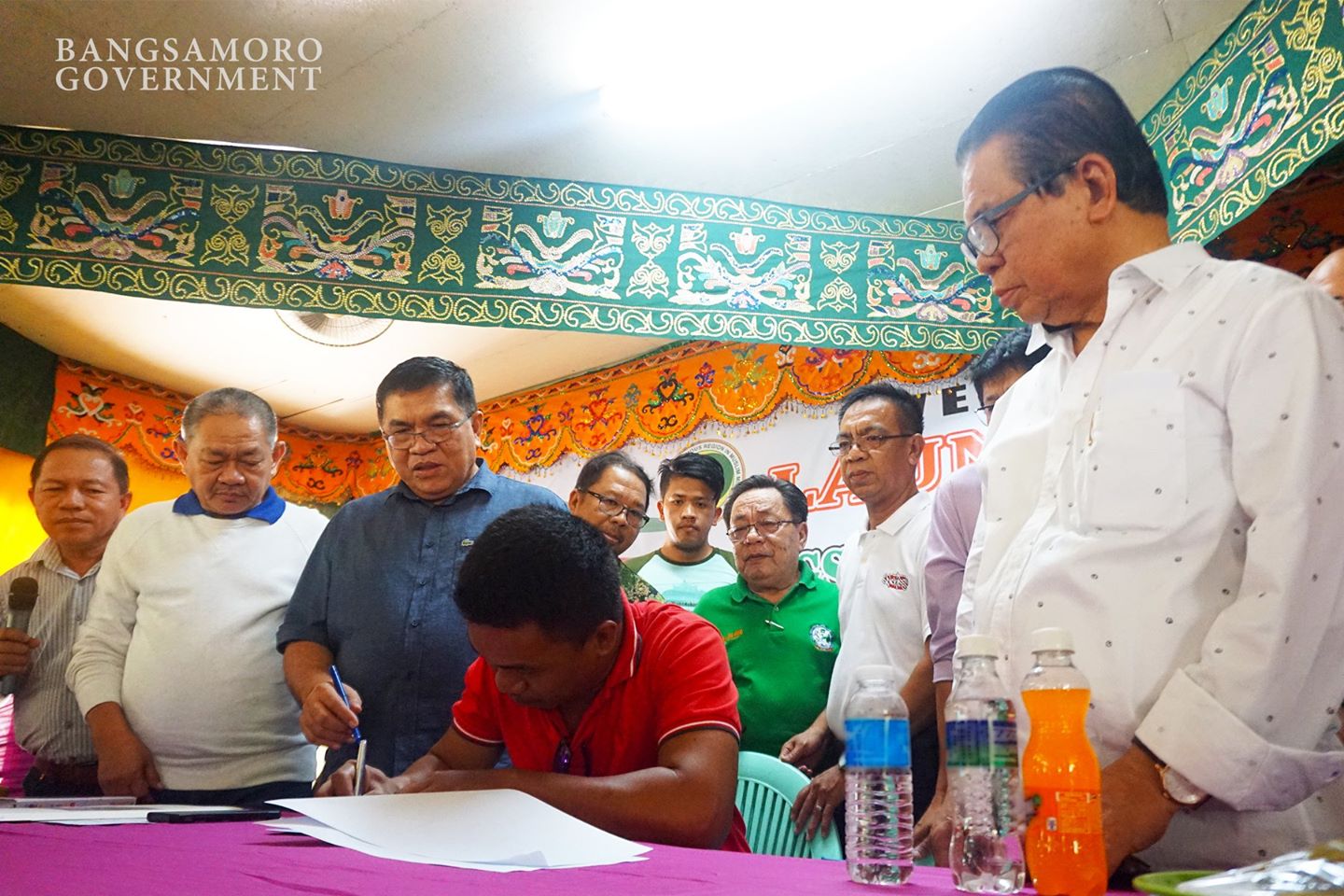 The program is designed to reforest 10,000 hectares of open and denuded forests in the provinces of Maguindanao and Lanao Del Sur. Its implementation will begin on December 1, 2019.

The IBGP is one of the priority programs of Bangsamoro Government and also part of its peacekeeping efforts as the program would involve the hiring of Bangsamoro Islamic Armed Forces (BIAF) members as palaw or forest rangers.

Environment Minister Abdulraof Macacua has been placed at the helm of its implementation.

“Since we lived in the forest before and part of our duty then was to protect the environment. This program will take us back again to forest to protect it,” Mr. Macacua said.

Part of the launching ceremony was the signing of the contract of service of 400 BIAF members who are not net covered by the decommissioning process as palaw rangers.

Some BIAF commanders and BARMM officials were also present to witness the launching of IBGP and signing of contracts. (Bureau of Public Information)