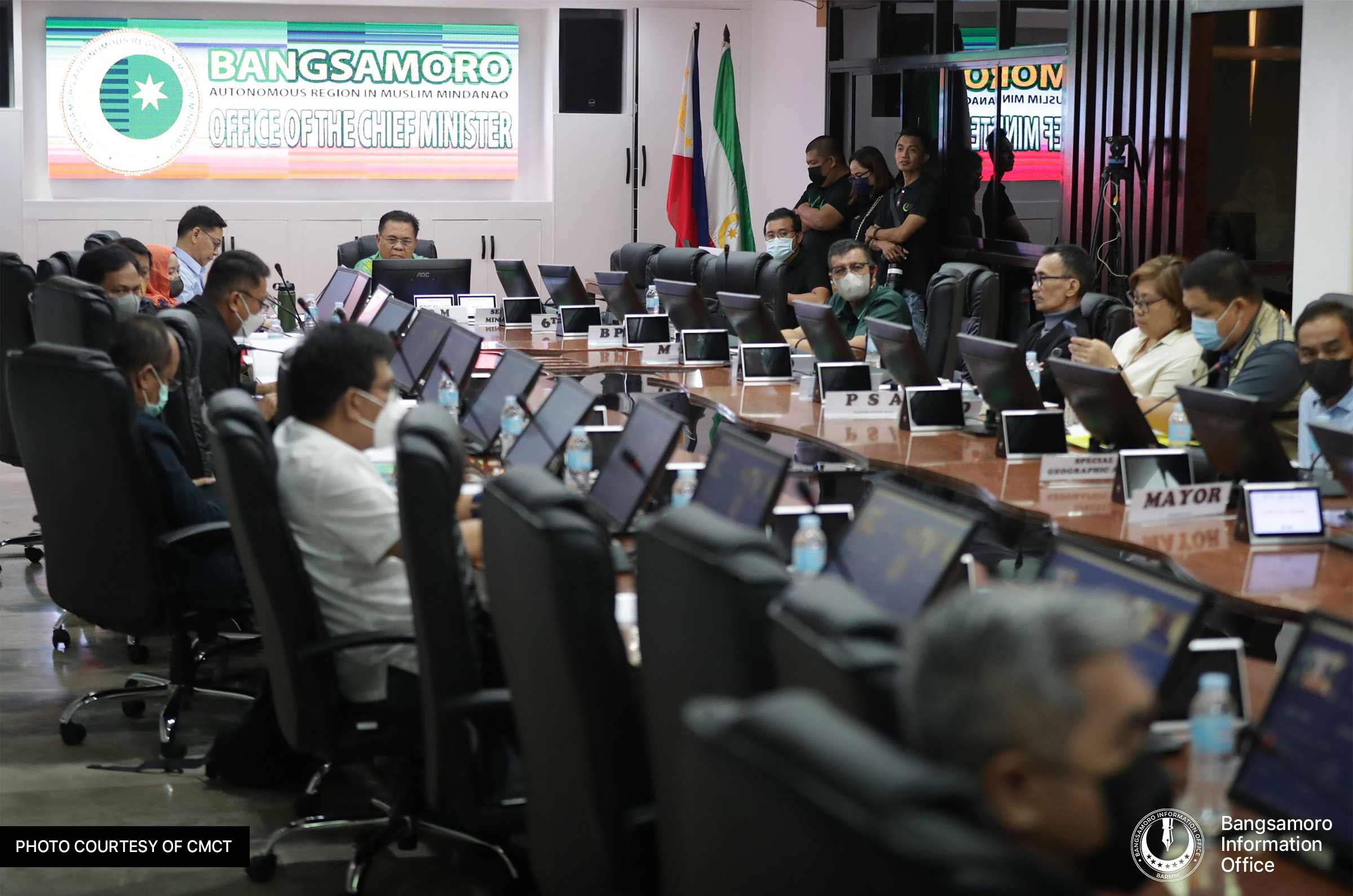 COTABATO CITY—Few weeks after the onslaught of Tropical Storm Paeng in the region, the Bangsamoro Disaster Risk Reduction and Management Council (BDRRMC) is gearing up for the launching of its Early Recovery Plan from the storm’s devastation.

The BDRRMC conducted a series of meetings and workshops on Nov. 8-12, to strategize and establish an immediate plan to help the victims of TS Paeng recover.

During the meeting, BARMM Chief Minister Ahod Ebrahim discussed the construction of temporary evacuation shelters for the affected families in Maguindanao del Sur and del Norte, and other affected provinces in the region.

He emphasized the need to analyze the effect of the natural calamity (Paeng), as it was one of the most devastating and unprecedented catastrophes the autonomous region had experienced.

“We need to make an assessment and see what the Bangsamoro Government can do and adopt some measures to avoid the heavy casualties,” Ebrahim, who also chairs the BDRRMC, said.

Meanwhile, Minister of Interior and Local Government (MILG) Atty. Naguib Sinarimbo said the regional government’s plan is moving towards life-sustaining activities for the communities before going to the full rehabilitation and recovery of these communities.

“We assist those houses slightly damaged so they can return to their home, restoration of lifelines such as roads, bridges, and access to communities, electricity, and livelihood recover,” Sinarimbo said.

“We are looking at temporary evacuation centers because it is now opening classes. At some point they must be transferred, otherwise, classes would be affected, and we don’t like that to happen,” he added.

The Minister, who also leads the Bangsamoro-Rapid Emergency Action on Disaster Incidence (READi), said activities of the early recovery plan kicked off three (3) days after the onslaught and would cease in the first quarter of next year. Afterward, rehabilitation and full recovery will commence.

Sinarimbo said over 400 houses were severely and partially damaged in the ground zero of Kusiong Datu Odin Sinsuat in Maguindanao del Norte.

Across the region, a total of 570 houses were partially damaged, while 504 were totally damaged by the typhoon as per Bangsamoro Disaster Risk Reduction Center’s (BDRRMC) data as of Nov. 14, 2022.

The formal launching of BARMM’s early recovery plan for Paeng victims is expected this week.