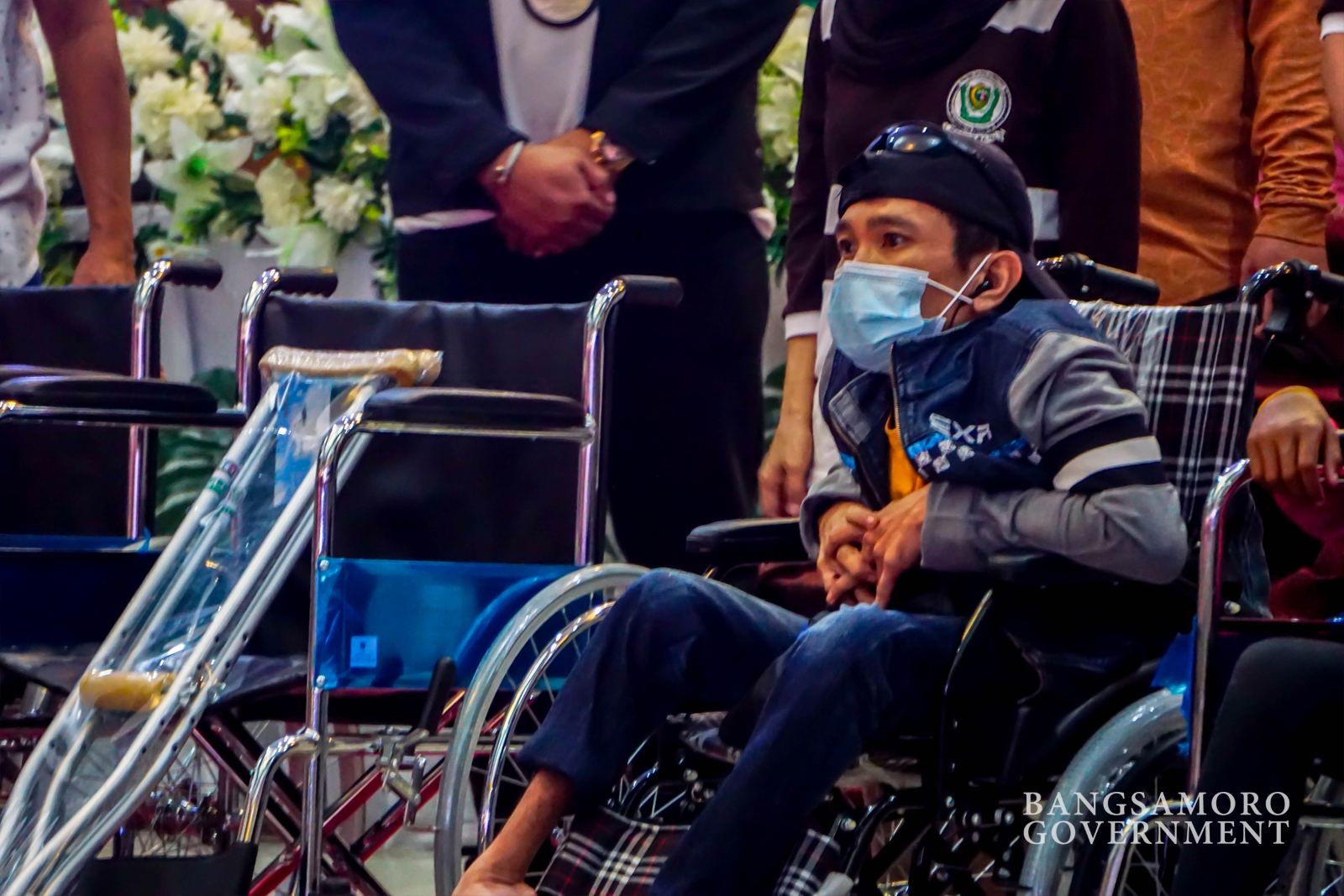 COTABATO CITY — Regional health officials announced on Tuesday, Feb. 9, that about 1,500 persons with disability (PWD) and senior citizens across the Bangsamoro region are set to receive wheelchairs, crutches, and walking canes from the Ministry of Health (MOH-BARMM).

MOH Minister Dr. Amirel Usman said the PWDs and senior citizens are the vulnerable members of society, thus efforts of the government should reach them.

Usman also highlighted their special needs do not hamper their contribution as productive and functioning members of society.

The regional health ministry has allocated 197 wheelchairs and assistive devices for each of BARMM’s five provinces of Basilan, Sulu, Tawi-Tawi, Lanao del Sur, Maguindanao, and two cities of Marawi and Lamitan.

Dr. Ehsan Paudac, head of MOH’s Non-Communicable Disease cluster, said there are about two million people who live with some form of disability in the Philippines, 80 percent of whom are experiencing some difficulties.

He further said there are 35,000 PWDs across the region, or about 1.07 percent of the total number of PWDs in the country.

A total of 31 PWDs and senior citizens from the towns of South Upi, Pagalungan, Parang, and Datu Odin in the province of Maguindanao received mobility assistive devices during a turnover program on Tuesday, Feb. 9, in Cotabato City.

“It is very crucial to PWDs to have access to social protection on an equal basis with others,” Dr. Paudac said.

Brian Tenorio, 32, from Brgy. Kuya, South Upi, was among the recipients on Tuesday’s turnover ceremony. He has legs paralysis due to polio since he was seven years old.

Tenorio expressed his gratitude to the regional government as the wheelchair he received will facilitate his mobility and help in his functions as an information officer of his barangay.