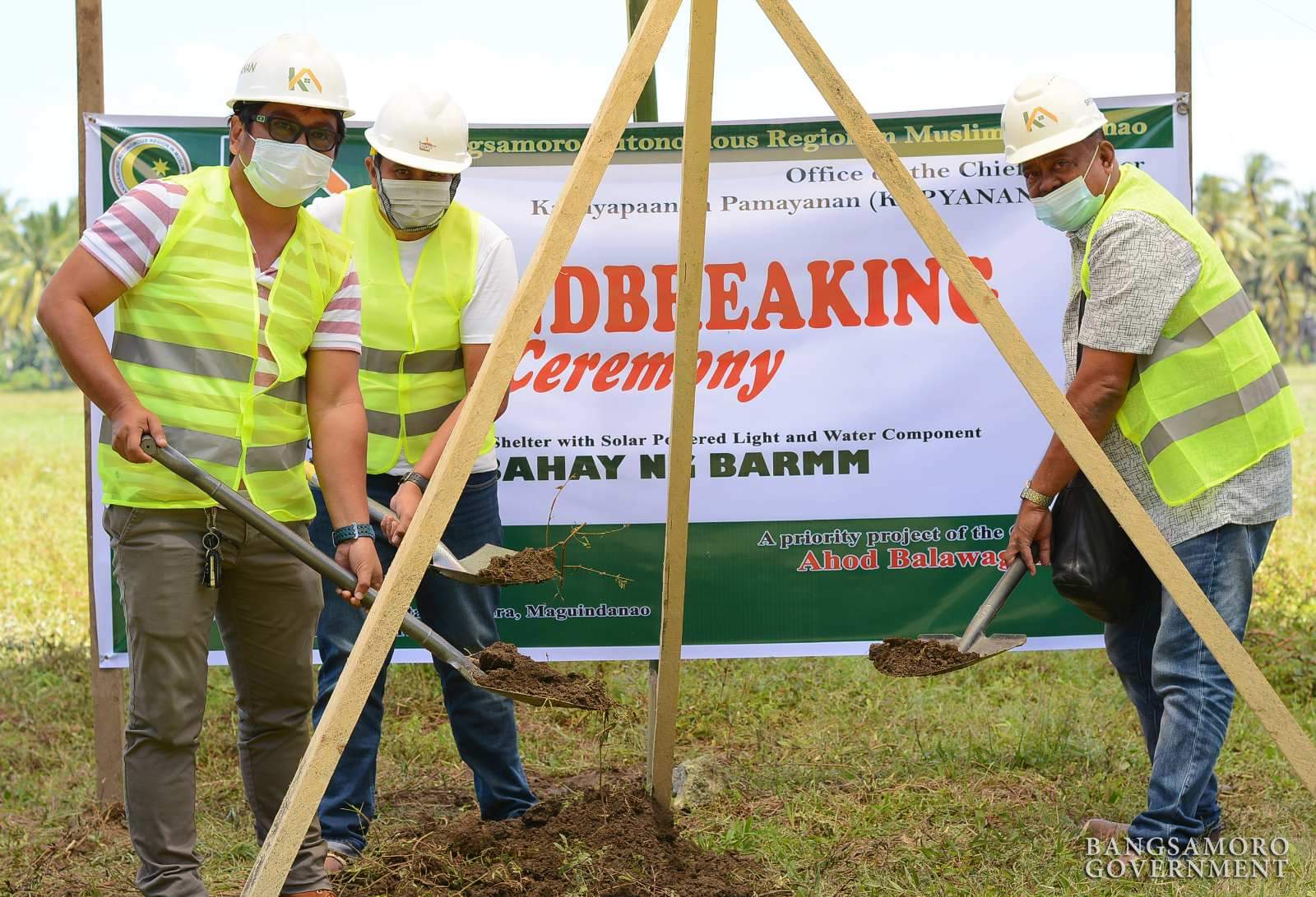 This was following the ground breaking for the construction of 50-unit core shelters in the town’s Sitio Tamigin in Barangay Tariken on Thursday, March 4.

The shelters will be built under the Office of the Chief Minister’s Kapayapaan sa Pamayanan (KAPYANAN) project.

“This project is part of KAPYANAN’s dream to uplift the living conditions of the poorest of the poor in the Bangsamoro Autonomous Region in Muslim Mindanao,” said Deputy Project Manager Engr. Abdulnasser K. Usman who led Thursday’s ceremony.

Vice Mayor Tumbas said the beneficiaries are deserving of the housing project because they were the ones greatly affected during height of the conflict between the Moro Islamic Liberation Front and the national government.

KAPYANAN is one of OCM’s flagship programs, formerly known as the Bangsamoro Regional Inclusive Development for Growth and Empowerment (BRIDGE), that is mandated to deliver basic and appropriate services including affordable and progressive housing projects. (Bangsamoro Information Office)