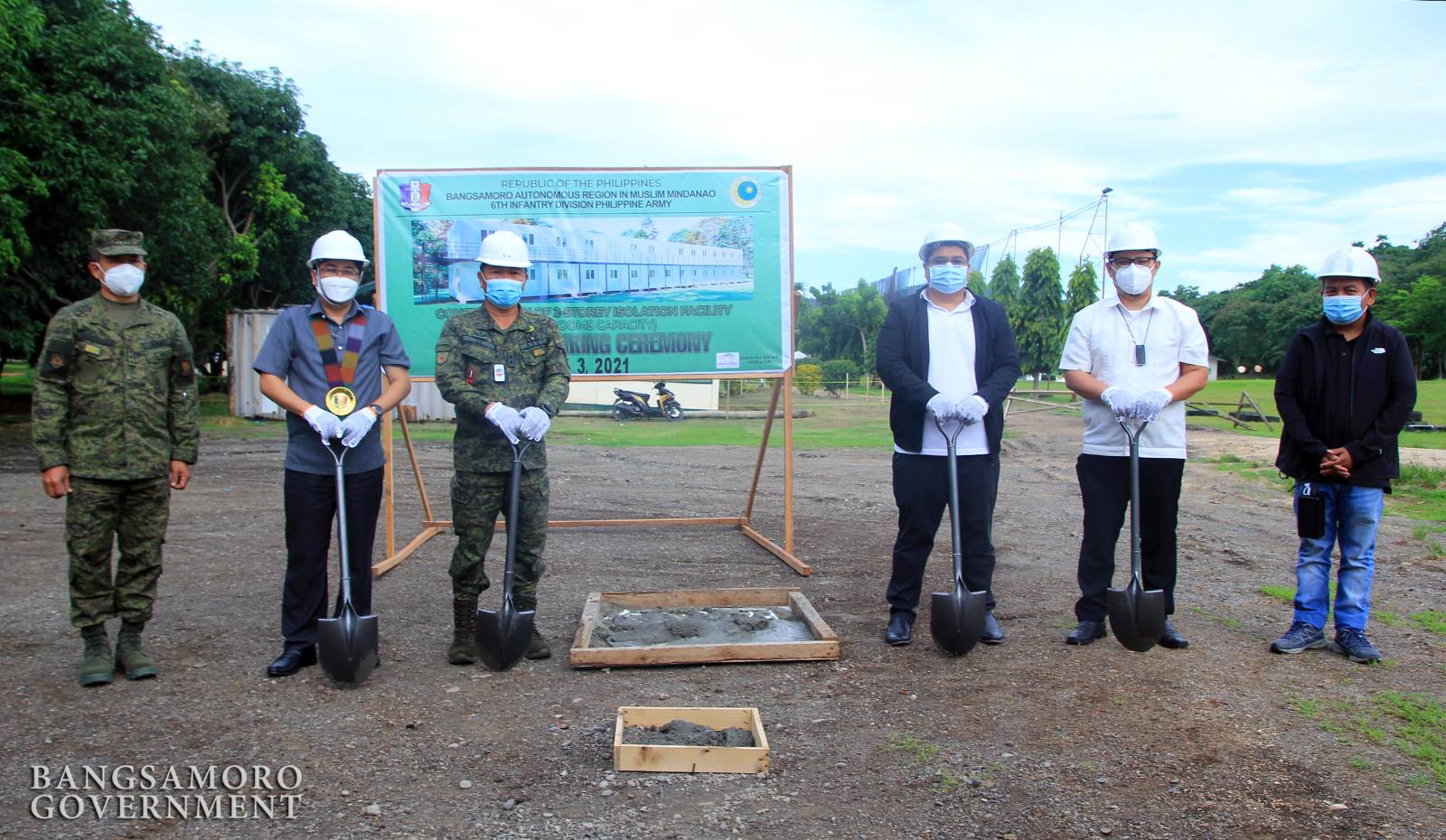 The Bangsamoro Government officials together with the 6th Infantry Division (6ID), Philippine Army (PA) commander/officer during the groundbreaking ceremony for the Covid-19 isolation center at Camp Siongco, Awang, in Maguindanao on Monday, May 3, 2021.

On Monday, a ceremonial groundbreaking for the construction of the said 60-bedroom capacity isolation center—which costs Php11.24 million—was held, and is projected to be finished within 45 days.

In his message, BARMM Assistant Senior Minister Abdullah Cusain, representing Senior Minister Abdulraof Macacua, said the Bangsamoro Government’s partnership with 6ID Task Force Central is both an honor and a privilege, especially in the context of preparing and addressing the ongoing Covid-19 pandemic.

“We look forward that in the coming months or hopefully sooner than expected, the Covid-19 Isolation Center for the 6ID would be eventually erected within this site,” Cusain expressed.

He further added that “Bangsamoro Government has [already] extended its Covid-19 assistance to various sectors, such as the Local Government Units (LGUs), in constructing similarly needed infrastructures.”

Meanwhile, 6ID Commander MGen. Juvymax Uy PA thanked the Bangsamoro Government, thru the leadership of BARMM Chief Minister Ahod B. Ebrahim for his continued efforts in addressing the pandemic with several interventions such as the ongoing constructions of various isolation centers across the region.

“Nagpapasalamat kami sa Bangsamoro Government for making it realized the installation of Covid-19 facility inside our site. This will not only benefit us [the 6ID Task Force Central], but also the Armor Division, Marines, Air Force, Naval Component, and other support units,” Uy shared.

He also said that the facility will not just cater to the KAMPILAN Troops but also stakeholders and populations adjoining Awang village.

Moreover, Uy said that the facility will possibly be utilized as a disaster-response unit within the nearby Bangsamoro provinces.