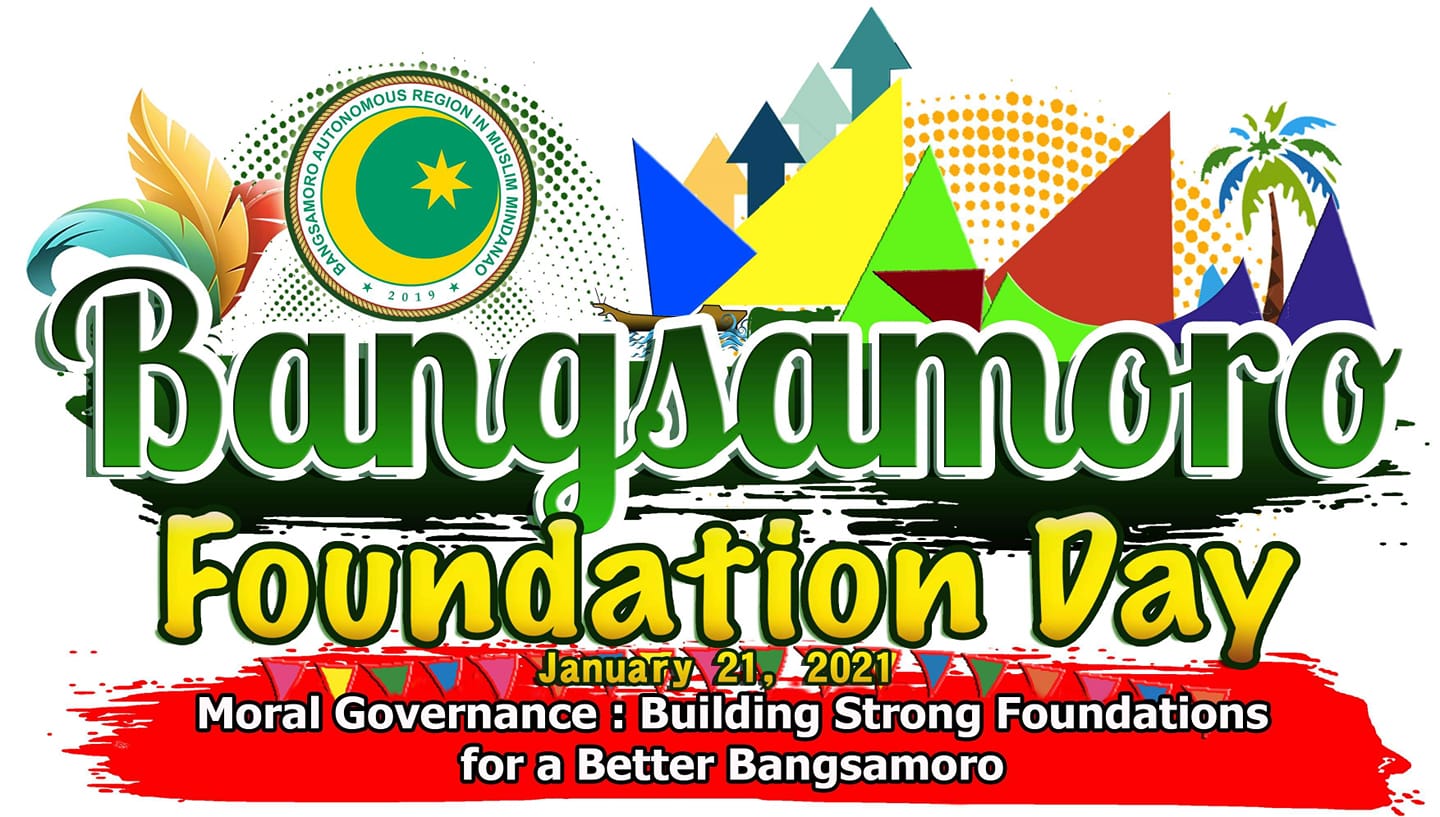 COTABATO CITY – With the theme “Moral Governance: Building Strong Foundations for a Better Bangsamoro”, the Bangsamoro Autonomous Region in Muslim Mindanao (BARMM) is set to kick off its week-long foundation anniversary celebration tomorrow, January 18 at the Bangsamoro Government Center (BGC) in the city.

The program will officially start at 7o’clock through the first ever raising of the Bangsamoro Flag.

With observance of strict health protocols, the flag raising ceremony will be attended by Bangsamoro Chief Minister Ahod “Al-Haj Murad” Ebrahim, together with his cabinet, Bangsamoro Transition Authority members, and 15 employees from each of the BARMM’s different ministries and offices.

Ceremonial flag raising will also be conducted simultaneously in several local government units, schools, and other government offices across the region.

The ceremony in BGC will be followed by a short program, wherein CM Ebrahim and Education Minster Mohagher Iqbal will lead the symbolic turn-over of 100,000 pieces MBHTE-designed armchairs to several schools in the region.

Ebrahim, together with his executive secretary Abdulraof Macacua and Local Government Minister Naguib Sinarimbo, will lead a symbolic distribution of relief goods and wheelchairs, and launching of regional disaster vehicles and equipment. The three will also lead the signing of a memorandum of agreement (MOA) on the support to local government units’ infrastructure in Maguindanao province, particularly in the municipalities of Talayan, Sultan Kudarat, Datu Blah Sinsuat, and South Upi.

Ebahim, Macacua, and Sinarimbo will also sign a MOA with Cotabato City State Polytechnic College (CCSPC) on the BARMM government’s assistance to indigent students, and lead the signing of an executive order on the creation of Salam Bangsamoro program intended to provide livelihood assistance to 10,000 Bangsamoro Islamic Freedom Fighter (BIFF) combatants who returned to the fold of law.

For the rest of the week-long celebration, BARMM’s different ministries have also prepared several activities. To name a few, MOH will conduct synchronized medical and surgical mission to all provinces and cities in BARMM, including the 63 barangays, and will hold a ceremonial handing over of critical equipment and supplies for safer cold chain management; the Ministry of Labor and Employment (MOLE) will conduct jobs fair; Education Ministry will hold a ceremonial awarding of P25,000 subsidy grant for Madaris, and checks to AHME (Access to Higher and Modern Education) scholars; Ministry of Finance, and Budget and Management (MFBM) will hold budget info campaign; Ministry of Public Order and Safety (MPOS) will conduct inter-faith dialogues; and many more.

The provincial governments of Maguindanao, Lanao del Sur, Basilan, Sulu, and Tawi-Tawi, as well as the 63 barangays in North Cotabato, will also hold their own activities to commemorate the BARMM’s founding anniversary.

Chapter 2, Sec. 10. of the Bangsamoro Administrative Code states that January 21 is proclaimed as the Bangsamoro Foundation Day and declared a non-working holiday “in celebration of the establishment of the Bangsamoro Autonomous Region, which shall be celebrated in recognition of the dreams and aspiration of the people to chart their social, political, cultural and economic destiny in exercise of their right to self-determination.” (Bangsamoro Information Office)