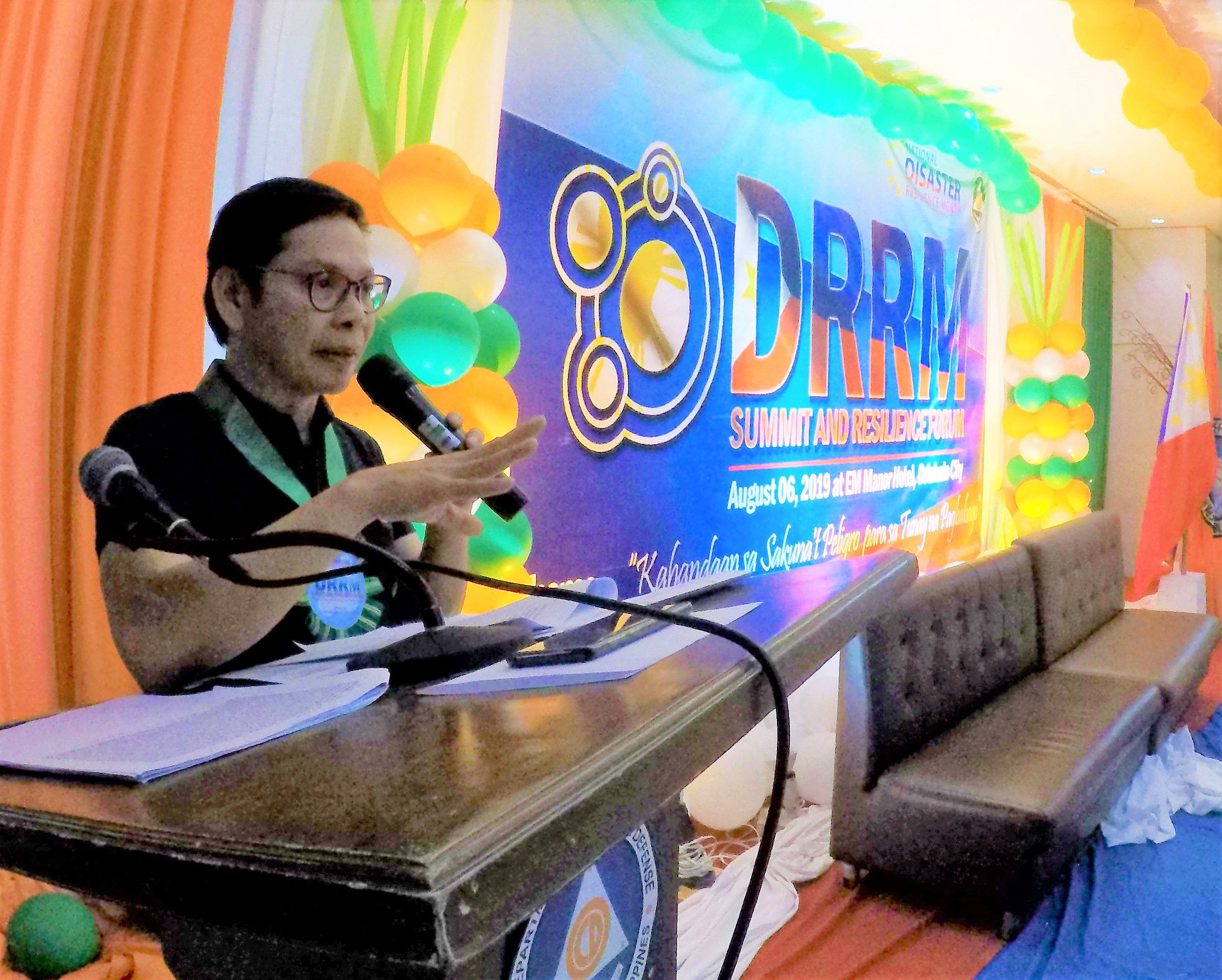 Cotabato City (August 6, 2019) – The Bangsamoro Autonomous Region in Muslim Mindanao is eyeing to strengthen its Disaster Risk Reduction Management (DRRM) by allocating 5% of its annual block grant to help fund the management’s programs.

“We are in the process of preparing the budget of the different ministries for 2020 with the anticipation of the operationalization of the block grant in the autonomous region,” Local Government Minister Atty. Naguib Sinarimbo said during a summit on disaster resilience held August 6.

The Ministry of Local Government serves as the secretariat of the region’s new emergency and disaster response office – the Rapid Emergency Action on Disaster Incidence (READI-BARMM).

Sinarimbo added, “It means that the programs and priorities will now be locally generated and that the money that will fund the programs of the different ministries and offices in the Bangsamoro will be deliberated and approved by the parliament, no longer by the Congress.”

“We managed to influence the Ministry of Finance, Budget and Management of the regional government to include in the budget guidelines the allocation of setting aside at least 5% of the total block grant. That means 5% of approximately 65 billion pesos for next year will be allocated for DRRM programs in the region,” he said.

Article XII, Section 20 of the R.A. 11054 otherwise known as Organic Law for the BARMM states that “the block grant shall be released, without any further action, directly and comprehensively, to the Bangsamoro Government, and which shall not be subject to any lien or holdback that may be imposed by the Central Government for whatever purpose”.

Sinarimbo also said they will create a community-based monitoring and response for disaster incidence with the help of some of the Moro Islamic Liberation Fronts former combatants.

He said they will re-channel the combatants’ energy and skills into new frontiers like to become emergency responders.

For instance, he said, to address the decades old flooding in the town of Datu Salibo, Maguindano, they will ask some of the combatants to help clear the water ways of around 11 bridges. “Only one of it has its water running. The other 10, the water is almost stagnant, therefore causing the flood in the roads.”