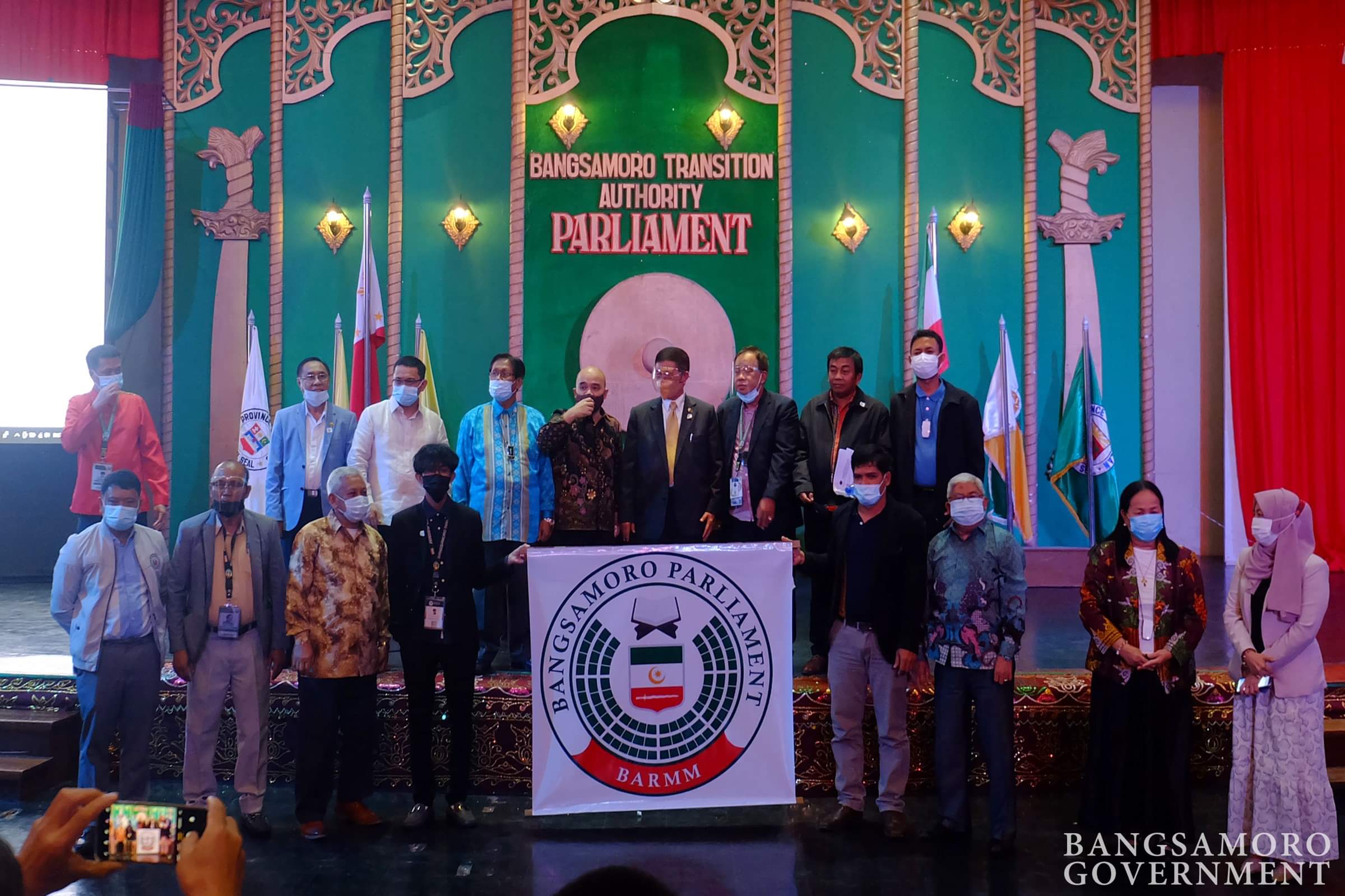 COTABATO CITY – Members of the Bangsamoro Transition Authority on Tuesday, Jan. 19, voted to pass Bill No. 24 adopting the parliament’s official seal that is reflective of “its functions, and the struggles and aspirations of its people.”

The official parliament seal is in circular design, with colors similar to those in the Bangsamoro flag– green, yellow, red, and white.

Two green circles form the outer and inner borders of the seal. Words ‘BANGSAMORO PARLIAMENT’ are written in green over white background in the upper portion between the two borders.

Meanwhile, word ‘BARMM’ is written in white over red background in the lower portion between the two borders. Written below are numbers ‘2019’ which represents the year BARMM was established.

In the center of the seal is the flag of the BARMM shaped in a shield. It is surrounded by 80 green boxes, formed in a horseshoe shape, representing the members of the Bangsamoro Parliament.

The kris, a traditional Moro sword, in the flag represents the Bangsamoro’s struggle for the right to self-determination; the crescent represents moral governance. Meanwhile, the 7-pointed star represents the provinces and cities that compose the region: Maguindanao, Lanao del Sur, Basilan, Sulu, and Tawi-tawi; the cities of Marawi, Lamitan, and Cotabato; as well as the 63 barangays that were previously part of North Cotabato.

Above the flag shaped in a shield is an open book sitting on a stand, which signifies the “living adherence of the Parliament to the rule of law.”

The session will resume next week, January 26. (Bangsamoro Information Office)