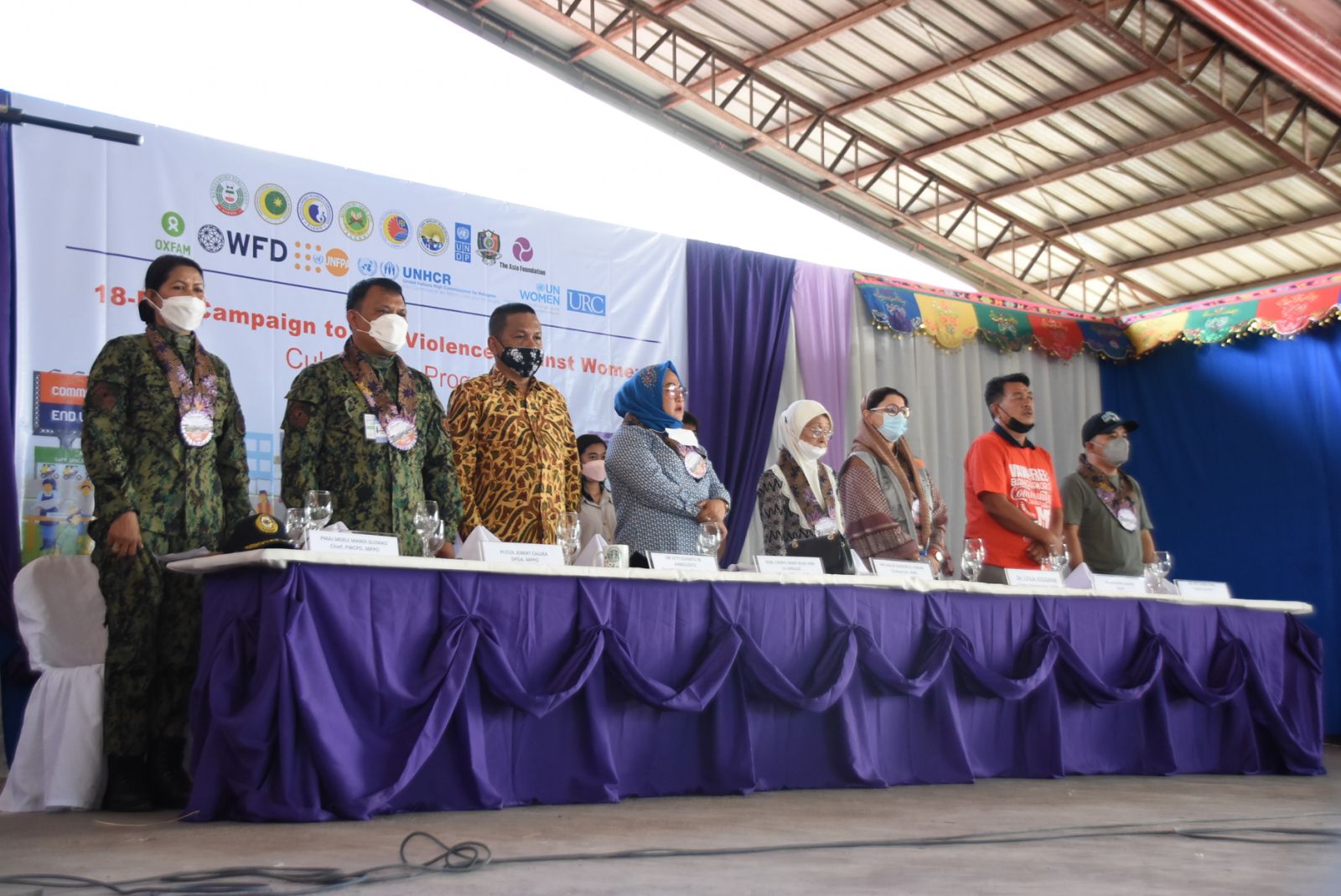 The five khutbah focused on rape, husband forcing sexual relations with his wife, violence against women, trafficking of women and girls, and wife desertion and abandonment.

Karon also urged the public to help BWC in ending violence against women and girls through educating themselves with their rights.

Meanwhile, in BARMM Chief Minister Ahod Ebrahim’s statement, he said that the Bangsamoro Government reiterates its support to the 18-Day Campaign to End Violence Against Women.

“We must foster an atmosphere where everyone responds with compassion and support should there be cases of violence against women and girls. The Government of the Day assures that the victims will be able to find help effortlessly and without the need to deal with further distress,” the statement read.

During Sunday’s activity, the Philippine National Police (PNP)- Maguindanao also re-launched its enhanced guidance notes on the prevention and response to GBV and VAW.