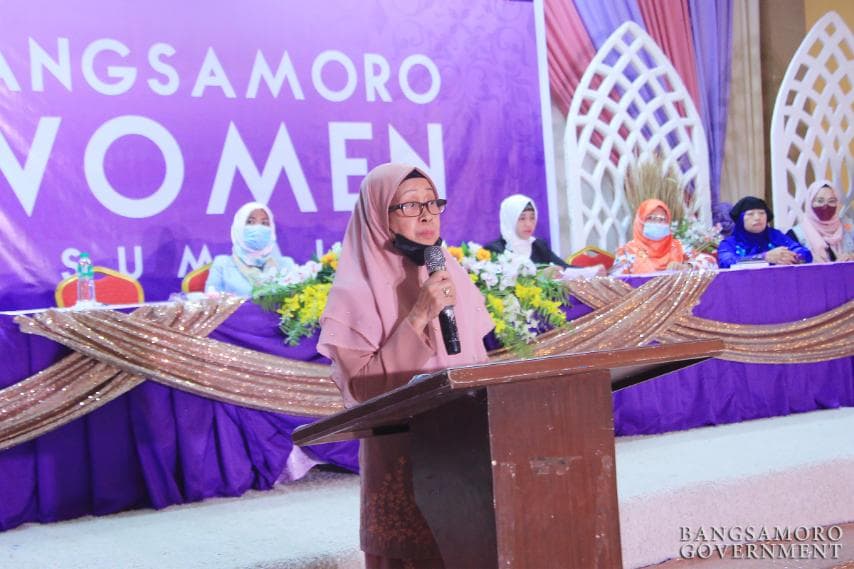 Diverse Bangsamoro women leaders and rights advocates across the region participated in the summit to tackle different issues and challenges faced by women, and to support the advocacy on women’s meaningful political participation in the region.

BWC Chairperson Bainon Karon said she was humbled and excited to be in the company of many women who have found the courage to speak out, make a change, and support each other.

“We give tribute to women, for their strength and achievements, and their capacity to take part in the government’s commitment to
being the change,” said Karon, who is also a Member of Parliament.

Meanwhile, British Ambassador to the Philippines Daniel Pruce said gender and equality and women’s empowerment are the cornerstone of policy and programme work.

“In the past year, we have supported a number of different capacity building activities. We facilitated safe spaces for women’s dialogues, implemented information campaigns that were geared towards strengthening women’s democratic participation, and supported the drafting of Gender and Development legislation to ensure that policies are gender sensitive and gender responsive,” he said.

Some Internally Displaced Persons (IDPs) due to armed conflict also shared their experiences during their stay in the evacuation centers.

One of them, Guiamilan Sayutin, an IDP leader based in SPMS box, said she remained steadfast despite the trials she faced.

SPMS box is a term used by the military on the area where the local armed group Bangsamoro Islamic Freedom Fighters (BIFF) operate. These are the adjoining towns of Shariff Aguak, Pagatin (Datu Saudi Ampatuan town), Mamasapano, and Shariff Saydona, all in Maguindanao province.

According to her, it is not easy to become a leader and a mother at the same time.

The activity was also made possible through the support of UK Government, different non-government organizations, and other BARMM ministries. (Bangsamoro Information Office)