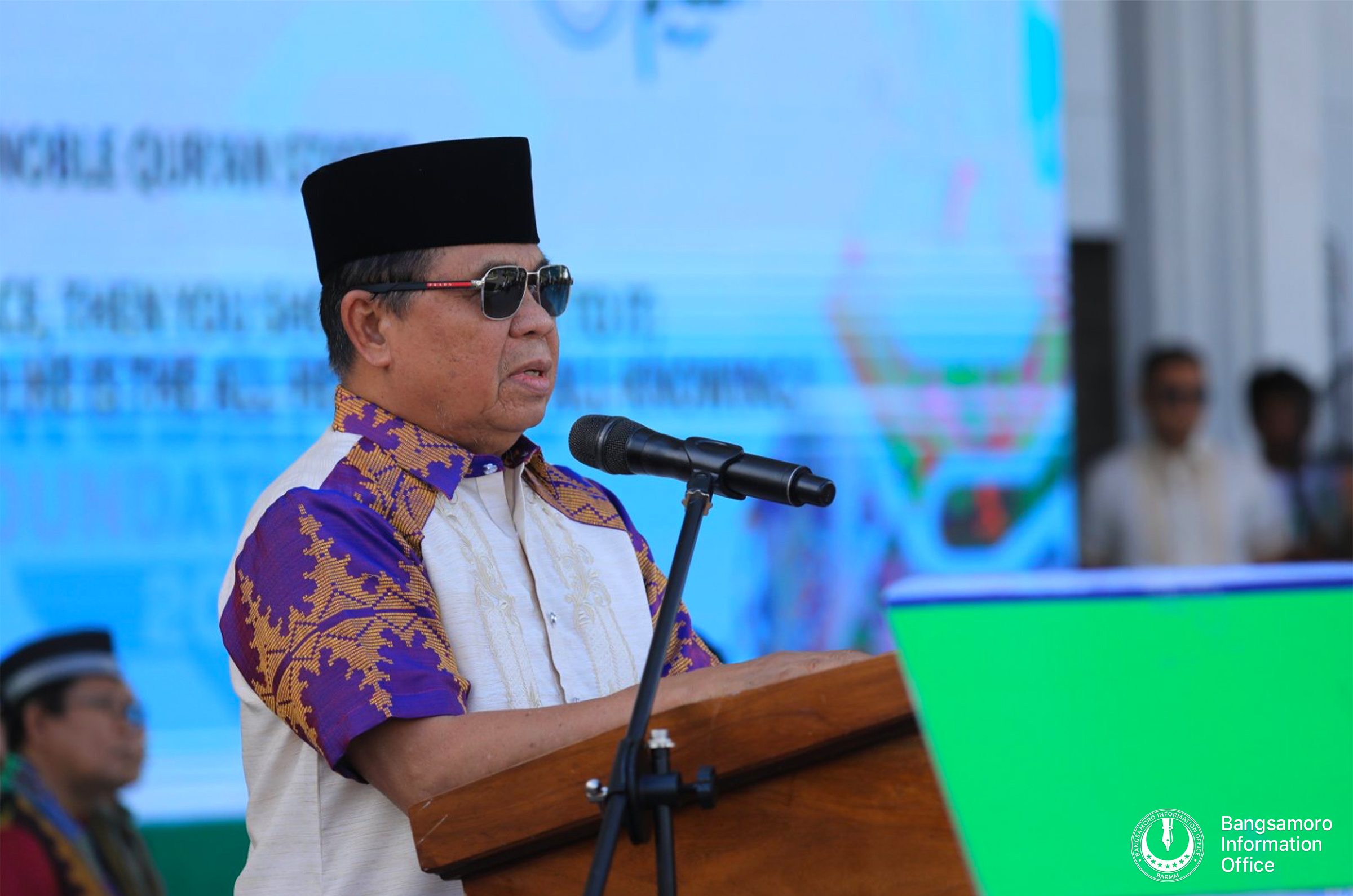 COTABATO CITY—On the celebration of the Bangsamoro Autonomous Region in Muslim Mindanao’s (BARMM) 4th foundation anniversary on Saturday, Jan. 21, 2023, Chief Minister Ahod Ebrahim assured that the region is “heading towards the right direction”.

“Rest assured that we will continue to devote, as we always did, whatever is left of our time here in Dunya for the Bangsamoro,” Ebrahim said.
He emphasized in his ‘Report to the Bangsamoro’ that before the installation of the region, “our people had to go through so much pain and suffering. We had to live a life filled with physical and structural violence.”

Looking back, Ebrahim said the path to peace was never easy.

“The mere fact that we had to work together with individuals whom we once considered as adversaries required the highest level of commitment, understanding, and submission to the will of ALLAH (SWT),” he said.

“Today, as we gather to commemorate that historic plebiscite – we recall not just the triumph of the ratification, but of our cause, the Bangsamoro cause, and honor those who sacrificed for this dream,” Ebrahim said.

Sharing some of BARMM’s major accomplishments, Ebrahim said that to better appreciate the region’s developments and overall direction is to take a look back at its predecessor – the Autonomous Region in Muslim Mindanao (ARMM).

He said the comparison, however, does not mean to belittle the ARMM nor to undermine the efforts of the past administrations.

“Such comparison is intended to determine a benchmark to gauge the effectiveness of the policies and programs we are implementing. After all, anything less than the ARMM is unacceptable,” Ebrahim stressed.

Chief Minister admits though that the Bangsamoro Government still has many governance and development challenges to overcome.

“We have faced many challenges together – from the seemingly endless wars and conflicts, through the struggle, sacrifices, and setbacks, the Bangsamoro has and will always prevail. In shaa Allah,” Ebrahim said.

“As the theme goes, ‘Sama-Samang Pagtataguyod Sa Isang Mas Mapayapa At Mas Masaganang Bangsamoro,’ we can only be successful if we are united,” he added.

Ending his speech, Ebrahim called on his fellow public and civil servants to continue serving the Bangsamoro with pure hearts and sincere intentions.