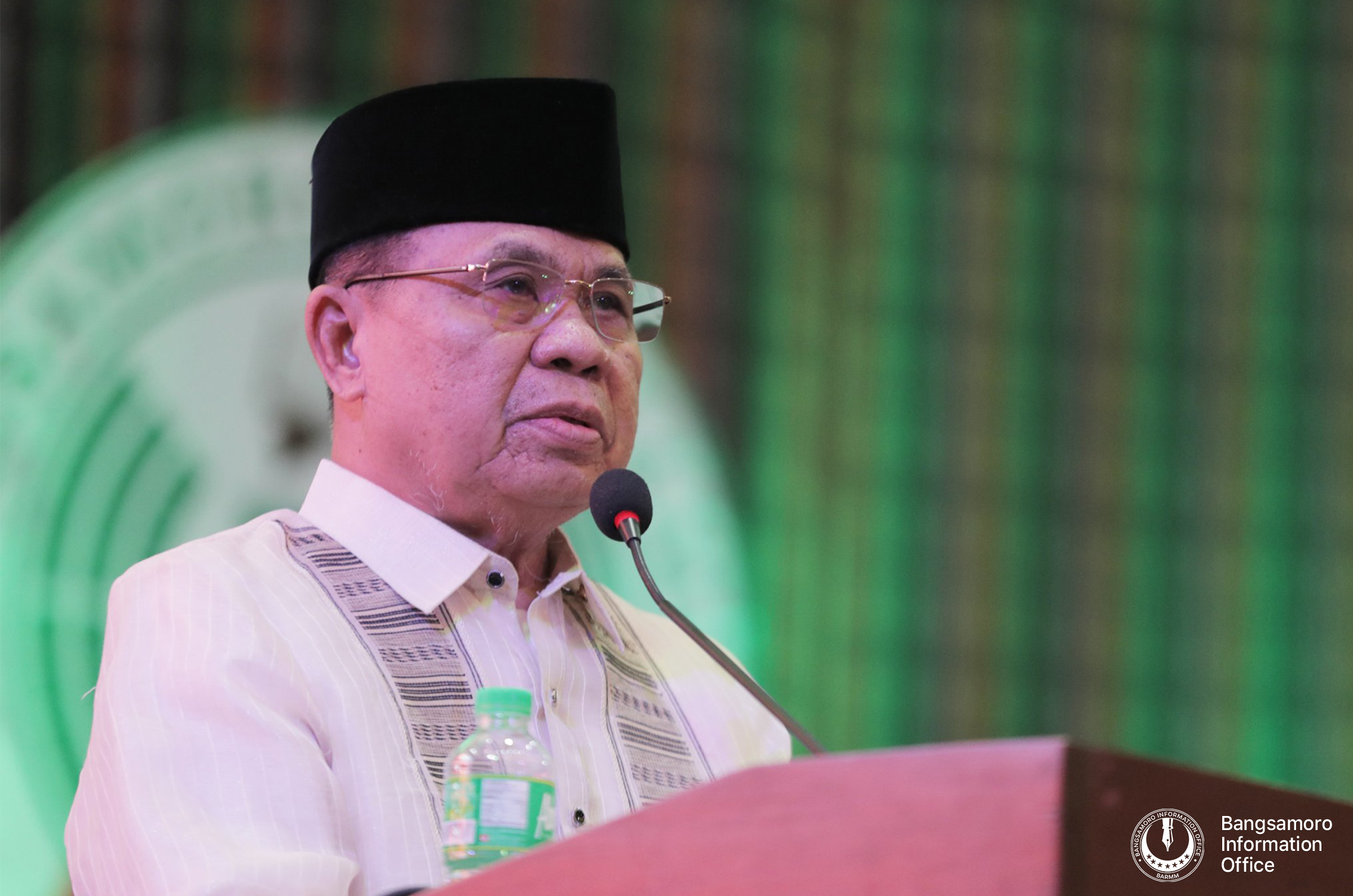 In his report, CM Ebrahim shared some of the notable triumphs of the region for the past three years since the BTA took their oath of Moral Governance in 2019. He said that the regional government has been working tirelessly in building and running a government “we can all proudly call Bangsamoro.”

He underscored that when the interim leaders started navigating the transition phase, it also signified “the most important chapters of the Bangsamoro’s quest for lasting peace and development in our homeland.”

“Let us all reflect at some of the results of the work we have done so far and identify the areas of priority moving forward,” he said.

Part of the recent significant milestones of the BARMM was its 7.5-percent economic growth which made it the second-fastest growing region in the country according to Philippine Statistics Authority.

“Only four regions have surpassed their pre-pandemic economic growth and we are proud to say that we are one of them. Alhamdulillah!,” Ebrahim shared.

He also noted the significant decrease in the region’s poverty incidence among families over the past three years – from 55.9 percent in 2018 to 39.4 percent in 2021 and said, “Despite the double-digit reduction, we are still the poorest region in the country.”

“Some of these challenges cannot even be resolved by the BARMM alone, it needs strong continuing support from the national government, the international community, and the local stakeholders. Be that as it may, what is primordial is to ensure that with the challenges and imperfections, we continue to thrust forward and achieve major and small wins for the region,” Ebrahim emphasized.

He also mentioned that last week, the Philippine Airlines launched its

maiden flight from Cotabato to Tawi-Tawi, its first-ever route within BARMM. He said this development partially addresses the perennial connectivity challenge that the BARMM had to endure for several years.

“The Cotabato – Tawi-Tawi flight also signals the realization of the potential of our region for tourism, trade, and business. As the Southernmost Island welcomes the prospect of more visitors wanting to experience what this beautiful island and its beautiful people have to offer, we are hopeful that the tarnished reputation –often painted with misconceptions and hasty generalization of our region– will be replaced with accurate and peace-promoting stories,” the Chief Minister said.

In continuing the next chapters of the transition period, Ebrahim ensured that the Government of the Day will prioritize the passage of the remaining priority codes and other important legislations.

The Government of the Day has also enhanced its 12-point priority agenda for 2023-2025, as follows:

– Investment in transportation, communication, and other strategic infrastructure,

– Peace, justice, and security, and

“These 12-point priority agenda shall shape our budget, legislations, programs and policies of our region as we move to the next chapter of the transition period,” Ebrahim said.

Ebrahim also emphasized in his report that the establishment of the BARMM is President Rodrigo Roa Duterte’s ‘greatest legacy’.

“The first-ever Mindanaoan president has consistently exercised strong political will, profound leadership, and love for the people in the past six years. These have been particularly evident in the case of the Bangsamoro in which under his term, the passage of the Bangsamoro Organic Law and the creation of the BARMM were finally realized,” he said, adding that the crucial transition period was also extended for another three years.

“These are just some of the reasons why we will be forever grateful to President Duterte  […] As such, I invite everyone to join me in saying ‘Maraming maraming salamat po, Pangulong Duterte’, ” Ebrahim said.

The Bangsamoro Government, Ebrahim said, is optimistic that the incoming administration will continue the gains of the Bangsamoro peace process including the transition period.

“We hope that with the call for unity of President-elect Bong-Bong Marcos, the successful and complete implementation of the Bangsamoro peace process will continue to be a priority under his administration,” Ebrahim said, assuring that there will be strong support and collaboration from the Bangsamoro (and the Moro Islamic Liberation Front) to sustain the peace in the homeland.

“In the coming weeks or months, possible changes would shape the next chapters of this transition period. Be that as it may, I want you all to be proud of what you have done in fulfilling our oath to the Almighty and to our people,” Ebrahim noted.

He concluded his speech by asking the Members of the Parliament to continue being an agent of peace and continue to address the social injustices and make the dreams and aspirations of the Bangsamoro a lived reality. (Datu Norhamidin D. Mamasainged/BIO)