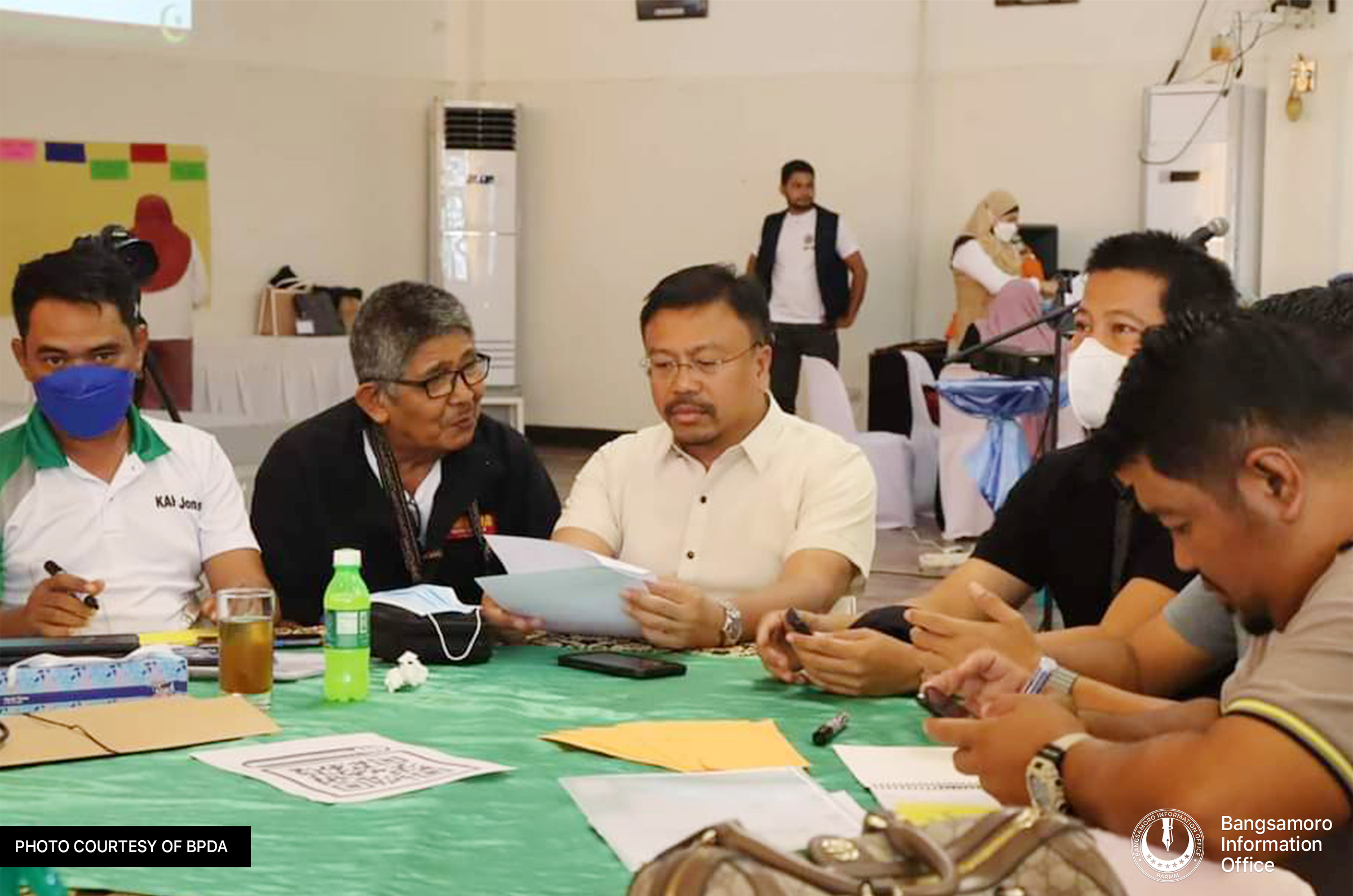 BPDA Director-General Engr. Mohajirin Ali said that the 2nd BDP is underway to sustain the gains and pursue the Bangsamoro Government’s development thrusts, direction, priorities, and strategies for the next six (6) years, noting that the coverage of the 1st BDP will end this year.

“As the head of the technical secretariat, BPDA wants to ensure that as we write the content of the 2nd BDP, we took consideration of our stakeholders to take part in this by providing relevant information to make this plan inclusive,” Ali said.

The Director-General stressed the importance of consulting the LGUs as it will “strengthen the foundation of the said plan” that is anchored to the enhanced 12-Point Priority Agenda of the Bangsamoro Government.

Mayor Mohammad Ali Matabalao, together with other LGU officials and representatives from the twenty-five (25) barangays of the city, departments under the Office of the City Mayor, City Health Office, City Engineer’s Office, and City Social Welfare Development Services, participated in the activity.

The comments and inputs from the LGU and stakeholders were gathered for possible integration in the said development plan. The participants worked with the sectoral committees in identifying potentials, opportunities, and proposed functional roles to support the region’s development.

City Administrator Atty. Aelan Arumpac shared that the city’s overall development thrust is in harmony with the BARMM’s BDP.

“Cotabato City is both honored to get on the BARMM and join taking the ride–a ride to regional development adding that the city is privileged to be one of the nuts and bolts of the BARMM for the attainment of the lingering aspiration for growth and progress in the region,” said Arumpac.

“Cotabato City shall be most pleased to fulfill the role of being the capital city of the Bangsamoro Autonomous Region,” she added.

Meanwhile, with the high hope that this 2nd BDP formulation will be completed on or before this year’s end, BPDA will also spearhead the provincial and other city consultations within the Bangsamoro region to collect relevant data and information relative thereto.

The region-wide consultation is also in partnership with the Support to Bangsamoro Transition (SUBATRA) and United Nations Development Programme (UNDP).
(Kasan Usop, Jr./BIO)