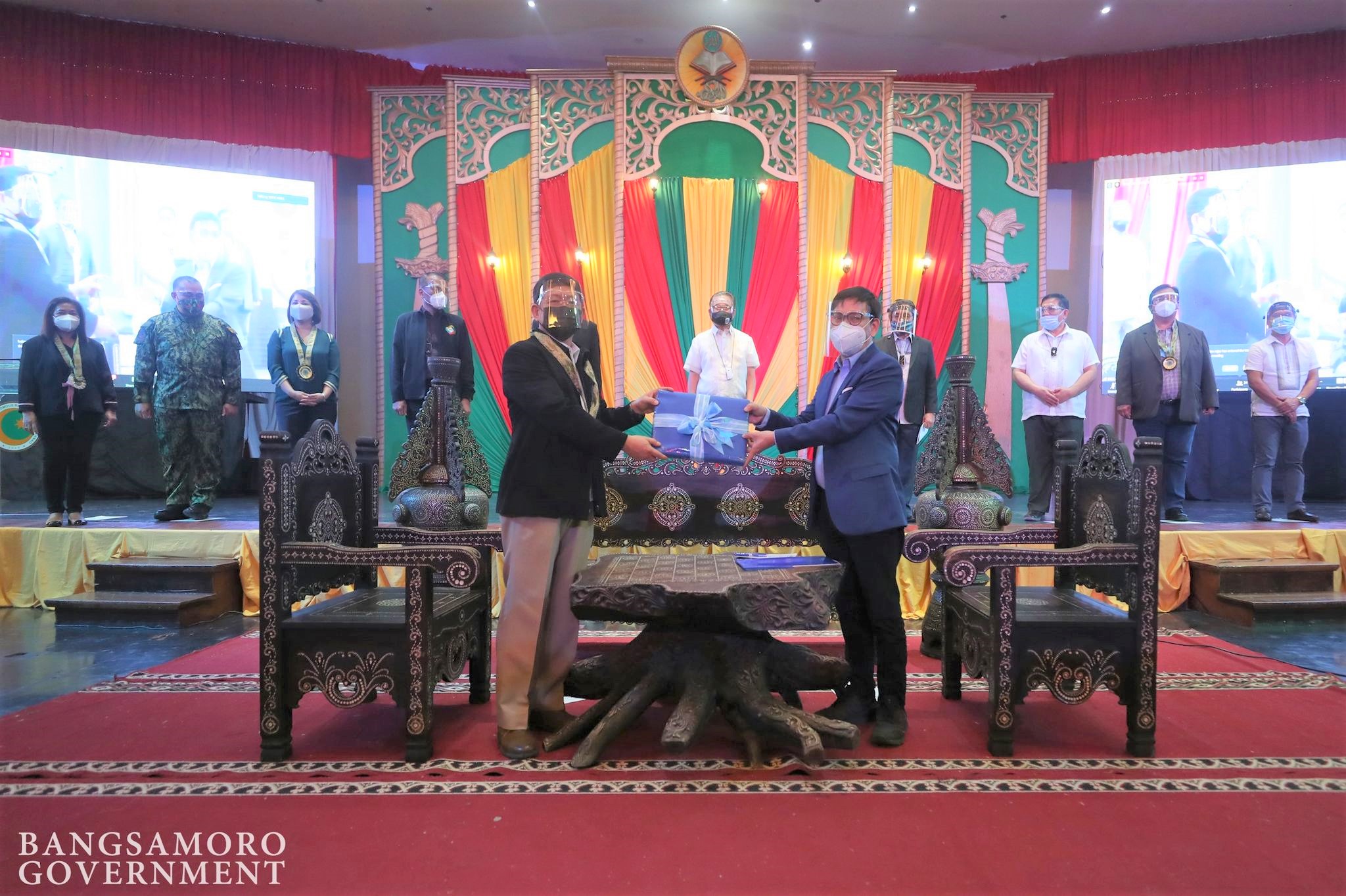 COTABATO CITY – Nearly two years after its residents voted for inclusion through a plebiscite on Jan. 21, 2019, Cotabato City is now officially part of the Bangsamoro Autonomous Region in Muslim Mindanao (BARMM) following a ceremonial turnover held Tuesday, Dec. 15, in the city.

National Secretary of Interior and Local Government Eduardo Año and Interior and Local Government Minister Atty. Naguib Sinarimbo led the ceremony through signing of documents which entail the transfer of supervision of Cotabato City to the BARMM, as well as properties and assets, and movable properties and records of the DILG Cotabato Field Office.

During the ceremony, Año also formally turned over the supervision for the 63 barangays from North Cotabato to Sinarimbo.

“The people have spoken, their outcry for autonomy resounding loud and clear throughout the archipelago,” Año said.

He underscored that through the leadership of Chief Minister Ahod “Al Haj Murad” Ebrahim and MILG Minister Sinarimbo, “we will continue to improve the standard of governance and steer public service to cater to the needs of our Moro brethren.”

“Rest assured that in allowing you, our Muslim fellowmen to retake control of your destinies, the Department of Interior and Local Government (DILG) will not let you tread through this rocky and unfamiliar path alone,” Año said.

On the other hand, Minister Naguib Sinarimbo said the ceremony marks another significant milestone in the implementation of the Comprehensive Agreement of the Bangsamoro as well as the Bangsamoro Organic Law.

“I commit to implement the law and provide all the necessary technical assistance to ensure that this (Cotabato City) local government unit, like all of the LGUs under the jurisdiction of the Bangsamoro Government, are able to optimize their performance,” Sinarimbo said.

Meanwhile, Chief Minister Ebrahim said the Bangsamoro Government is pleased and honoured to accept the responsibility of supervising Cotabato City and the 63 Barangays of North Cotabato as part of the BARMM.

“The historic vote for its inclusion during the 2019 plebiscite on the Bangsamoro Organic Law signals the people’s shared desire for lasting peace, development, and understanding to the Bangsamoro people’s right to self-determination,” he said.

The chief minister assured that BARMM’s development will echo in the city and the 63 barangays, with no constituency left behind regardless of faith, ethnicity, or affiliation.

“We ask our dear constituents to find commonalities among our differences, to choose hope over fear, to choose unity over division, and to work together in co-creating the Bangsamoro – reflective of our shared stories as Moros, Christian Settlers, and Indigenous communities,” Ebrahim said.