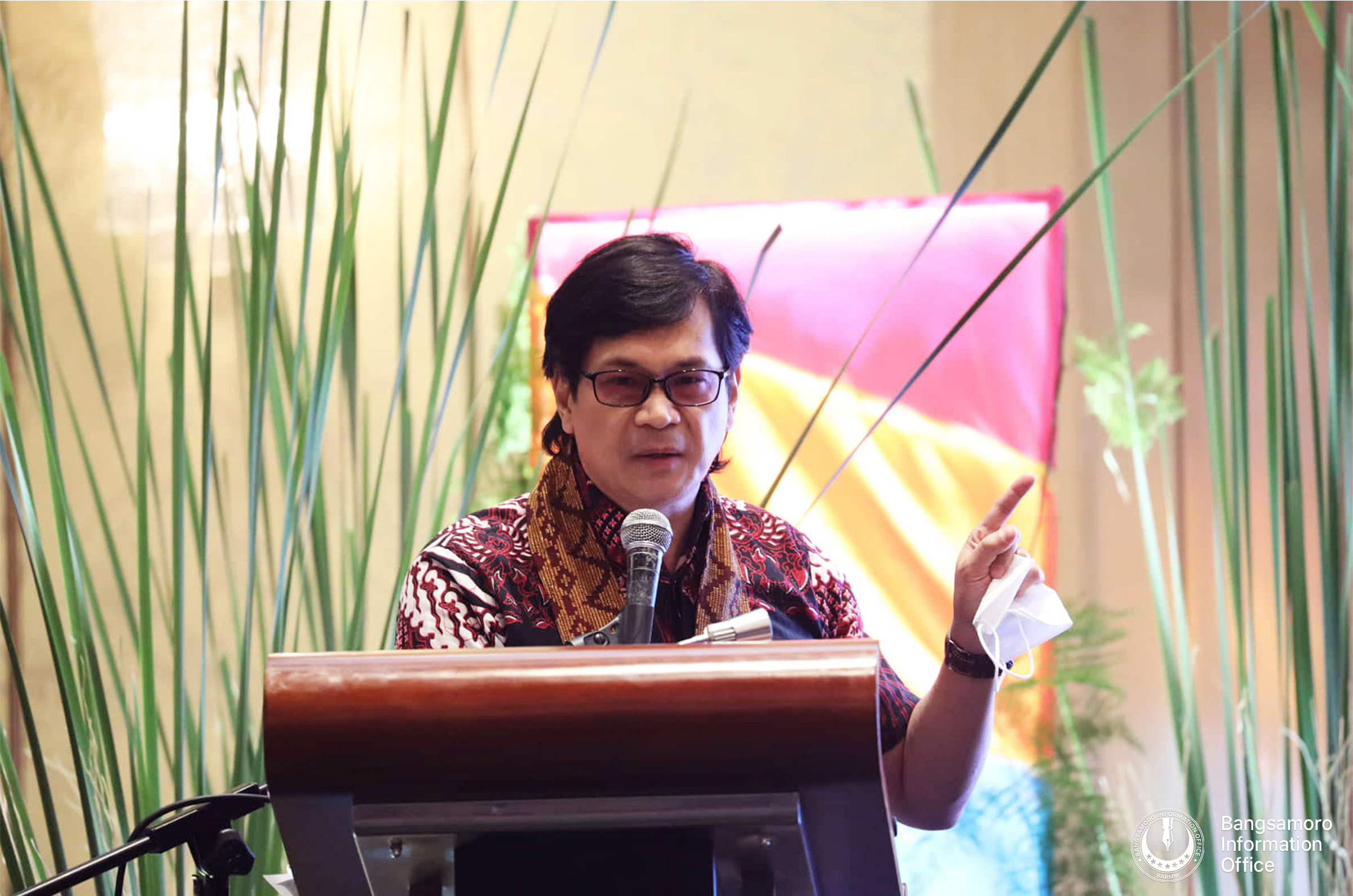 Abalos stressed that he salute the potential and ability of the interim leaders in embracing its core values, saying, “we are indeed on your advocacy of moral governance, transparency, accountability, and justice having solidarity of the people as one country”.

Attended by 89 LCEs from across the BARMM, the orientation, spearheaded by the Ministry of the Interior and Local Government (MILG) and Local Government Academy (LGA), sought to provide avenue for LCEs to understand their power, duties, and responsibilities as newly-minted political leaders.

“I would like to congratulate the performance of your group, the ministers of BARMM, governors, mayors, [and] all of your executives. I was surprised because, despite the pandemic, your grades are very outstanding,” Abalos said.

“The poverty rate level is going down in the BARMM, the agricultural sector is going up, and the Gross Regional Domestic Product (GRDP) is second only to the CALABARZON,” he stressed.

Moreover, Abalos affirmed his support to the region, noting, “your success as a region is also a success for the whole country. We might have different religions and dialects but we are all Filipinos.”

“I’ve been to your place. I would say that you really have a peaceful place at napakatahimik. It is so peaceful right now, and you’ve got the best of the natural resources. I’ve seen your bridges and infrastructure projects,” he added.

The event also provided an opportunity for LCEs to personally interact with the BARMM ministers and pitch their issues and concerns, mainly related to energy resources and coordination with LGUs in setting up infra projects.

In his message, BARMM Chief Minister Ahod Ebrahim reminded the LCEs to be united and embrace the key components of moral governance.

“Each of you is essential to the success of the Bangsamoro government,” Ebrahim said.

“We were called upon to serve the Bangsamoro people and were entrusted their future with us. Let us give back their trust to them through integrity, transparency, accountability, and justice,” the Chief Minister added.

From the Municipality of Saguiaran, Lanao del Sur, newly-elected Mayor Jalalodin Angin said that it is essential to be united in governing the Bangsamoro autonomous region.

“It was a great help that we had this kind of training and dialogue with the regional government because we had the opportunity to express what we want and what is good for our community,” he said.