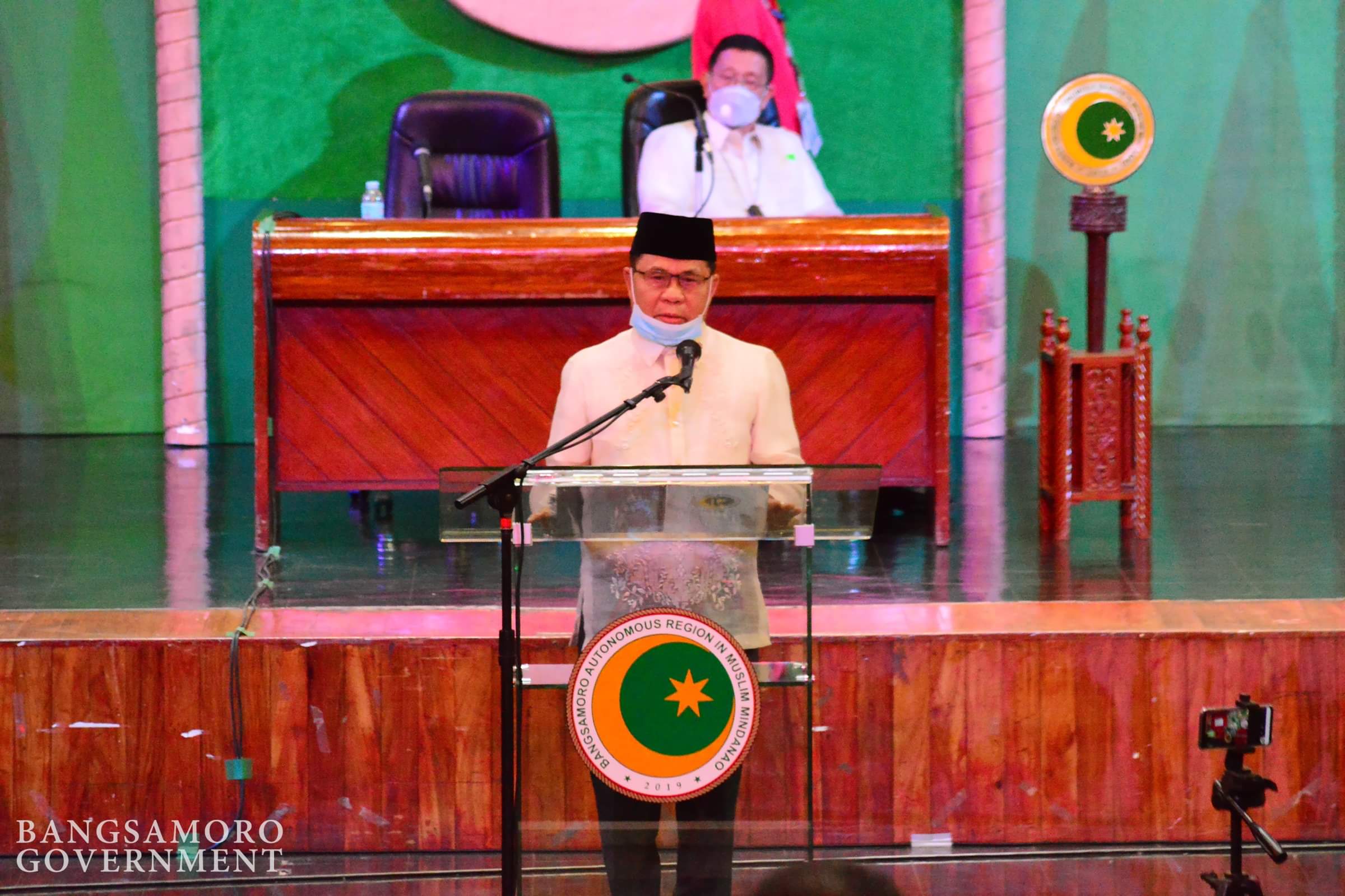 “Today’s Chief Minister’s Hour will focus on what we have done so far and what we intend to do as we continue our war against Covid-19,” Ebrahim said.

He said the BARMM’s key strategies in fighting Covid-19 are divided into six (6) components, namely:

The Bangsamoro Government is one of the first government entities in Mindanao to have procured and provided important medical supplies, such as personal protective equipment (PPE), disinfectant, face masks, medicines, and misting tent, among others to its health and other front line workers. 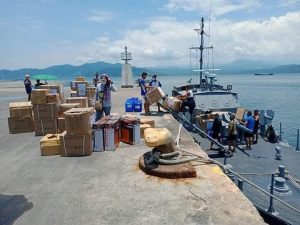 To date, the Bangsamoro Government has provided at least Php44,461,000.00 worth of medical supplies that were distributed strategically to the different provinces of the region.

On April 13, the Bangsamoro Government inked a memorandum of agreement with the Cotabato Regional and Medical Center (CRMC) to formalize a Php14-million worth of assistance that will be used for CRMC’s laboratory upgrade. The following month on May 19, CRMC was given the license to operate. It has been conducting PCR test not only for the BARMM but also for Region XII.

“We are currently processing similar assistance worth 15 million to the Amai PakPak Medical Center in Marawi City in the hopes that it too will be able to conduct PCR test for Covid-19 […] in addition, the Bangsamoro IATF is also looking at improving the laboratory capacity of strategic hospitals in Basilan, Sulu, and Tawi-Tawi, In Shaa Allah,” Ebrahim said.

Ebrahim said, “As of today, the Bangsamoro Government was able to provide at least 433,161 food packs and relief goods to our target beneficiaries that were allocated, accordingly, to the different areas of the BARMM and to the Bangsamoro communities in areas such as Davao, Zamboanga, South Cotabato, and Sultan Kudarat province.”

The Bangsamoro Government also allotted 16,000 sacks of rice to the 80 members of the parliament. 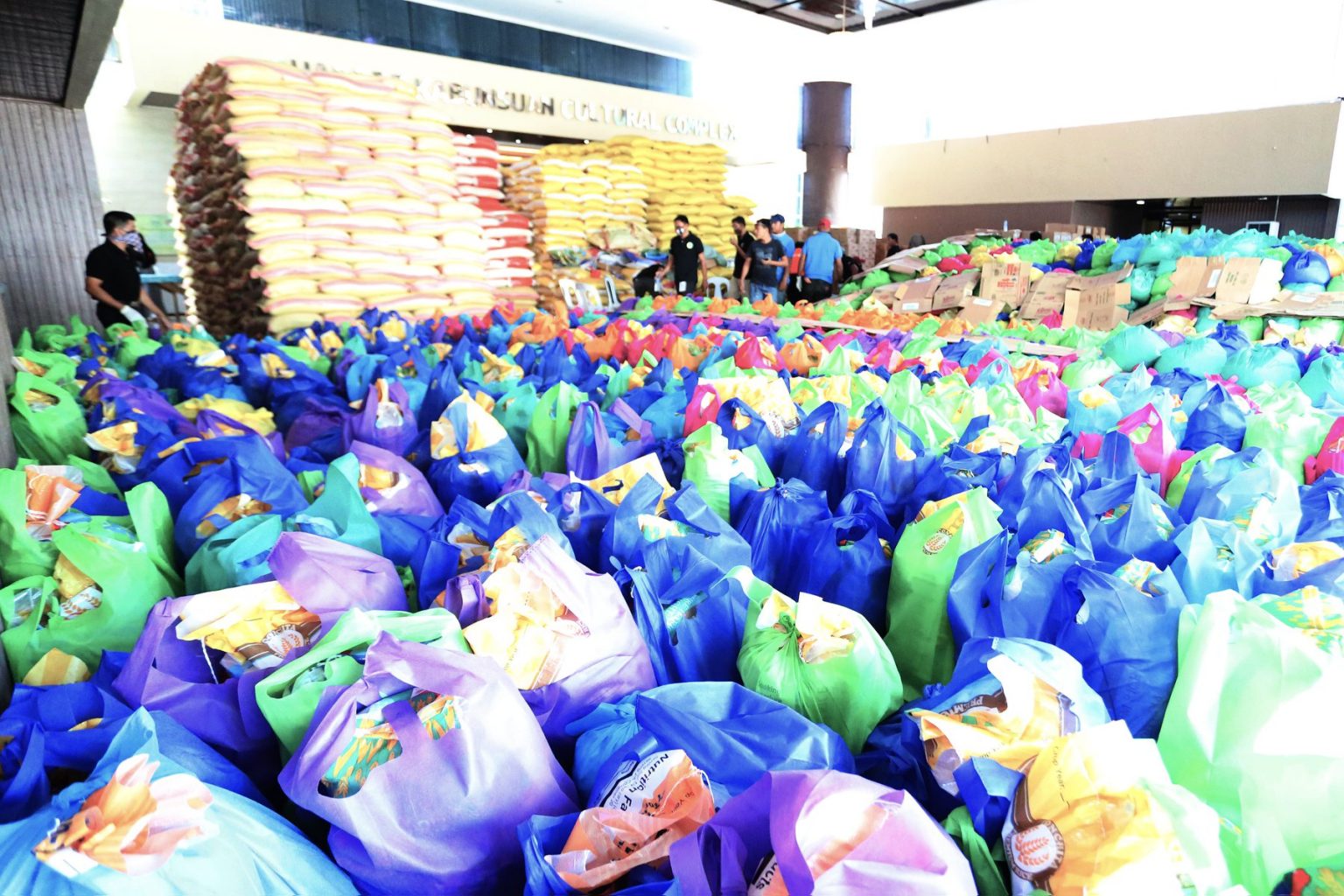 “Through our collective effort in providing basic goods to our people, especially at the peak of the crisis, we were able to make them feel that the Bangsamoro Government is indeed here for them,” Ebrahim said.

The Bangsamoro Government allocated Php155-million worth of emergency augmentation fund to its local government units as they are at the forefront in implementing policies and programs of the region.

Php1-million each was allocated to the region’s 116 municipalities, Php2-million for each city, and Php5-million per province. The fund was used by LGUs to procure medical supplies, augment their relief distribution, provide incentives to the frontline workers, and support LGUs emergency operation center.

In just 40 days, the Bangsamoro Government built a permanent 100-bed isolation center in Cotabato Sanitarium Hospital. Ebrahim said this is on top of the isolation centers prepared, built, or converted by BARMM’s LGUs. 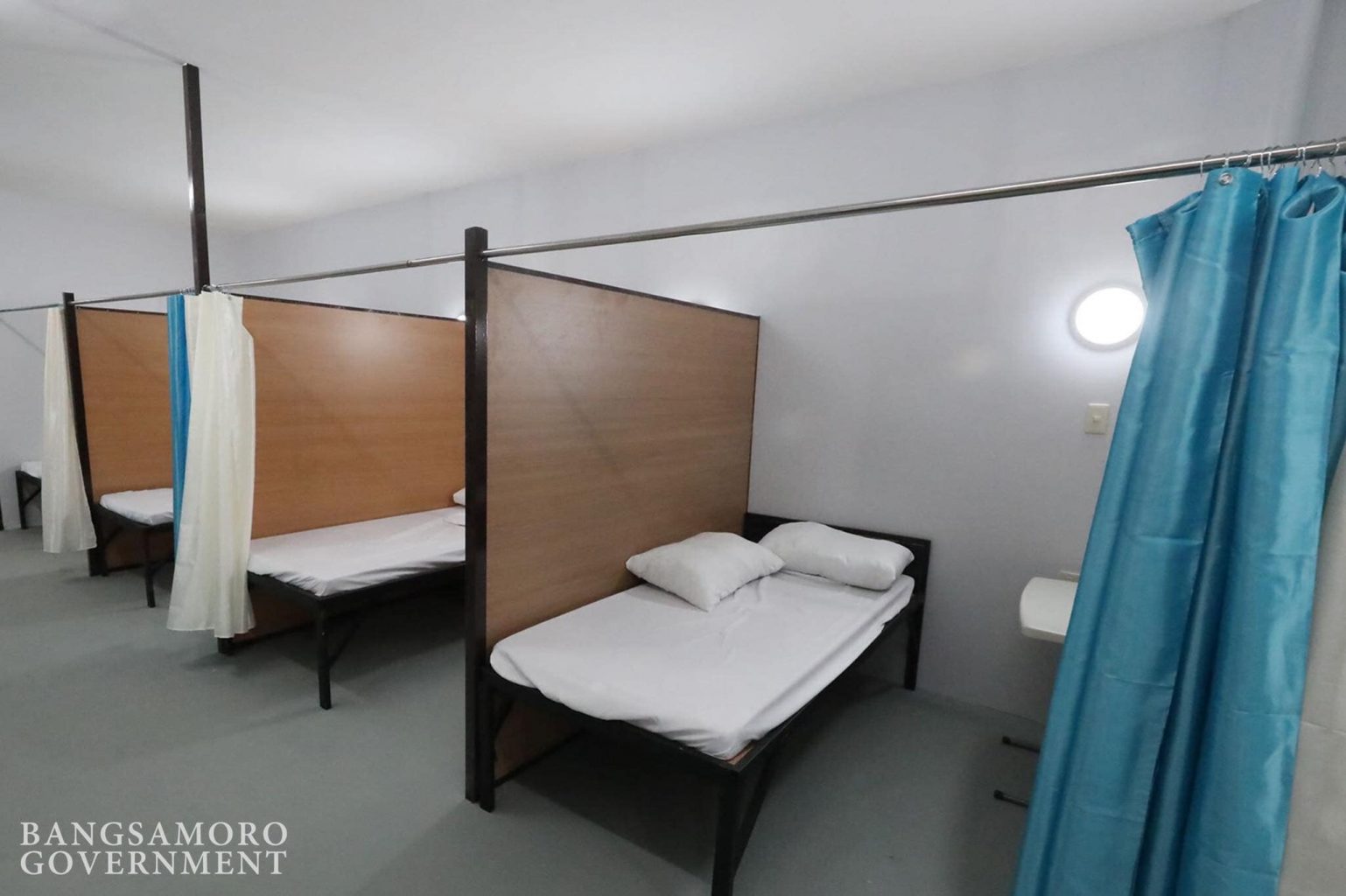 The 100-bed isolation center in Cotabato Sanitarium Hospital was officially launched on May 28, 2020. The building has undergone consultations and met the minimum standards set by the World Health Organization (WHO) for a Covid-19 isolation facility.

“When many, perhaps including some of us here in this hall, cast their doubt as they are used to seeing infrastructure projects in the region often delayed or incomplete, the Bangsamoro Government rose to the occasion. We did not only prove them wrong, we also set a standard for what a ‘Bangsamoro Project’ should be. Kapag sinabing gawa ng Bangsamoro, dapat dekalidad, mabilis, at walang bahid ng kurapsyon,” the chief minister said.

The Ministry of Social Services and Development (MSSD) has distributed the Social Amelioration Program (SAP) assistance to 474, 174 households or 93.5 percent of its target. The total target beneficiaries lodged under the MSSD is at 506,954 households.

Php5,000.00 cash was given to the non-4ps beneficiaries, which include affected informal economy workers, senior citizens, indigent indigenous people, homeless and underprivileged, among others. On the other hand, 4ps beneficiaries Php3,650.00 cash on top of the usual rice subsidy worth Php600.00 and health subsidy worth Php750.00, bringing their total subsidy to an equivalent of 5,000 pesos. 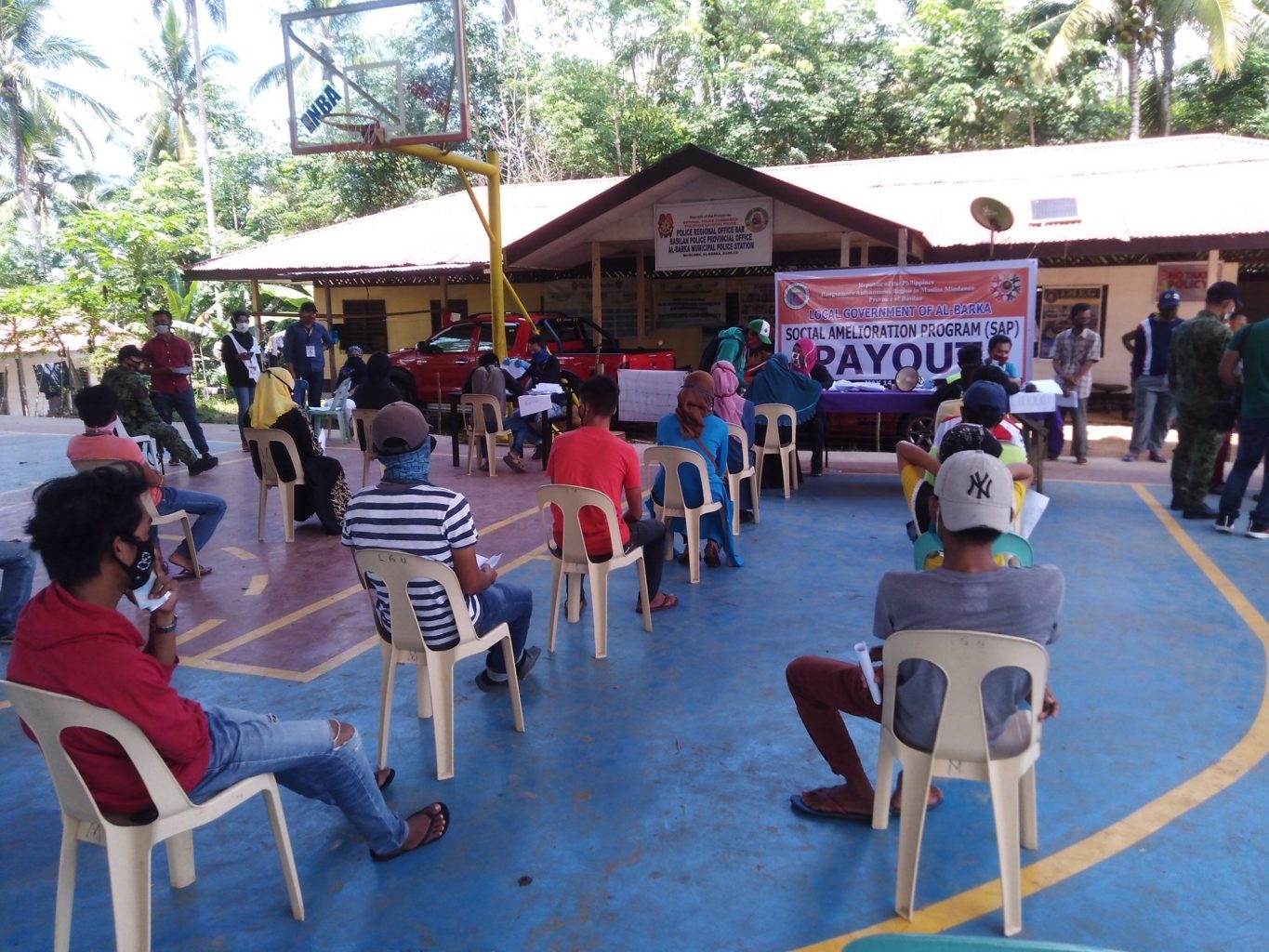 As of April 30, 2020, the Ministry of Finance, Budget, and Management (MFBM) released a total of Php1.9-billion that can be used for Covid-19 responses. The said amount includes the quick response fund, regular budget of pertinent ministries such as the Ministry of Health, MSSD, and Ministry of Interior and Local Government, as well as funds from the Office of the Chief Minister’s special programs particularly the AMBAG (Ayudang Medikal mula sa Bangsamoro Government) and Project Tabang (Tulong Alay sa Bangsamorong Nangangailangan).

“With our cooperation and teamwork, we were able to manage the spread Covid-19 in our area. We can safely say that compared to other regions in the country, we were better with our response and programs. On the first place, our autonomy puts us in a better position to respond to the crisis and protect our people,” Ebrahim emphasized.

“As we move towards the new normal, we will continue to implement programs and policies to ease the pain and suffering brought by Covid-19,” he added.

As of June 24, 2020, the BARMM has reported a total of 104 Covid-confirmed cases in the region. Ebrahim said the sudden surge of the confirmed cases are mainly because of the arrival of locally stranded individuals and returning OFWs “whom we are duty and morally bound to accept.” (Bureau of Public Information)