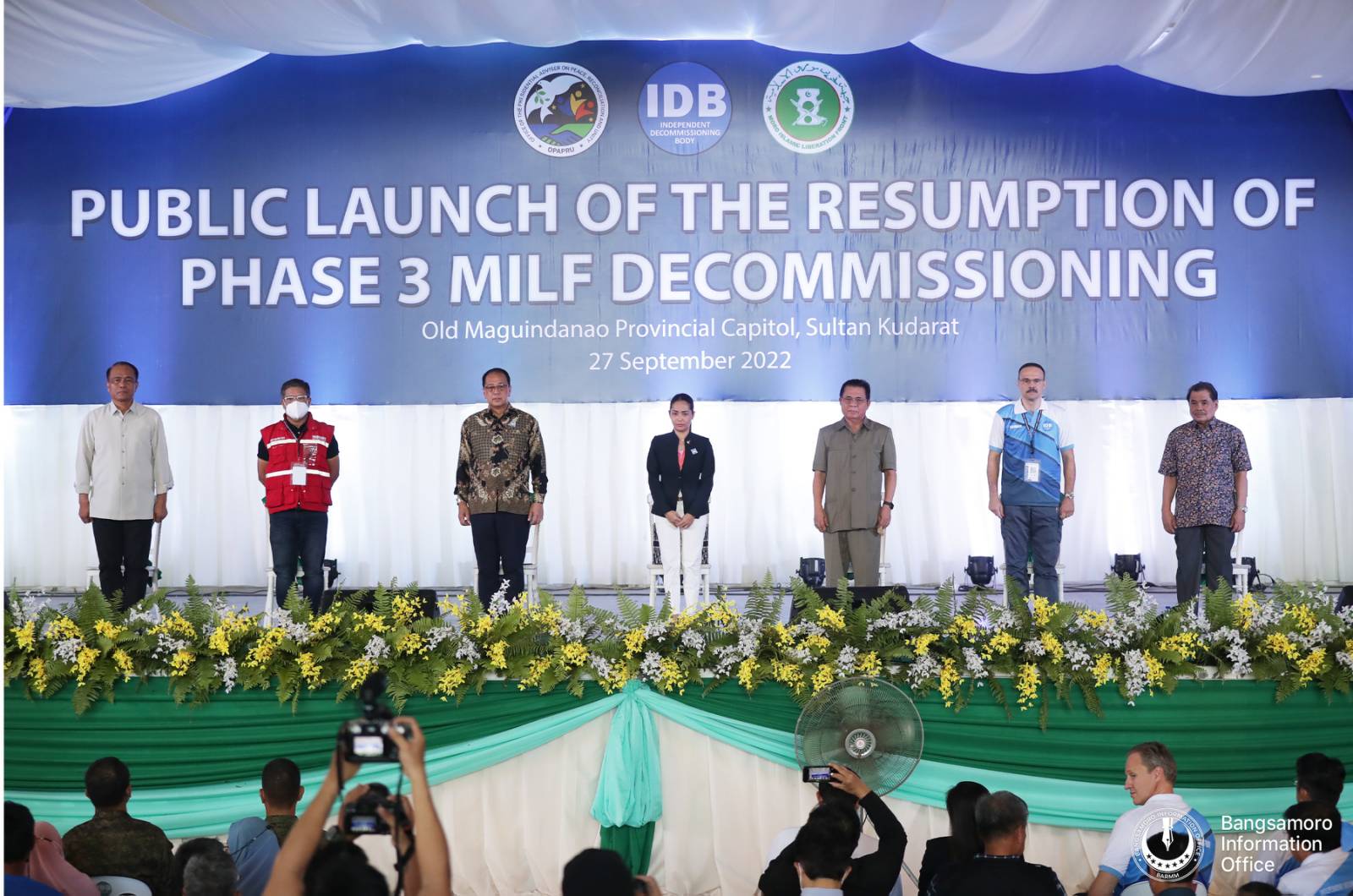 “The Bangsamoro Government hereby expresses its support to the third phase of the decommissioning, as we demonstrate continued pursuit of long-lasting peace,” he said.

“This signifies a new and brighter beginning of our combatants as they integrate themselves into the progressive mainstream society,” Ebrahim explained.

The event is part of the implementation the Executive Order No. 79 or the Annex on Normalization signed by former President Rodrigo Roa Duterte on April 24, 2019. The EO outlines four main aspects of the peace mechanism which included security, socio-economic development, confidence building-measures, and transitional justice and reconciliation.

According to the Office of the Presidential Adviser on Peace, Reconciliation and Unity (OPAPRU), 5,500 combatants were targeted to be decommissioned this year.

Special Assistant to the President Antonio Ernesto Lagdameo Jr., who is the event’s Guest of Honor, missed to attend the program as he was assisting the President in the wake of Typhoon Karding that devastated parts of Luzon.

In his message delivered by Undersecretary Atty. Joahna Paula Domingo, Lagdameo expressed his excitement for the unfolding development in the region.

“I see exciting years ahead and I am glad together with President Ferdinand “Bongbong” Marcos Jr., to see this happen under his administration,” the message read.

It could be remembered that during the inaugural session of the Bangsamoro Transition Authority, the President himself graced the occasion where he ensured the BARMM government his full support.

“We are humbled by the fact that President Ferdinand “Bongbong” Marcos Jr., highlighted the Bangsamoro peace process in his recent appearance at the United Nations General Assembly in New York,” said Iqbal.

Each of the decommissioned combatants will receive transitional cash assistance, core shelters, and livelihood programs.