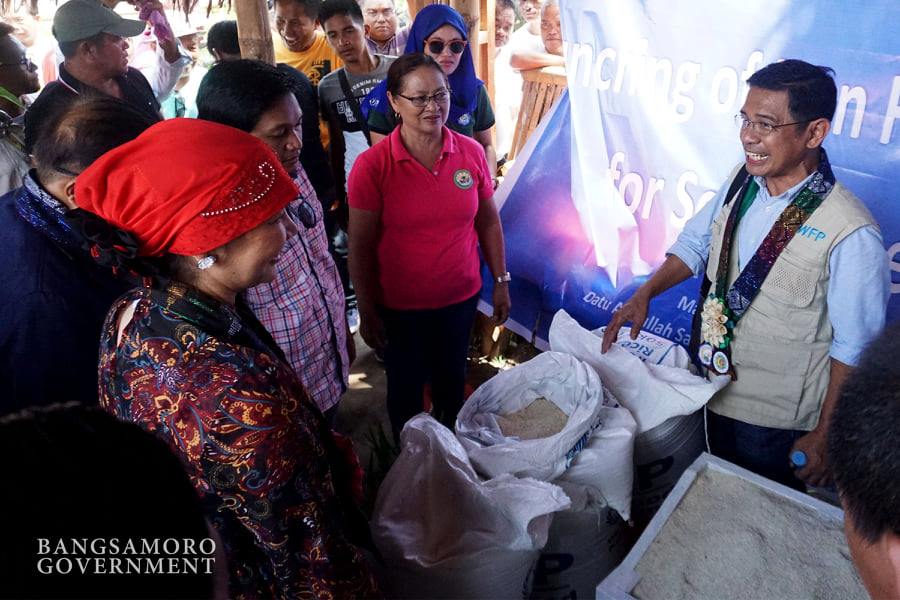 Cotabato City (November 13, 2019) – The Bangsamoro Government’s Ministry of Education and the United Nations World Food Programme (UN-WFP) launched Tuesday, November 12, a feeding program designed to improve the health and school attendance of children in the region.

It aims to help improve the school attendance and performance of children in BARMM by serving them iron-fortified rice during school feeding.

Moreover, it is also expected to benefit local farmers as the WFP will source the rice from them.

The program will be piloted in Maguindanao where it will initially target sixty-nine (69) schools in the twelve (12) municipalities in the province. It is also in pursuance to R.A. 8976 or the Food Fortification Law and the newly signed R.A. 11037 or An Act Institutionalizing National Feeding Program for Undernourished Children in Public Day Care, Kindergarten and Elementary Schools to Combat Hunger and Undernutrition Among Filipino Children.

Iron is a nutrient that is essential to a child’s growth and development. Studies show that iron deficiency can adversely affect a child’s health, and, consequently, their ability to attend and perform in school.

Education Minister Mohagher Iqbal said they will ensure “that no child in the Bangsamoro gets left behind. We need to guarantee that they are not only well educated, but also in good health.”

He underscored that they are not only focusing on interventions that cater to the intellectual, moral and and spiritual development of the children, but also to their physical and mental growth.

The regional government, he said, is investing in a comprehensive health program in schools as part of its 12-point priority agenda.

Dr. Mishael Argonza, head of WFP Cotabato, urged the government officials and the farmers to help each other to achieve total development in Maguindanao and the BARMM in whole.

He said they “are also being challenged to work harder to organise the farmers.”

For her part, Maguindanao Governor Bai Meriam Sangki-Mangudadatu expressed her gratitude to the BARMM and the WFP for selecting her province as the pilot area of the program in the Philippines. (Bureau of Public Information)