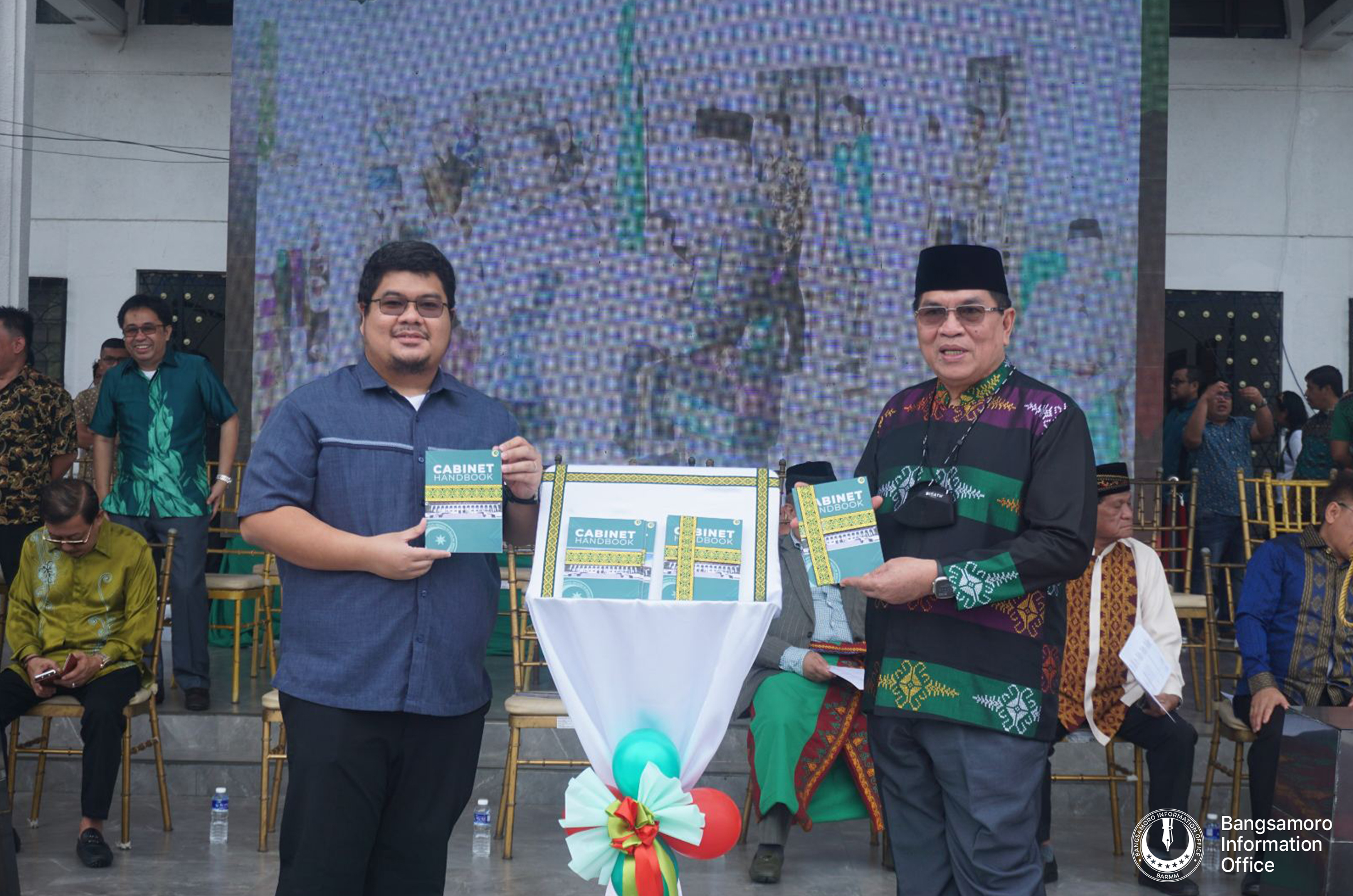 Containing eight chapters, the 55-page handbook serves as the main reference document on operation pertaining to the cabinet—the highest policy-making body in the Bangsamoro Government where important issues are collectively decided based on the principles of Moral Governance.

Chief Minister Ahod Ebrahim who described the handbook as a “masterwork” lauded the team behind the development of such document.

“This is the result of an extensive and comprehensive draft of a framework by the cabinet members to uphold accountability and collaboration,” the leader of the Government of the Day said.

He was hopeful that the handbook may standardize the operation of the cabinet offices to ensure a parallel approach to attaining the shared goal of the Bangsamoro Government.

Meanwhile, CM-ACTS which is now available for download for free for both android and IOS users, is the first-ever institutionalized feedback and feedforward digital solution developed by the regional government.

Prior to its official launching today, its web managers and administrators had undergone extensive training with support from the Bangsamoro Development Agency (BDA) and Support to Bangsamoro Transition (SUBATRA) to ensure that they understood the functionalities of the digital platform.

The web managers and admins were from the different ministries and offices of the regional government, who will be the first receiver of the feedbacks on their respective offices.

Citing the launching of the app, Ebrahim stressed that the interim government is committed to ensure public trust and establish a system of transparency, public engagement, and citizen empowerment.

“This will hopefully ensure that all your voices will be heard,” Ebrahim said.

He further stressed that the handbook and app will gear the interim government to move further from where it is from, where it envisions to become.

“The Cabinet Handbook and the CM-ACTS app are defining proof of how we progressed and what we can attain,” Ebrahim added. (Abdullah Matucan/BIO)