Internally displaced children in Malabang, LDS get aid from MSSD 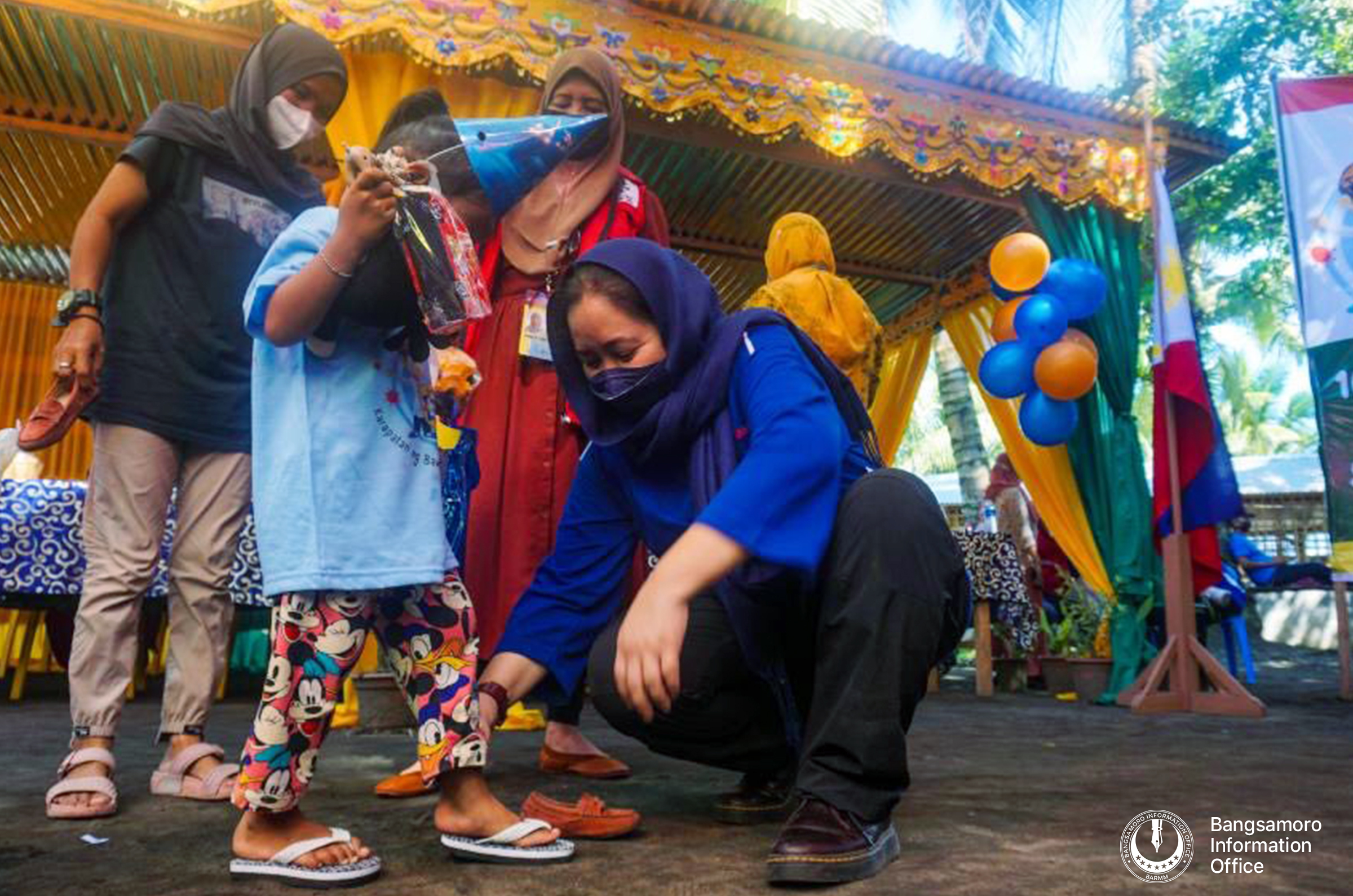 COTABATO CITY – In line with the celebration of the 29th National Children’s Month (NCM), the Ministry of Social Services and Development (MSSD) spearheaded an outreach program for 94 internally displaced children from Barangay Madaya in Malabang, Lanao del Sur on Nov. 19.

Activities such as magic and bubble show, balloon twisting, as well as mascots show were also hired to entertain the children during the activity.

The Ministry of Agriculture, Fisheries, and Agrarian Reform (MAFAR) also joined the program by conducting a feeding program, while the Office of the Chief Minister’s Project TABANG (Tulong Alay sa Bangsamorong Nangangailangan) provided the kids with hygiene kits.

Furthermore, their families also received 25 kilos of rice, some grocery items, psychosocial counseling, and free medical consultation and medicines from the Ministry of Health (MOH).

Under Republic Act No. 10661, the month of November of every year is hereby declared as “National Children’s Month”. This declaration commemorates the adoption of the Convention on the Rights of the Child by the United Nations General Assembly on 20 November 1989, and seeks to instill its significance in the Filipino consciousness.

MSSD kicked off the NCM celebration in the region on Nov. 3 at South Upi, Maguindanao wherein a hundred of Teduray children were provided with various assistance from several ministries and offices of the Bangsamoro Government. (Bangsamoro Information Office)