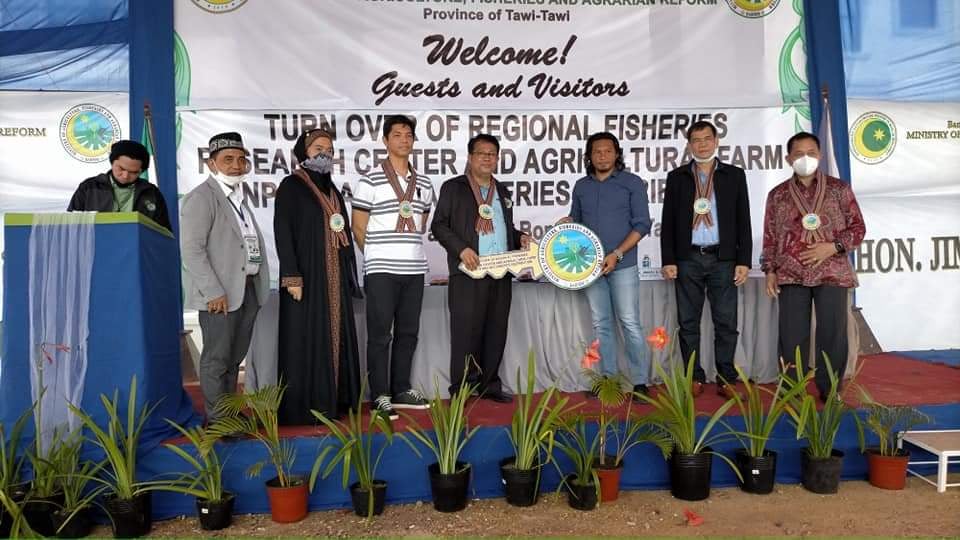 The MAFAR-RFRC is composed of a seaweeds and fish health laboratory, a hatchery for finfish and abalone, a training center, and a dormitory.

The facility will help address and resolve issues and concerns associated with fisheries production. It will also provide new technologies to boost the volume and value of fishery products including other aquatic resources—not only in Tawi-Tawi, but in the entire Bangsamoro region.

Additionally, different agricultural inputs and types of machinery were also distributed by MAFAR to various farmer-beneficiaries in the province.

Also present at the event were Governor Yshmael I. Sali of Tawi-Tawi, Mayor Jimuel S. Que of Bongao, Chancellor Mary Grace Guinto-Sali, and other local officials in the province of Tawi-Tawi.

On the other side, a total of eight (8) Agrarian Reform Program Technologist (ARPT) from MAFAR-Tawi-Tawi took their oath via zoom last Thursday, April 8.

Yacob who administered the oath-taking encouraged everyone to “make themselves more equip in terms of skills and knowledge so as to deliver the expectation of the people they are serving.”

He also reminded the employees to uphold the principle of Moral Governance that is being practiced nowadays in the entire Bangsamoro region. (Bangsamoro Information Office)