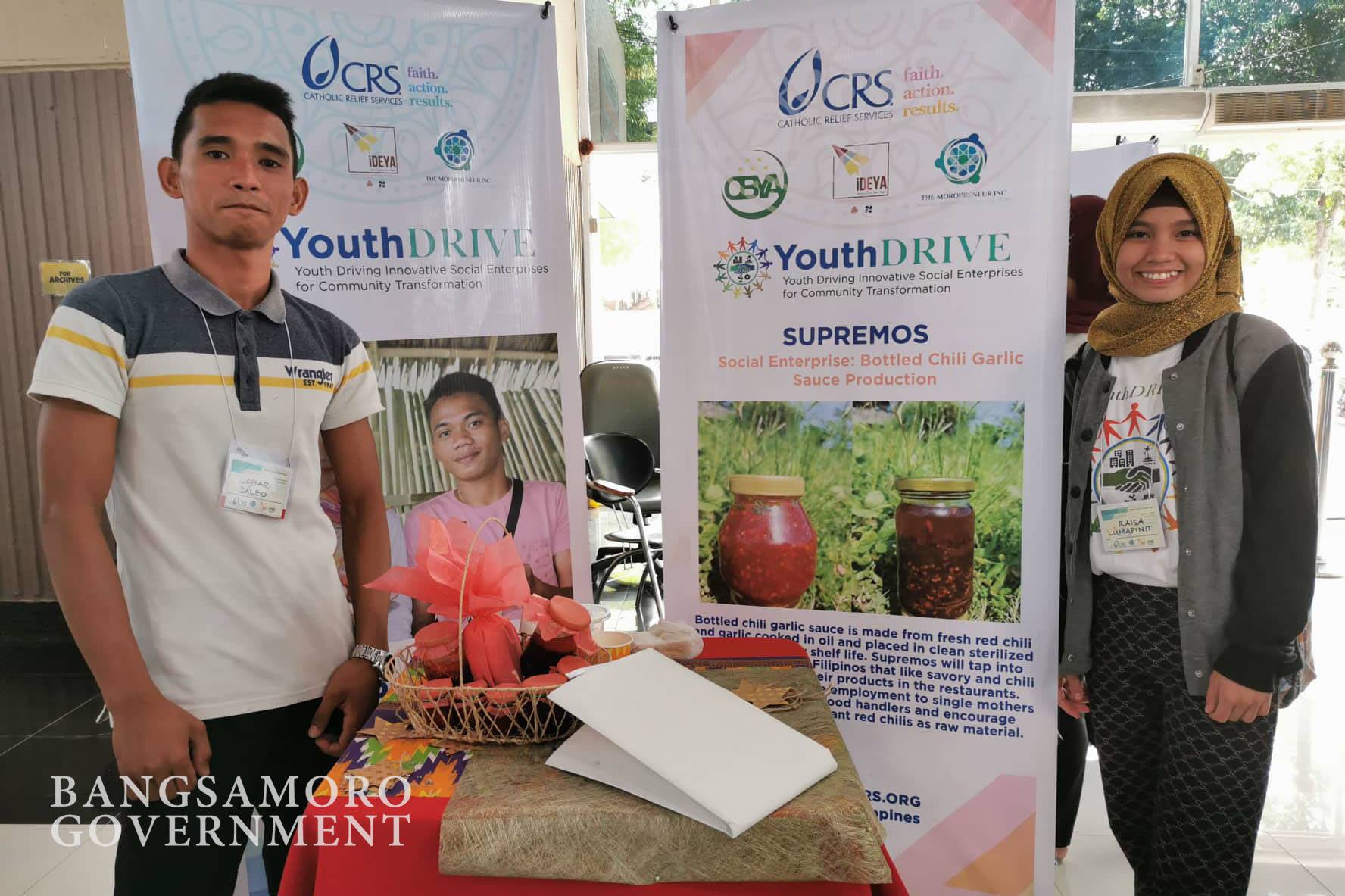 Cotabato City (October 9, 2019) — A number of youth groups from Maguindanao province showcased their innovative products at this year’s YouthDRIVE in Cotabato City.

YouthDRIVE or the Youth Driving Innovative Social Enterprises for Community Transformation was spearheaded by the Office on Bangsamoro Youth Affairs (OBYA) and the Catholic Relief Services (CRS).

The CRS piloted the implementation of the YouthDRIVE in the province of Maguindanao. It engages both out-of-school and in-school youth to give them a chance to generate business ideas, improve their entrepreneurial skills and formally establish their social enterprise.

YouthDRIVE follows the ideation to incubation approach through the facilitation and accompaniment of partners such as the Mindanao State University – Iligan Institute of Technology, IDEYA Project (IDEYA), The Moropreneur, Inc. (TMI) and the Office on Bangsamoro Youth Affairs.

As part of YouthDRIVE, a one-day Business Start-Up Challenge was conducted on October 9 in Cotabato City wherein 11 finalists presented their social enterprise models including their prototypes and business model canvass through 5-minute pitching to a panel of judges.

Six among the eleven teams recieved P80,000 each as winners.

Seventeen years old Raisa Lumapinit, an out-of-school youth from Datu Paglas, said she is happy that her team was selected as one of the winners.

Raisa could not contain her emotion when she heard the announcement.

She said the opportunity given by YouthDRIVE is a big help to her family.

Matthew Macgarry, CRS country representative, said that youth have the potential to be “agents of peace for change.”

“YouthDRIVE is a learning project to understand the motivation factors for youth, both in-school and out-of-school youth to pursue employment and start an enterprise,” Mcgarry said.

Mcgarry was represented by Karen Janes from CRS. (Bureau of Public Information)