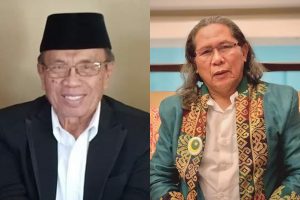 Marawi City (May 23, 2020) – Maranao Members of Parliament highlighted the issues being faced by survivors of the Marawi Siege and vowed to continue efforts for internally displaced residents despite the COVID crisis as the country is set to commemorate the third anniversary of the siege on Saturday, May 23.

Speaking in Maranao, Macapaar emphasized the resounding cry of Marawi IDPs to return and rebuild their homes after years of being unable to do so, as well as their complaints about the failure to address their humanitarian needs in the meantime. He explained that the latter has been particularly problematic since aid has significantly dwindled, stopped, or has been unavailable especially for the many IDPs who are home-based and are not reached by government relief, or those who are not part of the incomplete government database or Kathanor.

“What IDPs want is to return home and rebuild. But they also have urgent humanitarian needs, which intensified because of COVID,” Macapaar said.

“From our hearings, studies, and consultations, we were told of problems in the databasing and profiling efforts. There were difficulties during the data-gathering period. Access was a problem, since some IDPs don’t have the means to even get to the venue to get their names in the list,” Macapaar said.

“As a consequence, many Marawi IDPs are being left behind in relief and government assistance. In some areas, assistance has completely stopped already, or has been unavailable to begin with,” Macapaar added. “This is a problem particularly for those who are home-based, who account for majority of IDPs.”

Macapaar added that IDPs are also calling for more transparency in the delivery, implementation, and timelines of expected interventions from government agencies.

“IDPs want more transparency in the work that respective agencies are tasked to do particularly in rehabilitation, such as laying down basic utilities and facilities like water, electricity, and roads in barangays in the MAA,” he added.

Compounding these problems, according to Macapaar, is the COVID outbreak in the country.

“This crisis affected everyone,” he said. “But we could say that IDPs are doubly affected. Many of them still haven’t recovered from the Marawi Siege, and now they have to face COVID.”

Deputy Chief Minister Solaiman assured IDPs, however, that the Parliament’s work for Marawi Survivors will continue despite difficulties posed by the COVID outbreak.

“We have passed resolutions in Parliament on various issues like compensation for survivors, the military camp, and recovery, reconstruction, and rehabilitation. We were also able to hold multiple consultations and two public hearings, including dialogues with the main players in the Marawi Rehabilitation before COVID happened,” Solaiman said.

“Now more than ever Marawi IDPs need our help,” Solaiman said. “And Maranao MPs will continue working and doing what we can for their welfare.”

“We will submit our report and recommendations, as we are tasked to. We aim to bring to life BARMM’s mandate to support the national government’s rehab efforts, while ensuring that we prioritize the real needs and sentiments of our IDPs,” he added. (###)