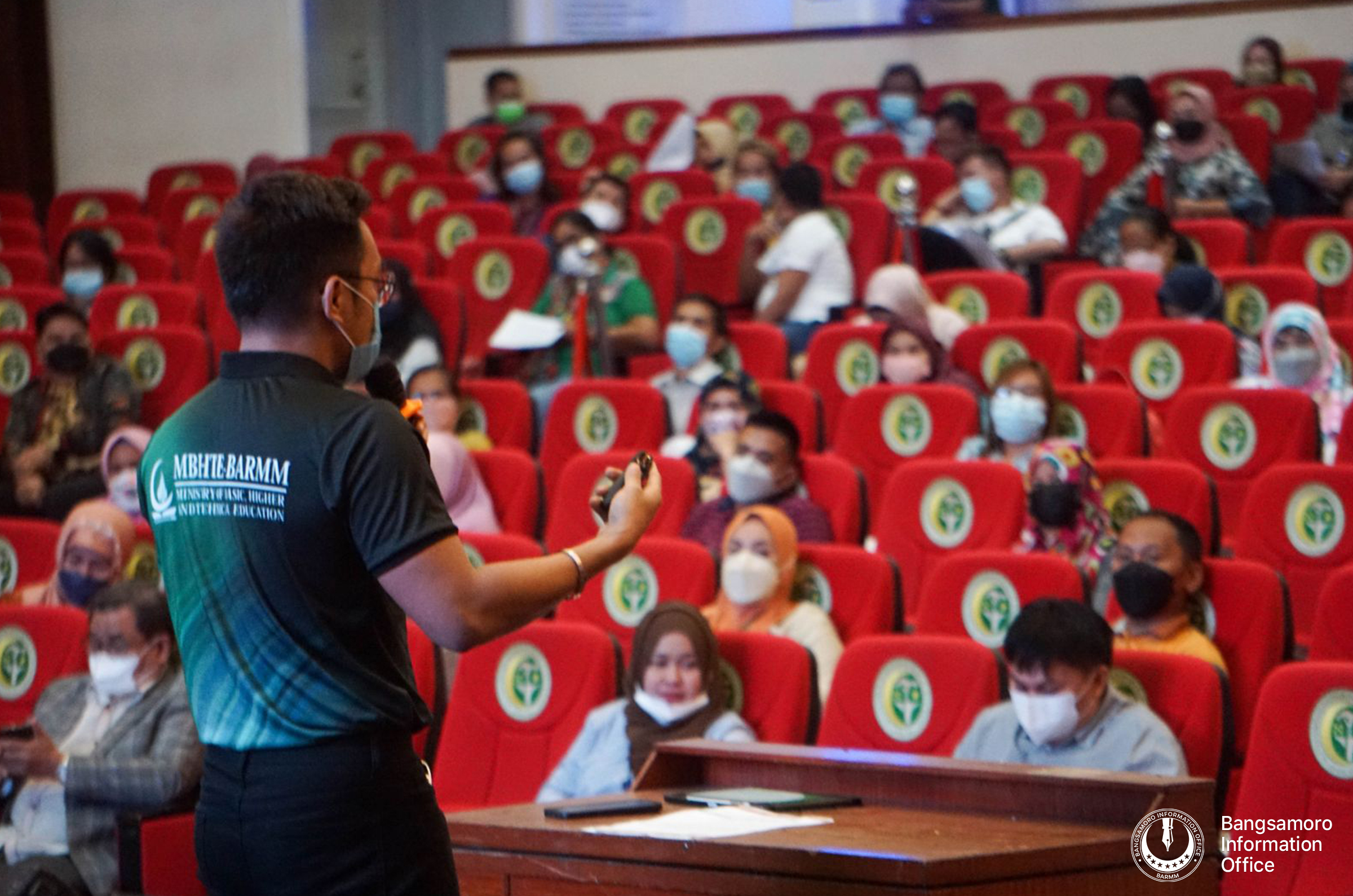 COTABATO CITY— The Ministry of Basic, Higher, and Technical Education (MBHTE) conducted on Tuesday, Feb. 8, an orientation to 200 teachers who were some of the selected Electoral Board members for the first ever national and local elections in the Bangsamoro region this year.

“Being our first, we want it to be the best. We want to set the bar in order to deliver an honest, orderly, and peaceful elections,” said MBHTE Minister Mohagher Iqbal in his speech during the activity held here.

“I cannot do it alone, neither the COMELEC (Commission on Elections) can do it. The only chance we can achieve this hope is through the cooperation of our teachers who will serve as members of the Electoral Board or MBHTE Supervising Officer, the other term for that is the DESO,” Iqbal added.

Forty-five (45) of the participants were from Cotabato City, 135 from Maguindanao I and II, and 20 from BARMM’s Special Geographic Area. A similar orientation will be conducted in the following days for those in Lanao del Sur, Basilan, Sulu, and Tawi-Tawi.

Iqbal mentioned that elections in this autonomous region has ever since been critical.

“Mostly, if not all, the provinces in the defunct ARMM then were considered hot spot and there were no substantial changes at present,” he said, citing that teachers were often subjected to threats, intimidations, violence, and the likes, which is why some decline to serve during election.

“Inshaa Allah, with the coming of the BARMM, a people-centered leadership will be a game changer. It has been the mantra of the BARMM Government to conform to the principle of Moral Governance,” Iqbal said.

“Part of Moral Governance is providing our people the opportunity to choose their leaders freely. Free from all forms of violence, force, intimidation and undue influence. I hope we will help each other in achieving this goal,” he added.

On November 8, 2021, MBHTE and COMELEC signed a memorandum of agreement to protect the rights of BARMM teachers and other personnel who will serve in the 2022 elections. [Read related story: MBHTE, COMELEC agree to protect public teachers in 2022 elections]

During Tuesday’s orientation, MBHTE’s attorneys Dayang Akirah Sansarona and Hamida Mantikayan discussed COMELEC Resolution No. 10727 on the Conduct of 2022 Elections and the Electoral Board and Election Offenses, respectively. (Myrna Tepadan/BIO)