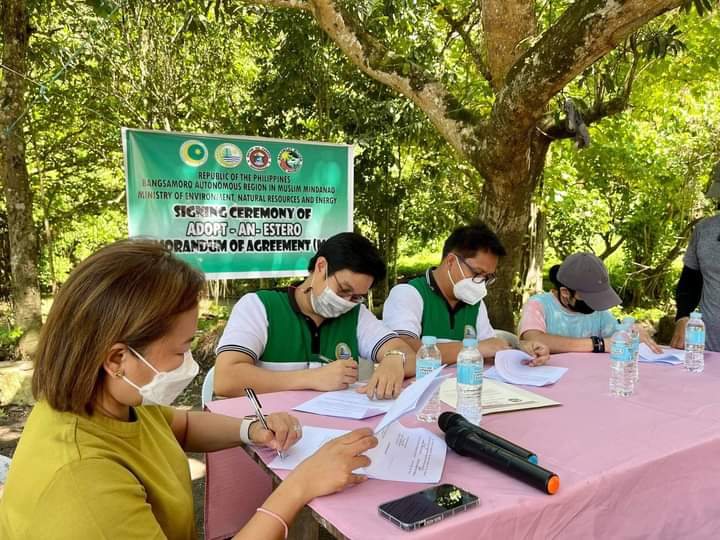 Officials from the Ministry of Environment, Natural Resources, and Energy (MENRE) signed a memorandum of agreement with the local government of Parang Municipality on July 24 for the protection and preservation of the town’s Nituan River. [Photo from MENRE]

COTABATO CITY – The Ministry of Environment, Natural Resources, and Energy (MENRE) on July 24 entered into an agreement with the local government unit of Parang Municipality in Maguindanao to protect and preserve the Nituan River at the town’s Barangay Nituan.

This is in line with MENRE’s implementation of the Adopt-an-Estero Program, which is a collaborative undertaking between and among the ministry, communities, donor-partners, LGUs, and other government agencies.

The program aims to clean waste, debris, and silt from the esteros, mobilize the communities near the esteros for cleanup activities, and prepare and implement plans for the sustainable cleanliness of esteros and other water bodies in the region.

“For 2021, target ng MENRE-EMS to adopt and rehabilitate 20 esteros/creeks under the Environmental Regulations and Pollutions Control Program. Per quarter, urged sila to adopt five estero/creek,” he further explained.

Since March this year, MENRE has already signed similar agreement with seven (7) stakeholders in the provinces Maguindanao and Lanao del Sur.