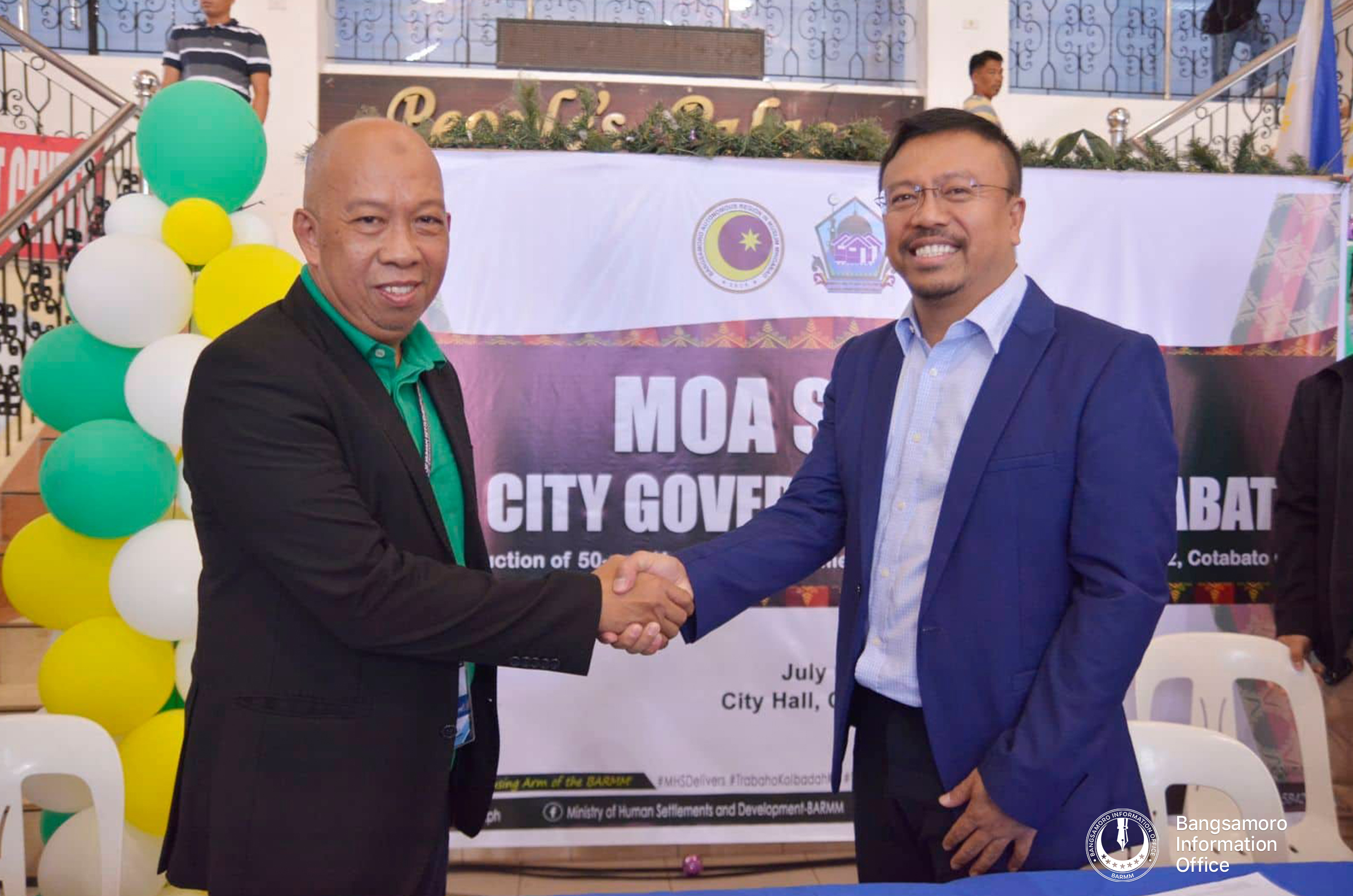 COTABATO CITY — Qualified residents of this city will soon have their own houses ollowing today’s successful signing of a Memorandum of Agreement (MOA) between the BARMM’s Ministry of Human Settlements and Development (MHSD) and the City Government of Cotabato for the construction of 50 housing units in Sitio Bubong, Barangay Kalanganan II.

Worth Php31.7-million, the houses will be designed with a living room, kitchen, comfort room, and two bedrooms, and will be completed with water and electricity connection. The project is funded through the General Appropriation Act of Bangsamoro (GAAB) 2022.

Matabalao shared that since his assumption to office last week, the Bangsamoro Government already poured roughly Php900-million worth of infrastructure projects to the city.

On the other hand, Director-General Ebrahim disclosed that aside from a new home, the beneficiaries will also get a certificate of land ownership.

He also mentioned that the MOA signing was historic as it was the first ever agreement the city government has entered into with the MHSD.

During the ceremony, MHSD also turned over the check amounting to to Php 31,785,700.00 for the project’s implementation.

The city government and the MHSD will work hand-in-hand to ensure that the project will be fully implemented, and qualified beneficiaries will be identified. (Abdullah Matucan/BIO)