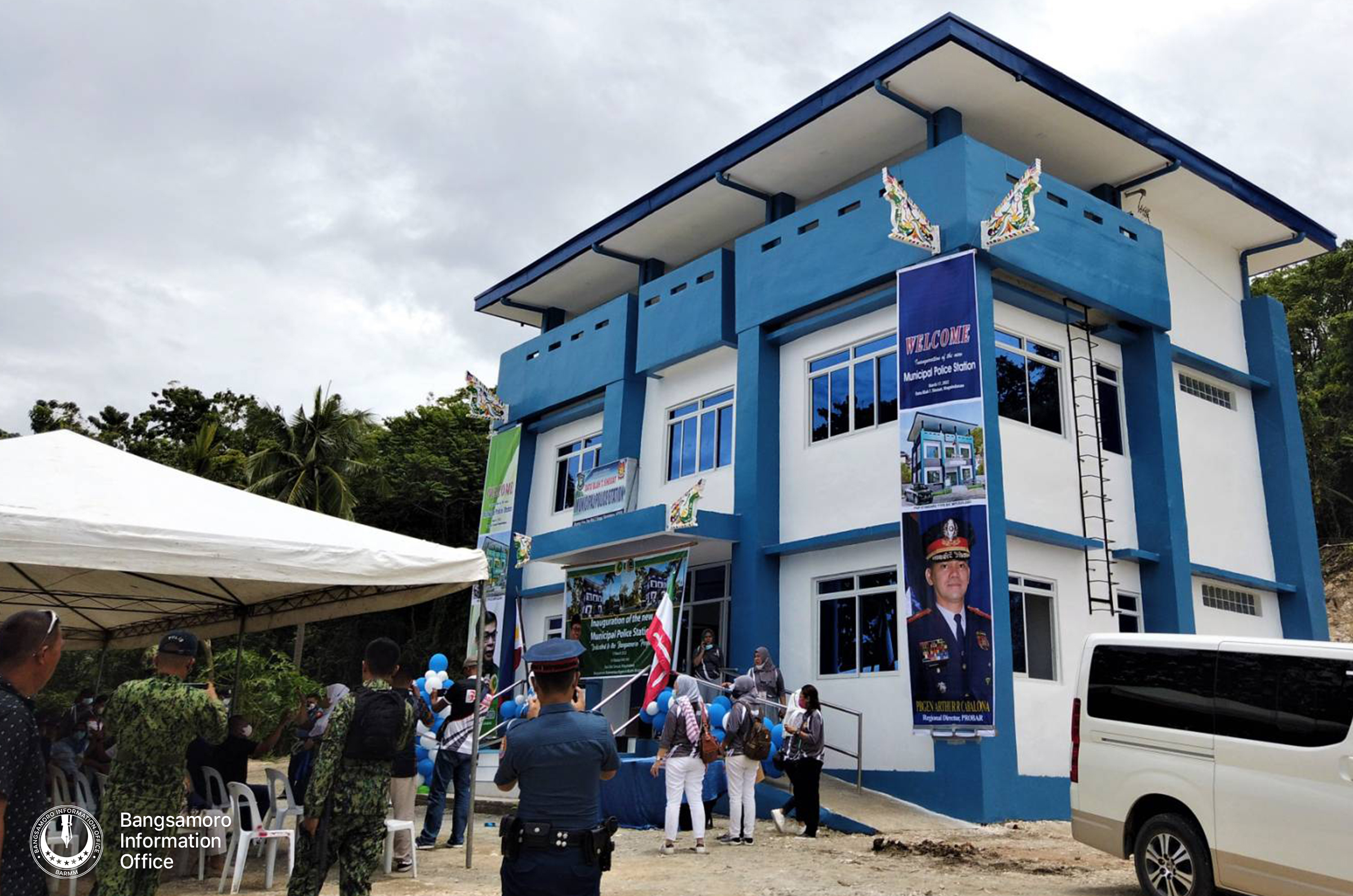 COTABATO CITY  – Members of the Philippine National Police (PNP) at Datu Blah Sinsuat (DBS) Municipality in Maguindanao can now utilize their brand new police station as the Ministry of the Interior and Local Government (MILG) unveiled the structure Thursday, March 17.

Worth P6.25-million, the 3-storey police station was funded through the Bangsamoro Appropriation Act (BAA) 2020. It is situated on the elevated portion of Barangay Pura in DBS fronting the coastal area of the town.

On his acceptance speech, Police Brigadier General Arthur Cabalona expressed his gratitude to the leadership of BARMM for its various support to the police force.

“This municipal police station building is a testament of the BARMM government’s support to its constituents. This will cater to the needs of our law enforcers and the community as a whole,” said Cabalona.

He stressed that provision of such conducive workplace will enable the PNP to provide quality public services to the peace-loving citizens of the municipality.

DBS Mayor Datu Marshal Sinsuat also thanked the regional government for its continuous support emphasizing that “if it wasn’t for BARMM, they couldn’t have a police station.”

“We don’t have a police station hence we let our police utilize the Barangay Hall of Pura,” said Sinsuat.

“Chief Minister [Ahod Ebrahim] instructed our office and the rest of the ministries to expedite the implementation of all projects,” said Sinarimbo.

Sinarimbo also disclosed that for this year, 14 municipal police stations across the region are expected to be completed.

Also present during the event was BARMM Senior Minister Abdulraof Macacua who commended the leadership of PNP for being active in all aspects of combating crime.

“With the active presence of General Cabalona, I’m sure we could lessen the criminal activities in BARMM,” Macacua said.

Macacua added that infrastructure like the police station symbolized that there is a working government hence he calls for cooperation in uplifting the image of the law enforcers.