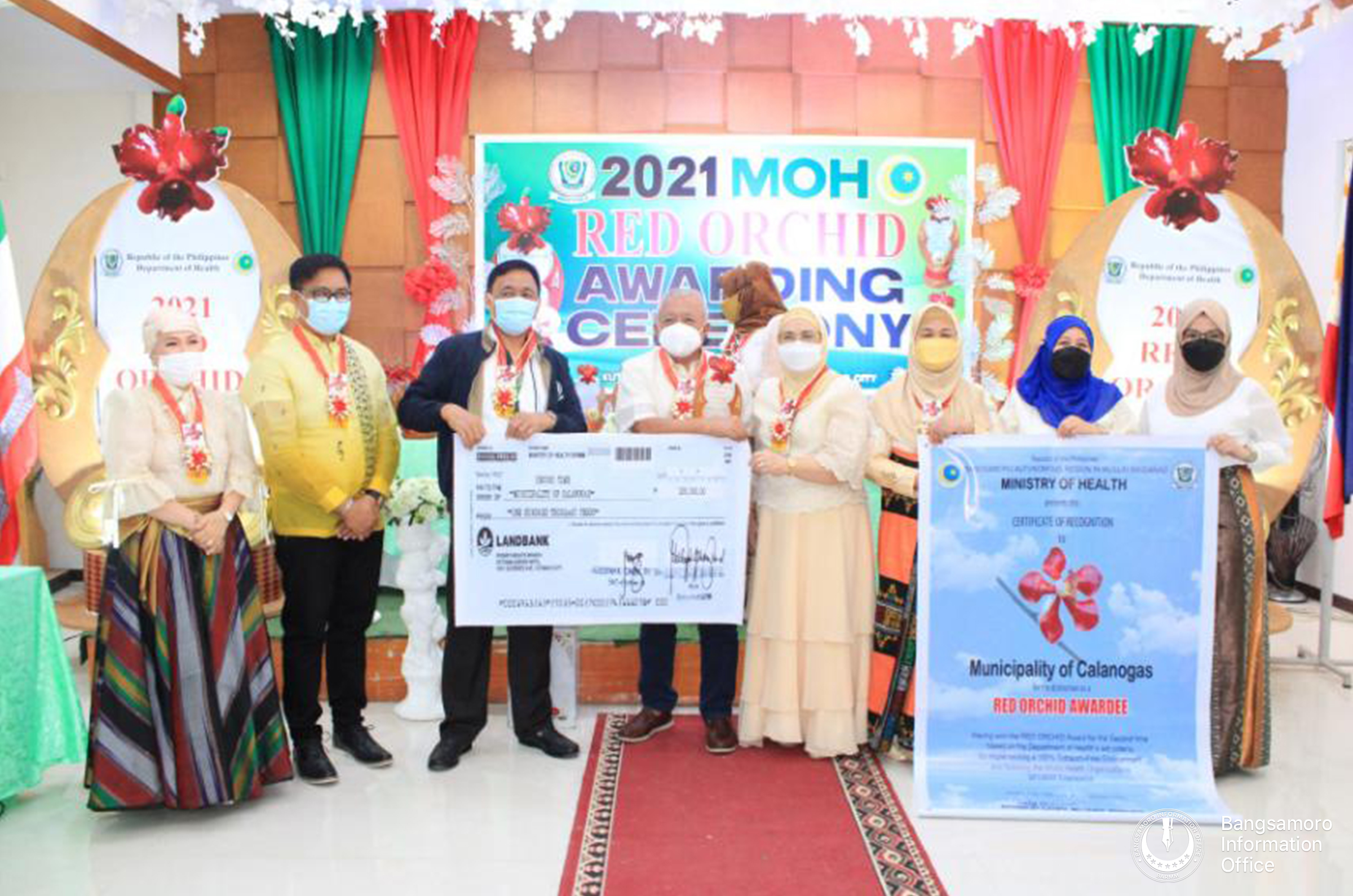 “The Red Orchid Awards, is the first of its kind in the world in giving out recognition to cities, municipalities, government offices, and health facilities that are strictly enforcing tobacco control measures,” MOH Minister Bashary A. Latiph said.

LGU category include the municipalities of Kapai and Calanogas of Lanao del Sur.

“Aside from trophies and certificates, the Hall of Fame awardees received Php500,000.00 project grant to sustain their tobacco control activities, while the LGUs proclaimed as Red Orchid awardees this year will receive additional Php100,000.00 worth of drugs and medicines that they can use for smoking cessation of non-communicable diseases,” Minister Latiph said.

The winners are chosen based on the strength of their comprehensive efforts to implement a 100% Tobacco-Free Environment following the World Health Organization’s “MPOWER” initiatives.

The Red Orchid Awards was created a year after 2009 when the Department of Health issued the comprehensive 100% Smoke-Free Environment Policy or Administrative Order No. 10. (Majid Nur/BIO)