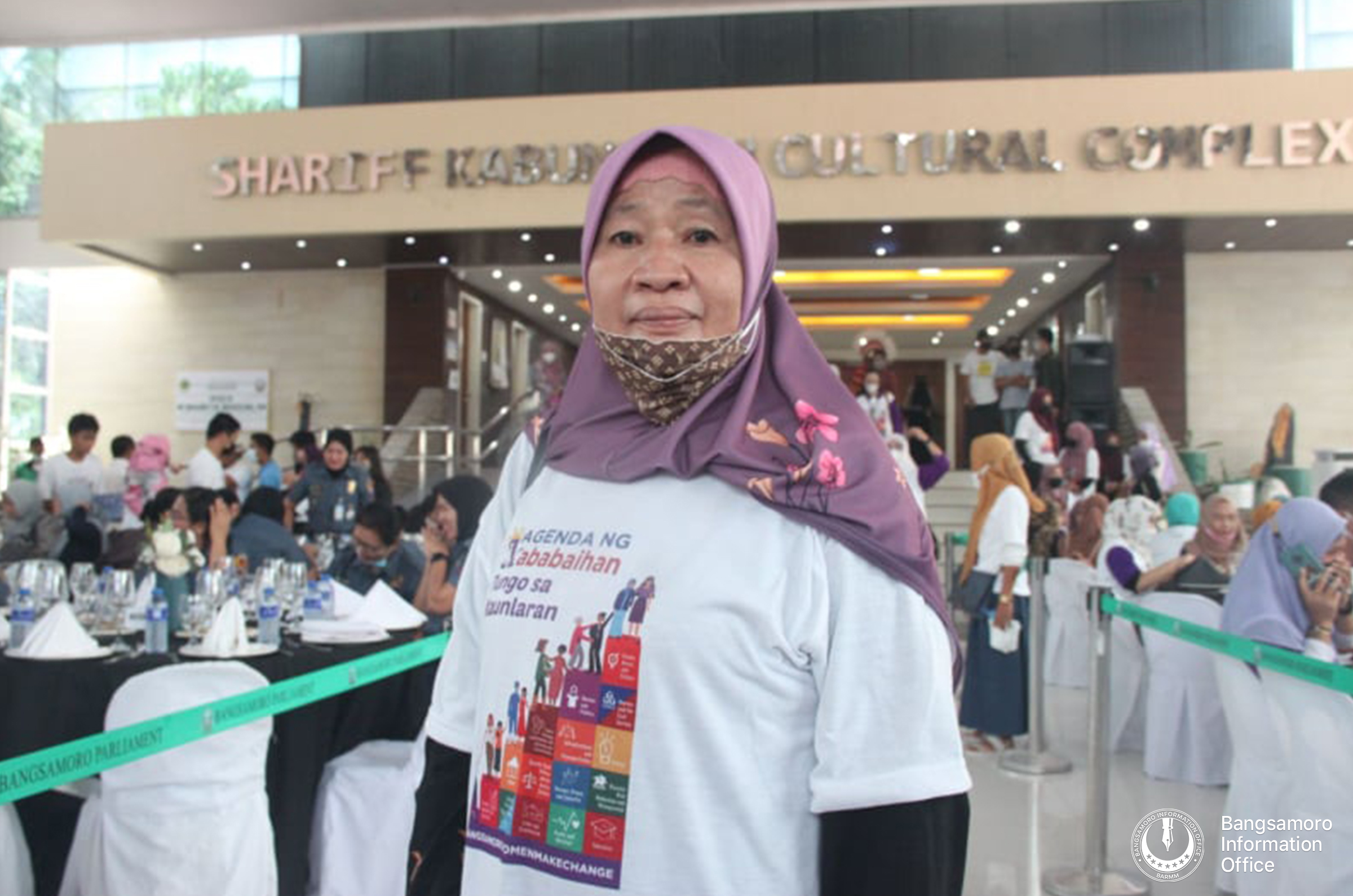 If there’s one thing Wilma Madato has learned from being a member of the Bangsamoro Islamic Women Auxiliary Brigade (BIWAB) through the years, it’s that women are as capable as men in terms of protecting one’s community.

For Madato, a woman should not be behind a man, but rather, beside him.

Madato recalled that what really motivated her to join the force is her awareness on gender-based violence (GBV).

“Nakita ko yun at namalayan at an early age,” said Madato, who is from Pikit Cluster of BARMM’s Special Geographic Area (SGA).

Madato and her BIWAB co-members joined the Bangsamoro Women Commission (BWC) on the ceremonial launching of the fatwa or Islamic rulings on GBV on Tuesday, March 8.

The religious rulings were launched in line with the National Women’s Month 2022 kick-off celebration in the region, spearheaded by the BWC on Tuesday.

In her speech, BWC Chairperson Bainon Karon emphasized that women’s role in governance and peacebuilding is crucial.

“There have been numerous change stories, told and untold, about women’s

participation. Let us sustain this, for without us contributing to the process and outcomes of any policy and decision-making, there can be no genuine autonomy,” Karon said.

“Let this day be a celebration of who we truly are — as active agents of peace and development,” she added.

According to her, the celebration in BARMM will highlight the contribution of women in the transition, specifically in the implementation of the peace agreement and in the normalization.

For his part, BARMM Chief Minister Ahod Ebrahim said: “Just like our previous celebrations, I am always proud to say that the Bangsamoro as an identity, as a people and now as a political entity, would not be possible without the sacrifices and contributions of our Bangsamoro women.”

“This celebration, as manifested in its theme: “We make change work for Bangsamoro women,” speaks of our need to strengthen institutional mechanism to bring in enough numbers of women in the government, to save those who are trapped in domestic violence, to provide equal opportunities, and to make sure that our dear mothers, sisters, aunts and daughters are given the respect and the highest regard that they deserve in our society,” Ebrahim said.