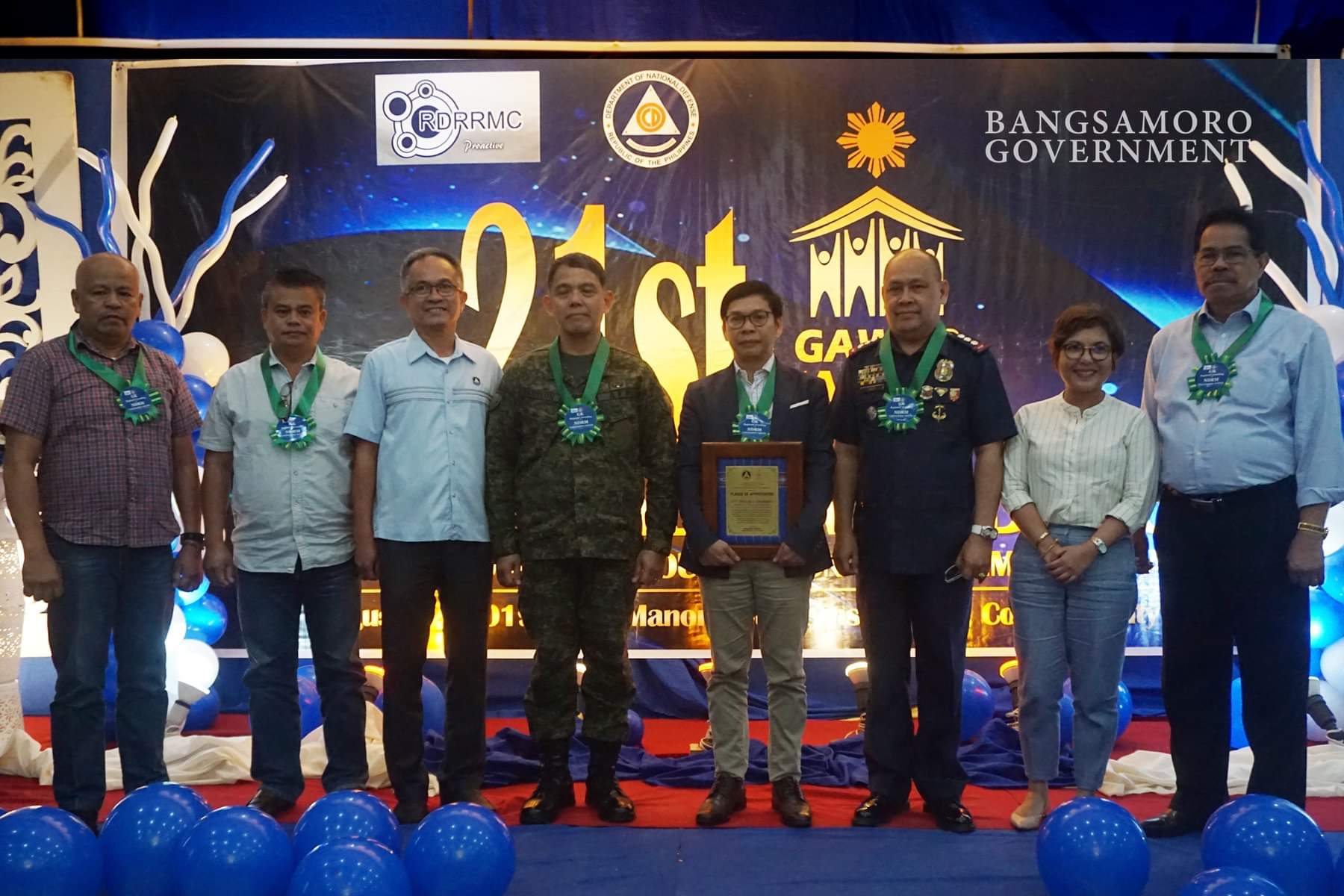 Cotabato City (August 2, 2019) – Various local government units from across the Bangsamoro Autonomous Region in Muslim Mindanao received recognition for their outstanding contributions to disaster risk reduction and management during the 21st Gawad KALASAG regional awarding ceremony conducted by the region’s Office of the Civil Defense (OCD-BARMM) on August 2.

Raylindo Aniñon, regional director of OCD-BARMM, said that the Gawad KALASAG was established to give recognition or honor to various stakeholders who design and implement the disaster risk reduction and management programs aimed at protecting and shielding various communities against disasters.

“The concept of Gawad KALASAG was adopted from the Filipino term ‘to shield’ which was used by early Filipinos as a means of protection from attacks of enemies or harmful animals,” Aniñon explained.

Gawad KALASAG, or the Kalamidad at Sakuna Labanan, Sariling Galing ang Kaligtasan, is the country’s premier annual awards for outstanding contributions in the fields of disaster risk reduction and management and humanitarian assistance.

Plaques and certificates of recognition were awarded to the following LGUs:

The awarding of the Gawad KALASAG also marked the culmination of the National Disaster Resilience Month (NDRM).

The OCD-BARMM gave plaques of appreciation to its NDRM partners such as the BARMM’s Ministry of Local Government, Ministry of Science and Technology, Ministry of Social Services, 6th Infantry ‘Kampilan’ Division, PAGASA and PHIVOLCS Cotabato Station, and many others. (###)