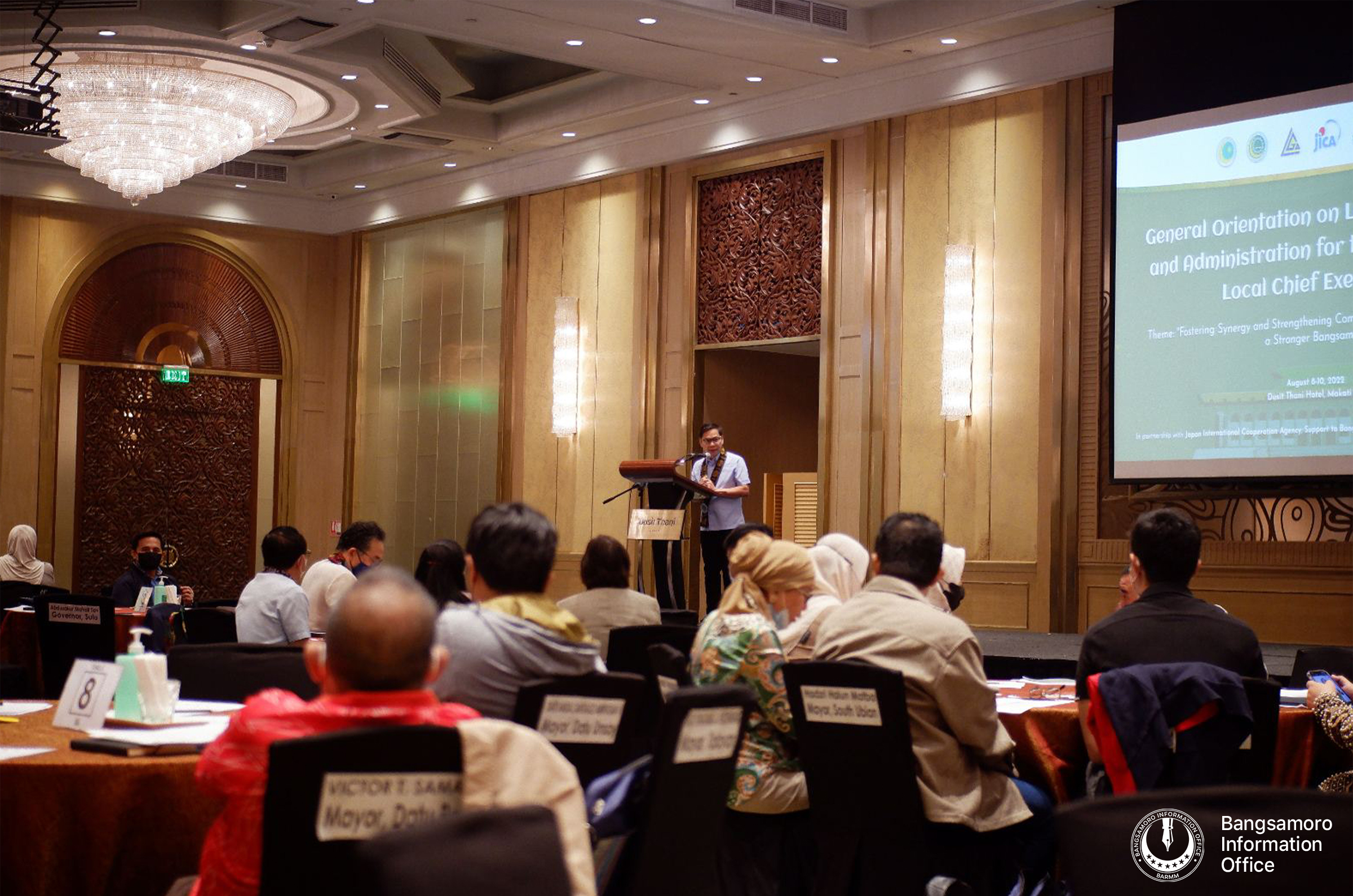 The Ministry of the Interior and Local Government (MILG), in coordination with the Local Government Academy (LGA), spearheaded the activity to provide guidance in fulfilling LCEs’ duties and responsibilities as political leaders.

Further, the activity intends to steer the competencies of newly-minted local officials and explore strategic and transformative measures. This is to improve their leadership and managerial capacities while promoting peace and resilience for inclusive and sustainable development.

In his opening remarks, MILG Minister Atty. Naguib Sinarimbo said: “What we intend to do today, in partnership with many institutions involved in governance and development, is to build upon the passion for services and provide the skills and knowledge, so that you [local officials] can optimize the performance of your respective local government units.”

“We need to create the platform for bringing together the development direction of the region as well as that of Local Government Units. We cannot go on separate ways. We cannot implement projects that do not address the necessities of our constituents and that of local government units,” he added.

The orientation will focus on the relationship of the Bangsamoro Government with its constituent LGUs; Leadership and Moral Governance Thrust; General Powers and Attributes of Local Governments Units; Local Government Officials as agents of development and synergy; and Local Government Financial Administration and Legislation. (Johaira Sahidala/BIO)