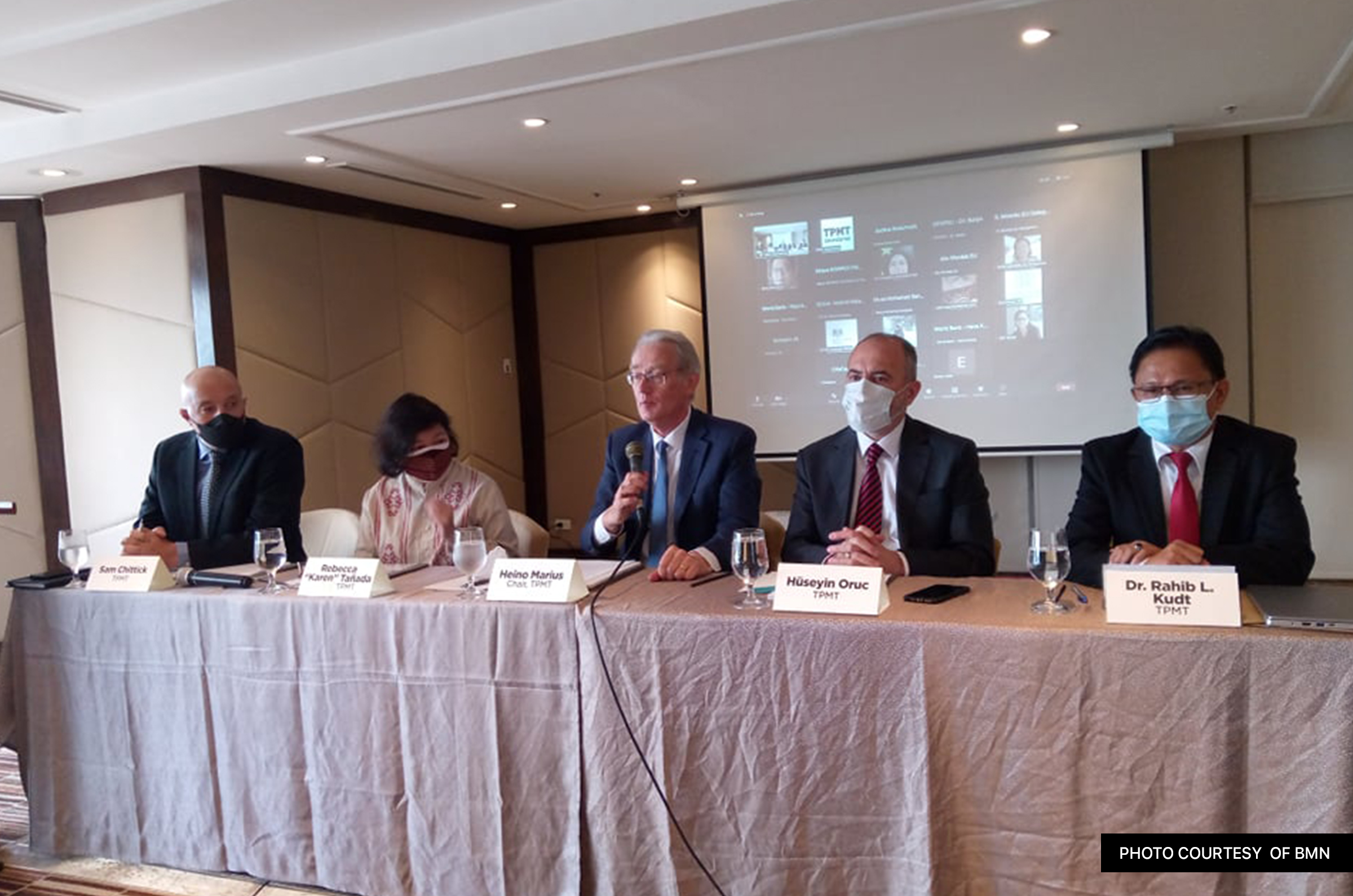 “The peace agreements, the CAB and the FAB, will remain the cornerstone of peace in the region and offer the best chance of carrying the process forward to a successful conclusion,” the TPMT’s Seventh Public Report reads.

The report covers the period from November 2020 to January 2022 and noted that there is “a steady progress in advancing the peace process in the Bangsamoro Autonomous Region in Muslim Mindanao (BARMM).”

“As we move towards the extension, we, as TPMT, believe that this is the right time to look at the peace agreements from a broader perspective, to assess what has been achieved and what remains to be done, also in view of new administrations taking over this year,” Marius said.

“The situation worries the supporters of the peace process, especially the Civil Society Organizations. I believe, we need the establishment of agreed policing as outlined in the peace agreements to ensure better protection of the civilian population in the BARMM,” Kudto said.

Gaining momentum in the peace process by 2025

Tañada pointed out the need to create a law (on the national level), concerning transitional justice to address issues from the past committed against Moros.

Oruç, on the other hand, said he hopes that “there will be no more delay, do your promises, and implement all signed agreements.”

“There will be a great opportunity for the next national administration to work with all the stakeholders in the Bangsamoro to complete this process, ideally in time for the full election of all regional positions in BARMM by 2025,” said Chittick.

The TPMT held that there cannot be any room for complacency and that the decision to extend Bangsamoro Transition Authority (BTA) is also an opportunity for the Parties to reflect on what has been accomplished at the moment, and to adjust and refine the way the process is implemented.

Since its inception, the TPMT has met forty-two times in the country, and will continue to monitor, review, and assess the GPH-MILF peace process until the completion of the Exit Agreement as contemplated in the FAB.

“Their strongest underlying commitment and continued allegiance to letter and spirit of agreements is the best guarantee of success,” TPMT stated.