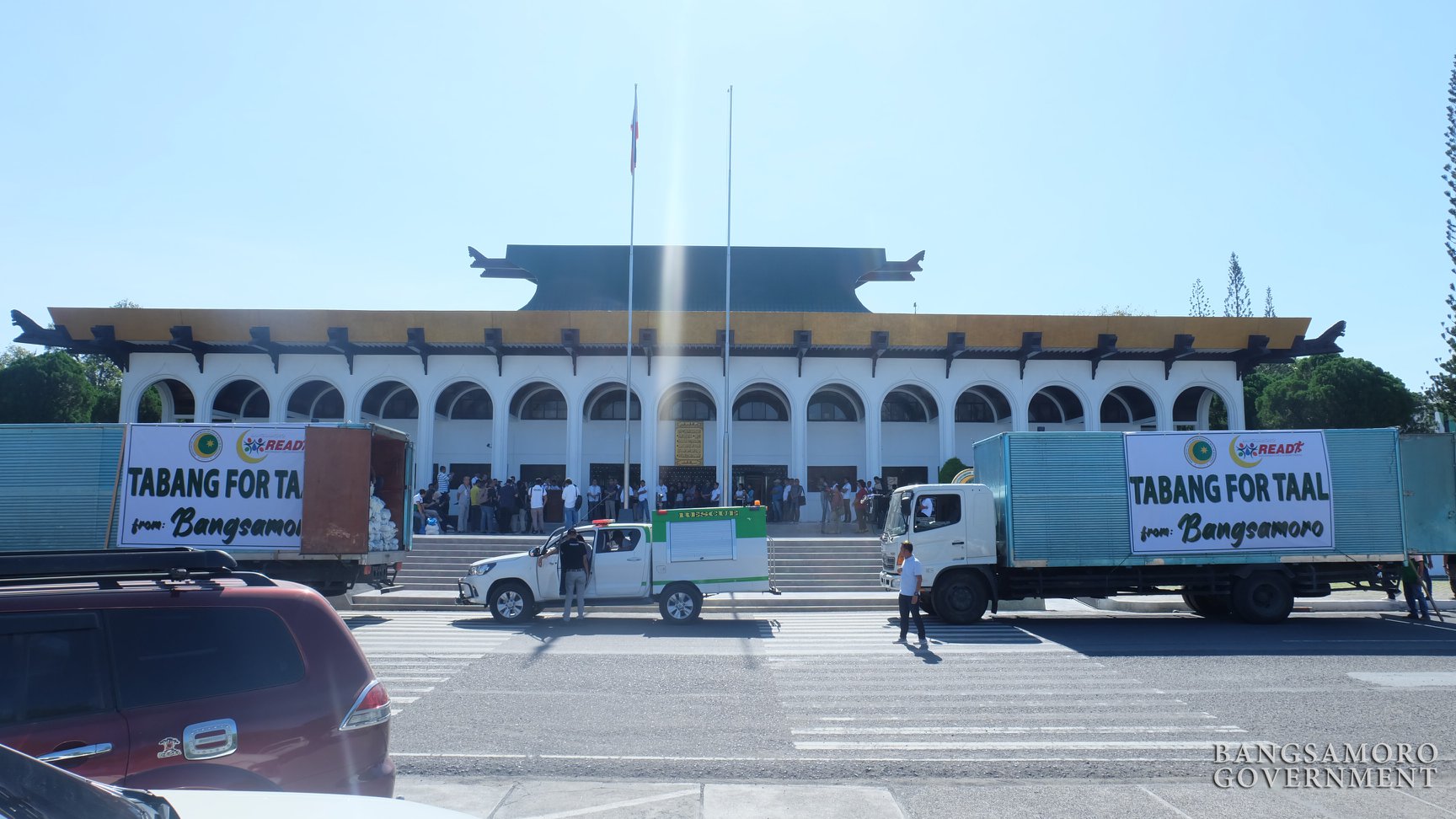 The Bangsamoro Government, led by Interim Chief Minister Ahod ‘Al Haj Murad’ Ebrahim, has sent off a team dubbed as “Tabang for Taal from Bangsamoro” to aid the Taal volcano victims in Batangas on Tuesday, January 21.

The team departed Cotabato City on Tuesday, and is expected to arrive in Manila on Friday, January 24.

Chief Minister Ebrahim said a portion of the relief assistance will be delivered directly by the team to the Muslim constituents affected by the volcano eruption.

More than 130 Muslim families, Ebrahim said, are among those internally displaced persons (IDPs).

Ebrahim also stressed that the Bangsamoro Government is “helping not only those Muslim IDPs, but also the entire affected communities”.

He said 1,000 of the relief packs will be turned over to the incident command post of the Batangas provincial government.

Meanwhile, Bangsamoro Spokesperson Atty. Naguib Sinarimbo said during the ‘Kapihan sa Bangsamoro’ session on Tuesday that “the Muslim constituents specifically requested assistance from us, because some of their needs are not addressed because of the peculiarity of these needs of these communities.”

“Our staff from the Bangsamoro READi are already in touch with their counterparts in Batangas,” Sinarimbo said.

Sinarimbo is also expected to join the team on Friday. “Hopefully, we will have a conversation with the incident command post or the operation center in Batangas.”

Taal volcano started to spew ashes on Sunday, January 12, which resulted to the Philippine Institute of Volcanology and Seismology (PHIVOLCS) to increase its alert status to Level 2 in the afternoon and Level 4 in the evening. The ashfall from Taal had reached Calabarzon and Metro Manila. (Bureau of Public Information)