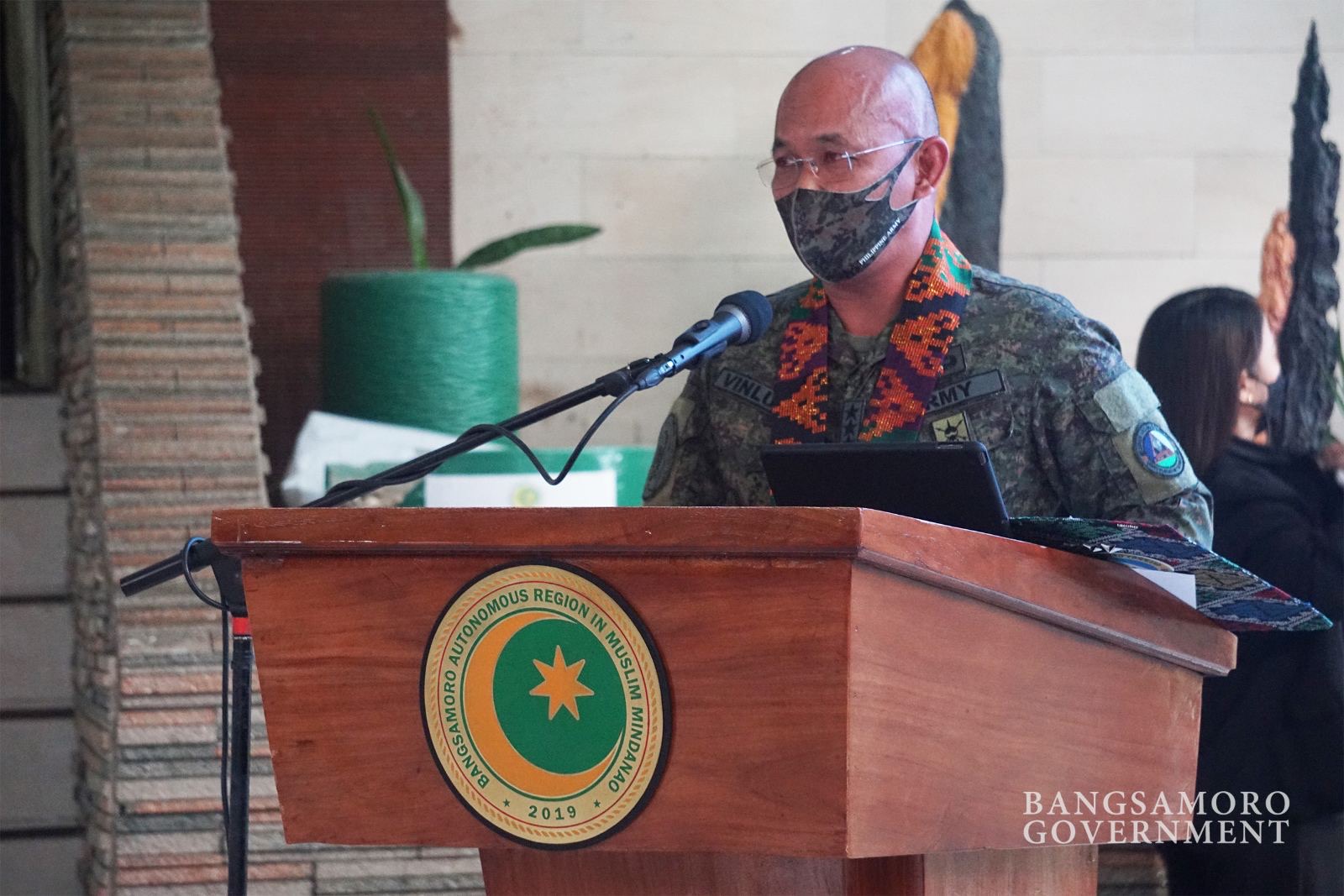 Vinluan said this during his courtesy visit to Bangsamoro Chief Minister Ahod Ebrahim on Monday, May 3, at the Bangsamoro Government Center in this city.

His visit particularly aimed to provide the chief minister and other BARMM ministers an update regarding the security situation and development challenges in the province of Sulu, a stronghold of local terrorist Abu Sayyaf Group (ASG).

There was also no recorded terrorist acts perpetrated by the local group this year. ASG was involved in 22 atrocities in 2019 and 5 in 2020. The last one was the two explosions in Brgy. Walled City in Jolo, Sulu on August 24 last year.

“Military action is only a small factor in combatting terrorism, the major factor here is the assistance (from the Bangsamoro Government),” Vinluan said.

“We need your help to finally end the conflict in Sulu,” Vinluan told the BARMM officials.

For his part, Chief Minister Ebrahim said the interim Bangsamoro Government has been put to place to assure that the people gets its well-deserved peace and sustainable development after years of conflict and unrest.

“When we signed the peace agreement with the national government, we knew that this transition period would not be an easy track. We also acknowledge that there are still splinter groups and extremist organizations that would provide challenges in the process,” the chief minister said.

“We are fortunate that in this journey, we have our dear partners from the security sector to help us out in maintaining order. Troops whom we once faced at the other side of the fence – now working with us, side by side, one in building a Bangsamoro that we can be proud of,” he added.