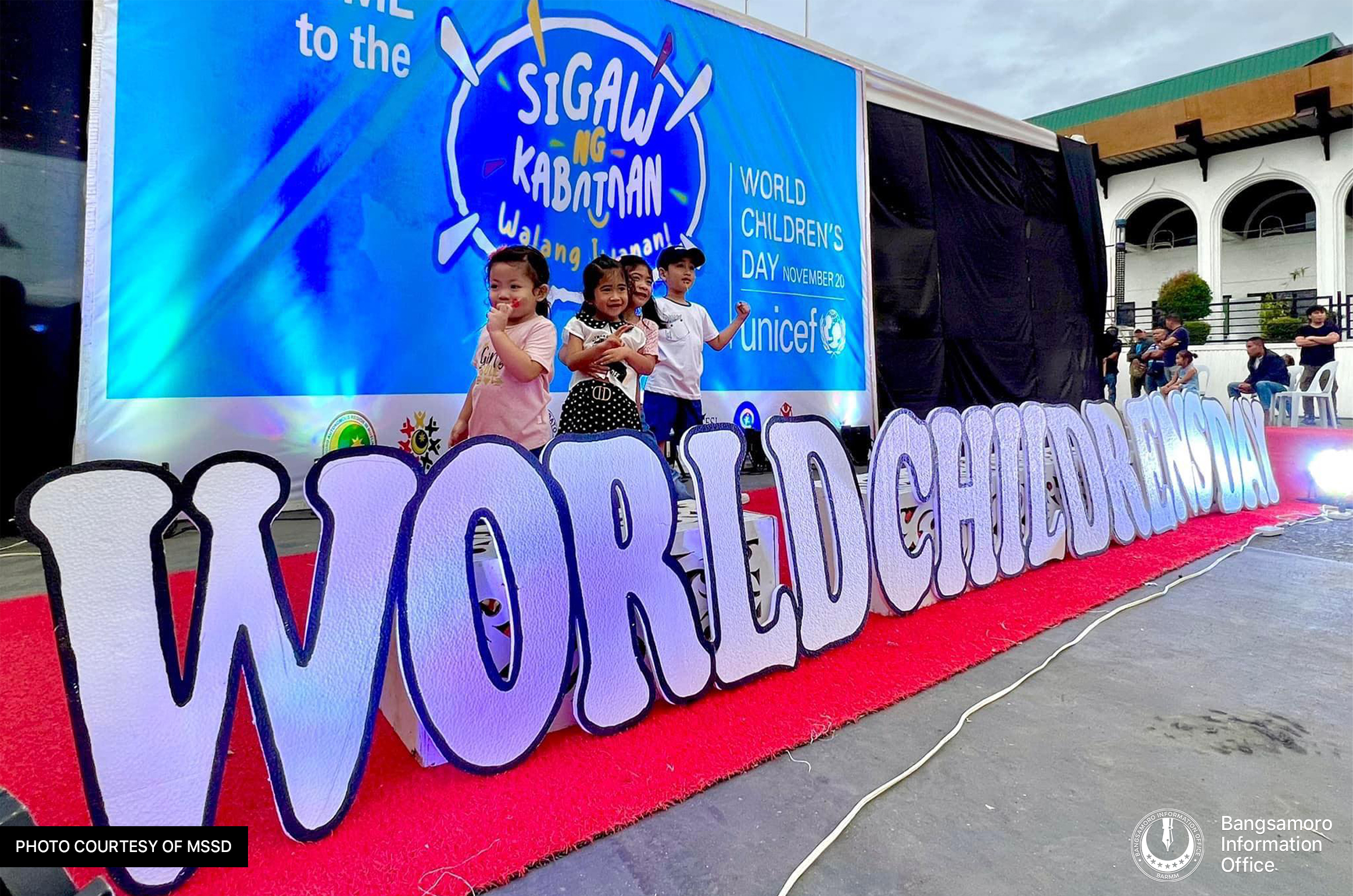 COTABATO CITY—Bangsamoro Government reaffirms its commitment to protecting children from violence and ensuring their right to live in a peaceful world as stated in the Convention on the Rights of the Child (CRC).

Inside the Bangsamoro Government Center, on Sunday, Nov. 20, the Office of the Chief Minister’s facade was lit in blue in line with the United Nations Children’s Fund (UNICEF) #GoBlueCampaign—a strong symbol of hope that stands for Bangsamoro people that “every child has a story to tell, regardless of their gender, race, status, and capabilities.”

This was in line with this year’s World Children’s Day theme—“Sigaw ng Kabataan: Walang Iwanan”.

“The protection of the children’s rights is enshrined in our legal framework and policies. This is because every child has the right to a meaningful childhood,” Minister of Social Services and Development (MSSD) Atty. Raissa Jajurie said.

The MSSD distributed loot bags containing fruits and sweets, school supply kits, and fancy eyeglasses to the children who attended the event, while the Bangsamoro Youth Commission (BYC) gave them free candies and notebooks.

Meanwhile, UNICEF Philippines Representative Oyunsaikhan Dendevnorov said, “regardless of age, gender, race, religion, disability, sexual orientation or another status, every child deserves to be included and celebrated, as well as protected against all forms of discrimination. Children must have a say in decisions that affect them. Listening to their voices is crucial for inclusive development.”

In the Philippines, the “Bangon Batang Bangsamoro” anchored to the children’s month celebration in the country that encapsulates and amplifies the efforts of the Bangsamoro Government’s interventions to address the rights of the child in development, protection, survival, and participation, with a special focus on children who bore the brunt of Typhoon Paeng.

The MSSD and other BARMM ministries are conducting outreach programs to orphans, internally displaced children, and other vulnerable children in the region. (Myrna Tepadan/BIO)