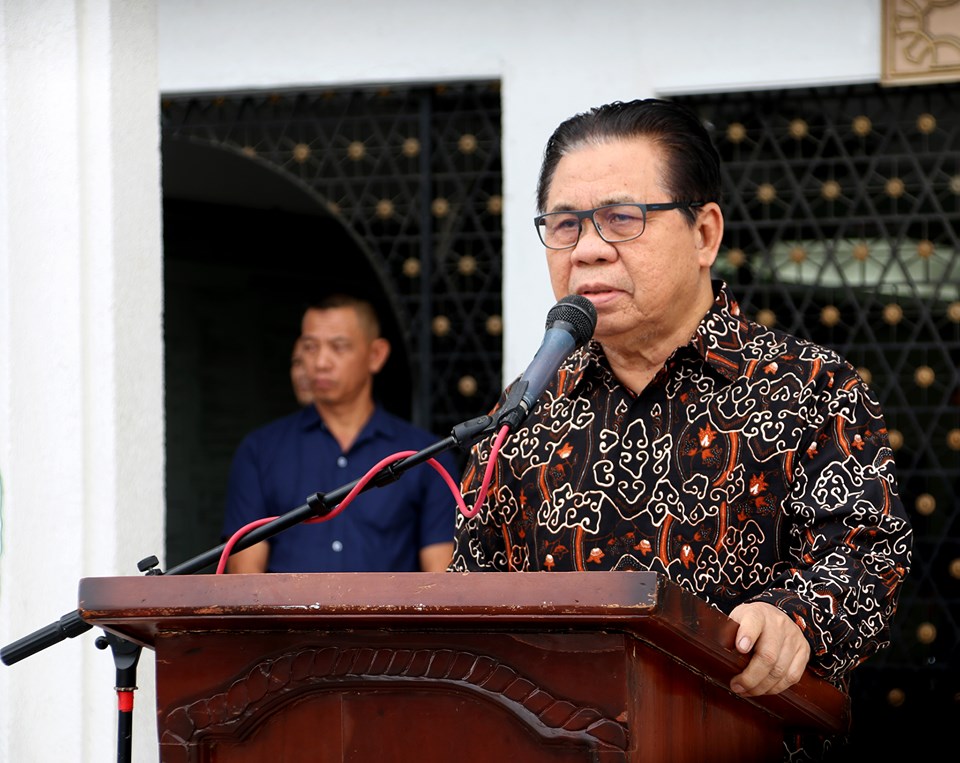 I pray and hope that everyone is well in this holy and blessed month of Ramadhan.

This is indeed a month of tests and trials, with hunger and thirst as the two most trying conditions we have to patiently endure during the daytime for a whole lunar month.

This is made more doubly challenging as we had just finished the mid-term elections, also one of the most divisive activities we have to undergo every three years.

I am personally thankful that the canvassing of election returns inside the OCM compound went peacefully and orderly. But the scenes of rumbles in Lanao del Sur and violent encounters in Sulu were something that pained us.

Indeed, Allah will not change the condition of a people unless they change what is within themselves.

What is this that the Qur’an described as “maa bi anfusihim”? If the election was a measure of ourselves as a people, then it is our continuing patronage for unprincipled politics that will not lead us to real change in our condition as a people.

If you voted politicians based on the money they gave you, then do not expect that the Internal Revenue Allotment of your respective local governments would be used for the development of your places. We only have ourselves to blame if the elected politicians would turn out to be as corrupt, insensitive and uncaring for the people.

Election is a time to stand up for principle and character. It is not outside of our revolution and struggle to have a government that is established on the basis of truth, justice and care for the people.

Be that as it may, the Bangsamoro Autonomous Region will do its level best to see to it that the local governments will perform their mandates for the coming three years. The future Bangsamoro local government code as well as the electoral code must set the tone for a new regime of laws in the field of local governance and electoral reforms.

I have already issued a directive to all ministries and offices to give incentives to our workers during this month of Ramadhan.

I do hope that the Ministers and heads of offices would find the means to extend that assistance.

In closing, I join you in looking forward to another productive week of public service.

Chief Minister Ahod B. Ebrahim’s Message on the 7th Year Anniversary of the Signing of the Comprehensive Agreement on the Bangsamoro
March 27, 2021