1,060 MILF-BIAF combatants to be decommissioned on September 7 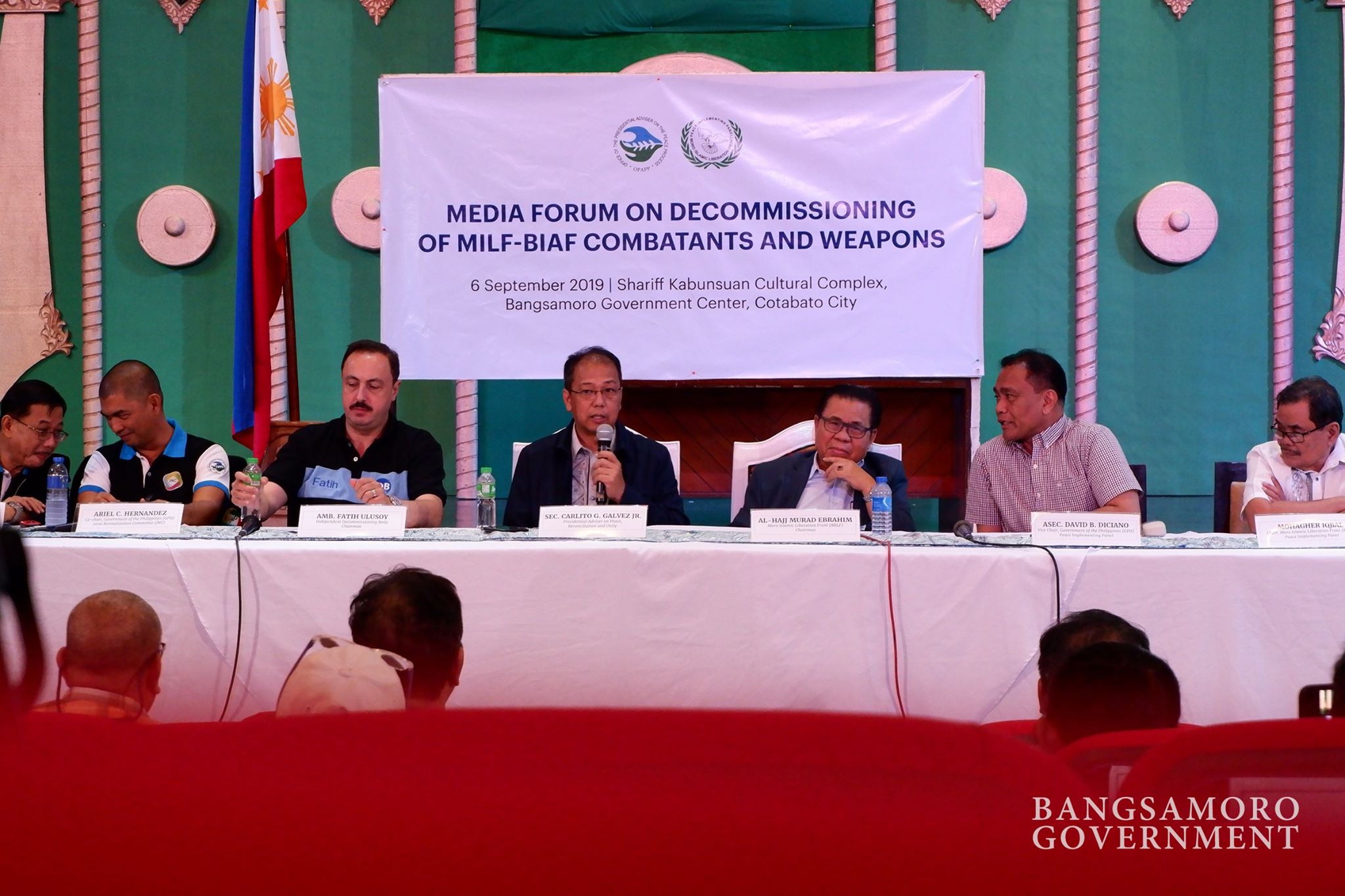 Bangsamoro Chief Minister Ahod “Al Haj Murad” Ebrahim said Friday that the decommissioning process would not mean that they are surrendering.

“I would like to emphasize that the decommissioning doesn’t mean we have given up on what we used to fight for. It simply demonstrate our sincere and full commitment to fulfilling our obligations and responsibilities in the peace agreement and we are now working with the government to achieve our goal of peace and development for the Bangsamoro,” Ebrahim said.

The decommissioning process is a vital component of the normalization process contained in the Annex on Normalization of the Comprehensive Agreement on the Bangsamoro (CAB). This is considered to be one of the ways in achieving the pursuit of sustainable livelihood and peaceful society.

Chief Peace Adviser Carlito Galvez Jr. said each of the decommissioned combatants will receive 100,000 pesos cash and a socio-economic assistance package. Their families will also get an estimated value of 500,000 up to 1,000,000 pesos of healthcare assistance, scholarships for their children, housing, and livelihood projects from the government.

“The decommissioning of the MILF-BIAF members is a clear testament of the MILF’s desire and commitment and goodwill to sustain the gates of the peace process,” Galvez said.

A Memorandum of Agreement was also signed Friday afternoon between the Office of the Presidential Adviser on the Peace Process (OPAPP) and Technical Education and Skills Development Authority (TESDA), which aimed to assist decommissioned combatants transform into productive citizens. The TESDA’s assistance will focus specifically in developing skills program and providing scholarship grants. (###)