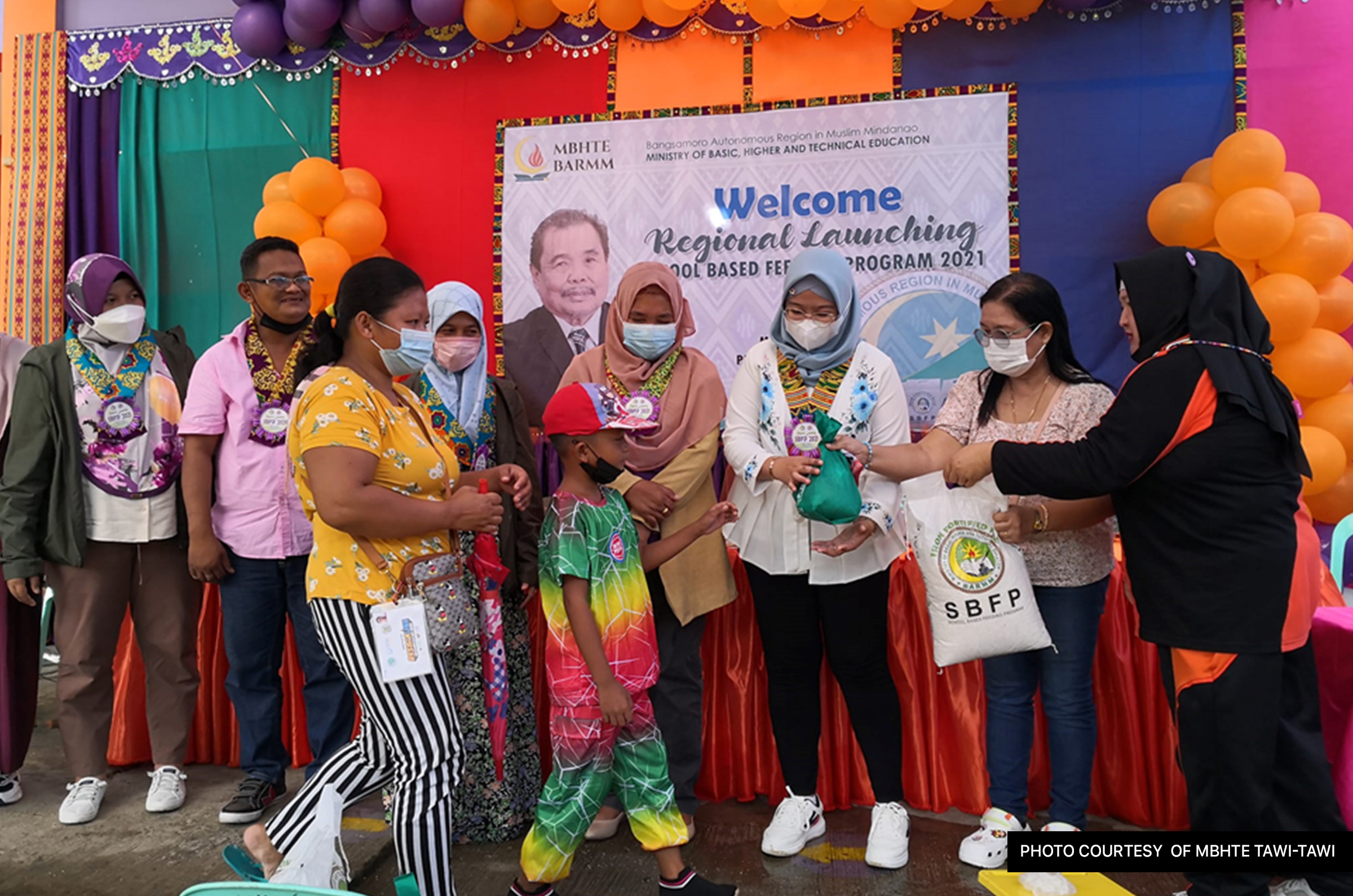 TAWI-TAWI — A total of 20,000 pupils from 78 schools, including a madrasah, from this province are set to benefit from the education ministry’s regional school-based feeding program to be implemented this year.

The Ministry of Basic, Higher and Technical Education (MBHTE) launched the program on Saturday, March 19, at the Provincial Housing Laboratory School (PHLS) here.

According to PHLS Principal Jeba Jalim, the program will provide each pupil with 18 kilos of iron fortified rice, a pack of anchovy, and a pack of mung beans, to be released in three tranches beginning this March. “The second tranche will be in June and third tranche will be in May this year,” the principal said.

Asked on the benefits the SBFP would bring upon the pupils, Jalim said the program addresses the health condition of the wasted or malnourished pupils, adds their presence and attendance in classes, and contributes to their better performance in school.

“This observation is based from experience from the conducted SBFP program in 2016,” Jalim pointed out.

Meanwhile, Schools’Division Superintendent Dr. Fatima Abubakar was quoted as saying that “MBHTE Tawi-Tawi will support the full implementation of the SBF program.”

She also expressed her message of thanks to MBHTE Minister Mohager Iqbal for the regional launching of the school-based feeding program which she believed as a contributing factor to the learning development of the pupils in the province. (Abdel Nasser Tahang/BIO)