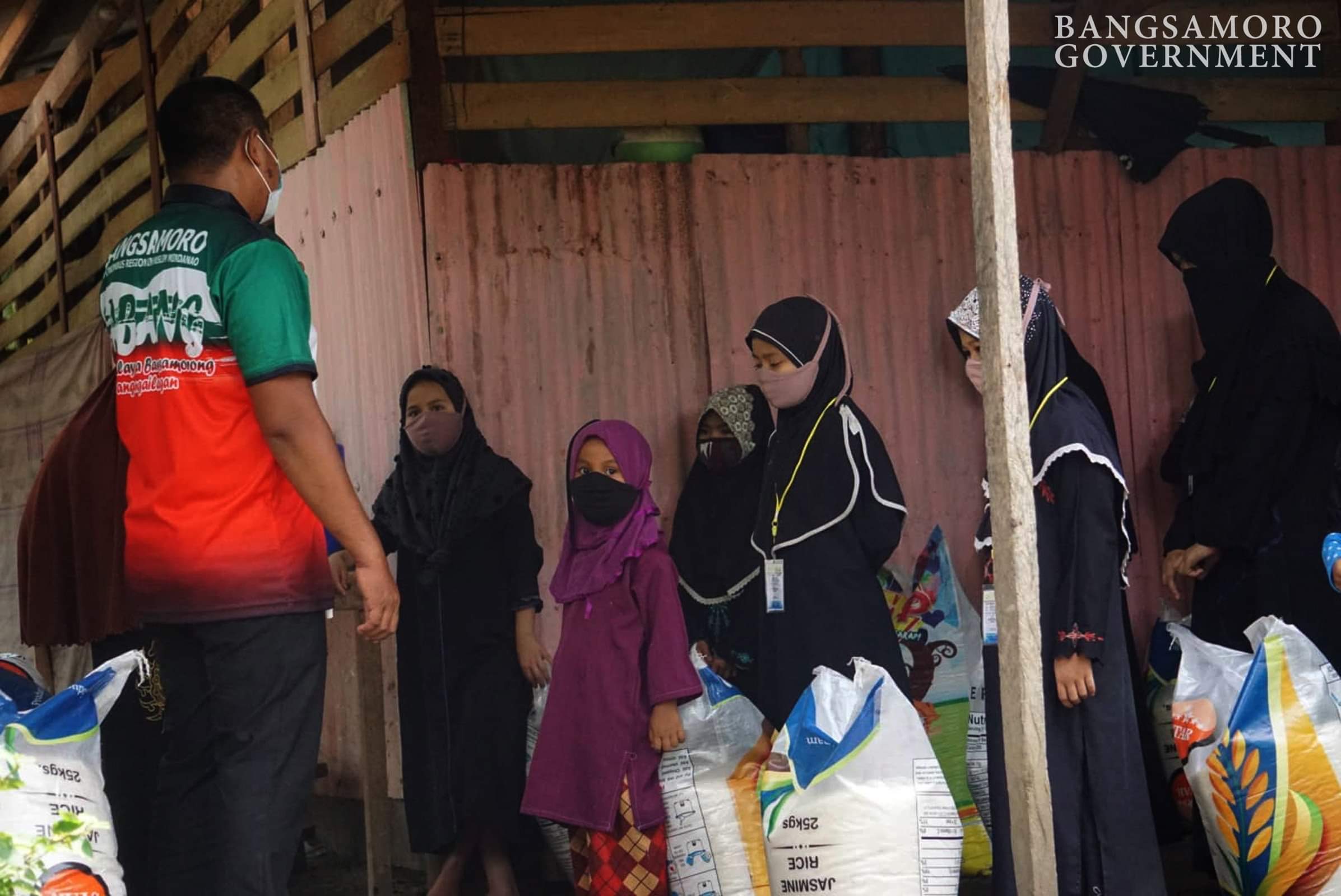 PIKIT, North Cotabato—In line with the continuous Coronavirus Disease (Covid-19) response of the regional autonomous government, the Bangsamoro Autonomous Region Muslim Mindanao (BARMM) is distributing rice and food items to at least 500 orphans in Cotabato City and some towns in Maguindanao and North Cotabato.

Each of the orphans, living in different orphanage centers, is set to receive 25-kilo sack of rice and several food items from the Bangsamoro Government’s Tulong Alay sa Bangsamorong Nangangailangan (TABANG).

The Project TABANG is one of the flagship programs of Chief Minister Ahod Balawag Ebrahim.

Abdulraof Macacua, BARMM’s executive secretary, said the orphans were selected as beneficiaries, because they are one of the “most vulnerable and affected sectors of the society” by the Covid-19 crisis.

A total of 150 half sacks of rice and several food items were distributed on Tuesday, Oct. 13, to five orphange centers in Pikit, North Cotabato.

Among these centers is the Markaz Tadabbur that houses 40 orphans. Orphanage head Ustadh Mojahed Pamansag said the orphans came from different places such as Carmen in North Cotabato, while others came from as far as Basilan.

The distribution, made through a partenrship with youth organization Al-Jalis As-Salih, Inc.-Cotabato, started early last week to seven orphanage centers in Cotabato City and Sultan Kudarat, Maguindanao with 273 orphans.

The distribution to orphanage centers in Shariff Saydona Mustapha and Shariff Aguak, both in Maguindanao, is set this week.

In June 2020, the Ministry of the Interior and Local Government (MILG) also distributed rice and food items to Darul Aytam Orphanage Center in Sultan Kudarat, Maguindanao. (Bureau of Public Information)