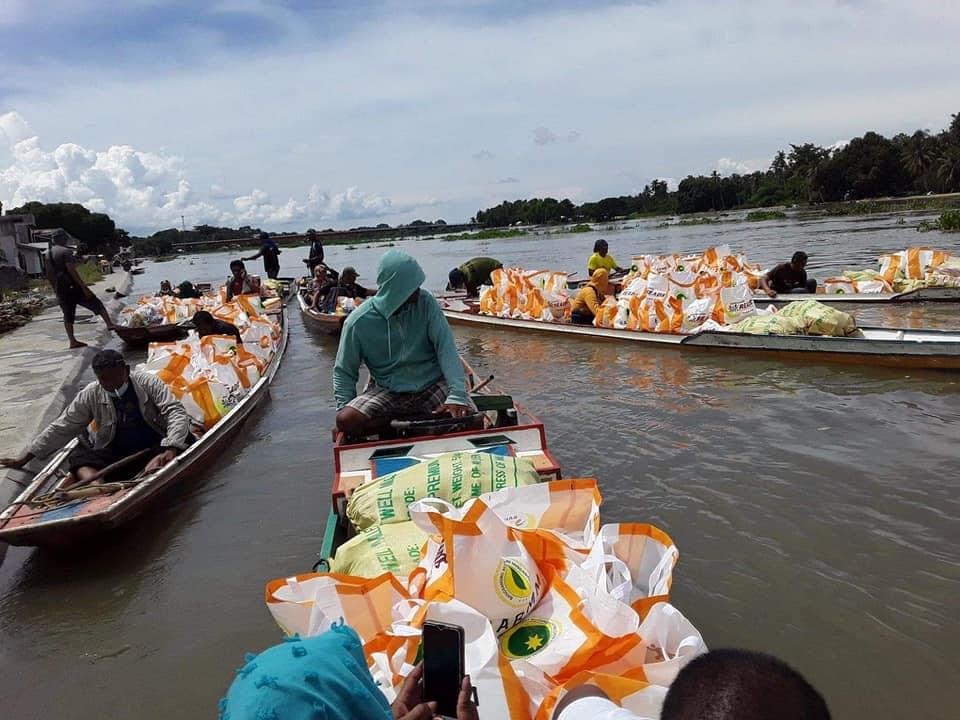 COTABATO CITY— A report submitted to the Office of the Chief Minister (OCM) states that the Bangsamoro Government’s Rapid Emergency Action on Disaster Incidence (BARMM-READI) has been extending relief assistance to 54,081 families from the Provinces of North Cotabato, Maguindanao, Lanao Del Sur, Sulu, and Cotabato City who were affected by flooding in the Bangsamoro region.

The first batch of relief distribution started on Sept. 17, 2020, where about 13,000 households in the municipalities of Pigcawayan and Midsayap each received 10 kilos of rice and canned goods.

After typhoon Rolly hit the Philippines on October 26, some areas in Maguindanao and Lanao Del Sur were also affected by flooding brought by heavy rainfall , the regional government has continued to extend help to affected communities in the region.

Ministry of Interior and Local Government (MILG), Ministry of Social Services and Development (MSSD), and other involved agencies such as Provincial/Municipal Disaster Risk Reduction and Management Officers (P/MDRRMO), and Armed Forces of the Philippines (AFP) also conducted several coordination meetings to monitor the situation in flashflood-affected communities in BARMM.

Based on the data from the BARMM-READI, several communities in the province of Sulu, Lamitan ,Basilan and Cotabato City felt the onslaught of typhoons Rolly and Quinta.

Since October 20, 2020, more than 70 barangays in Central Mindanao were flooded after the overflowing of 220,000-hectare Liguasan Delta, following torrential rains in mountain ranges around it.

The most affected barangays were in interior areas in the adjoining towns of Pagalungan and Montawal in Maguindanao and in nearby Pikit and Kabacan in North Cotabato.

According to MILG minister Atty. Naguib Sinarimbo, during disasters and emergencies, BARMM has always been proactive in extending relief and long term assistance in the region.

The said relief assistance is in line with the Bangsamoro Government’s efforts to ensure that every Bangsamoro constituents will be served, especially in the current health crisis brought by the Covid-19 pandemic. (Bureau of Public Information)