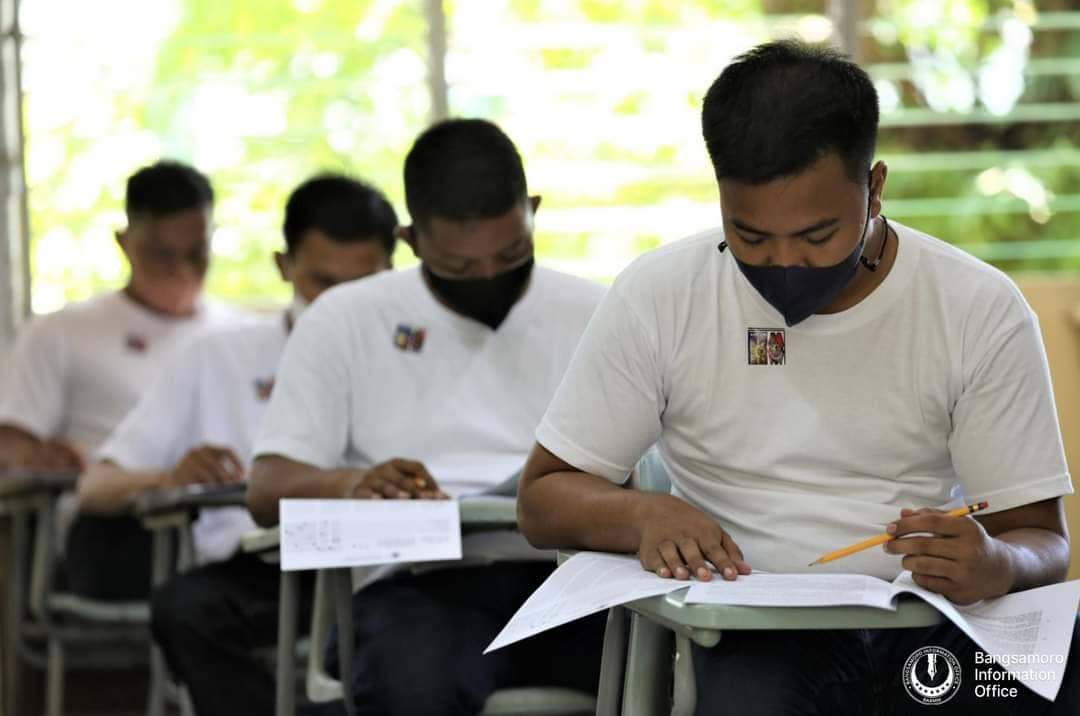 After two months, the exam result was released on Monday, July 12, 2022, by the NAPOLCOM.

Pendatun assured that Bangsamoro Government will continue to provide assistance to improve the applicants’ experience in getting admitted to PNP agencies.

“This is just a testament that symbolized the partnership between the National and Bangsamoro governments for the peace process,” he added.

Abdul Hakim Gandarosa, 26, from East Basak, Marawi City, and a graduate of Minidanao State University (MSU) – Main Campus tied for the highest spot in the said special examination with an average of 91.94%. It was followed by Sittie Aisah Amerah Tanday, 25 from Carmen, North Cotabato with an average of 91.48%.

Meanwhile, NAPOLCOM emphasized that passing the NSQE does not automatically guarantee recruitment to the PNP. Accordingly, a permanent appointment may only be given upon satisfaction of the prescribed educational requirement of a baccalaureate degree which they have to obtain within fifteen (15) years upon entry to the PNP, as prescribed under Section 14 of Republic Act 8551.