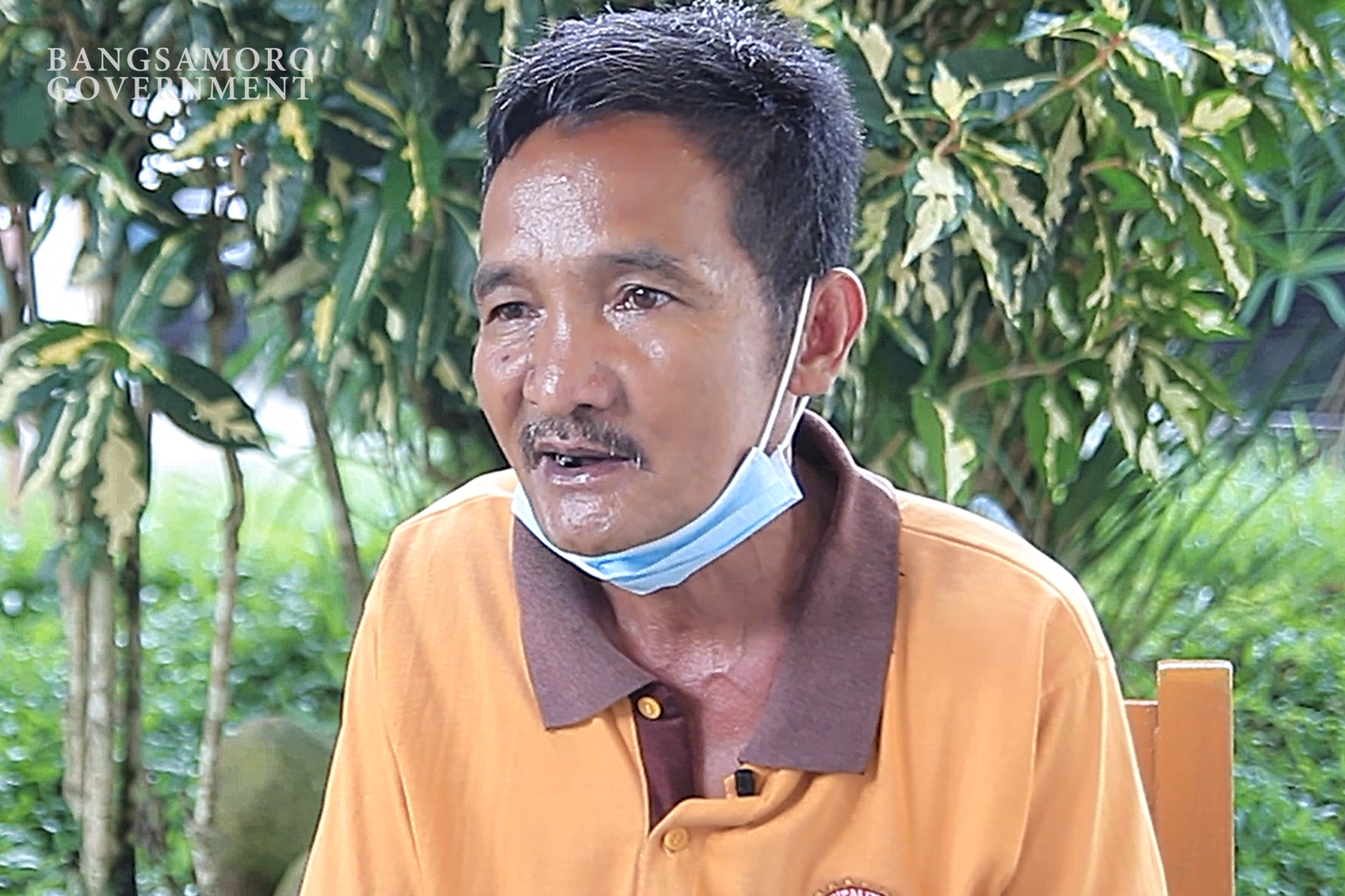 It was four o’clock in the afternoon of August 18. Pelagio Ado, a local traffic enforcer at the local government unit of South Upi in Maguindanao, was on his way home after remitting traffic violators’ fines to his supervisor.

On that afternoon, 51-year-old Ado met a road accident on his motorcycle. He was rushed to Datu Blah District Hospital in Nuro Upi, and was diagnosed with femoral neck fracture on his left hip.

When he was told he needed to undergo an orthopedic implant surgery worth P125,000.00, Ado felt hopeless, troubled on where to get such amount.

[We have nowhere to go. Life is really hard for us. I can’t afford such hospital bill because I only have one job with low salary.]

[Dr. Macion said we should ask assistance from Bangsamoro’s AMBAG program because it is only them who could help us with such amount of hospital bill.]

[Thank you so much to Bangsamoro’s AMBAG program, if it wasn’t because of it, I might fall to death as we really can’t pay my hospital bill.]

[I really informed my relatives about AMBAG because they can definitely count on it. Now we know where to go when seeking immediate assistance.]

[AMBAG is really a big help especially to the indigenous people and to patients who can’t afford healthcare.]

[Since our hospital was given this program, many of our patients have already benefited. It helped them cover their hospital bills.]

Dr. Romeo Montañer share the sentiments similar to those of Macion.

“Ang dami naming pasyenteng natulungan [We have helped a lot of patients], in fact as of this time, about 50% of our in-patients were assisted by the AMBAG program,” said Montañer, chief of Dr. Serapio B. Montaner Jr., Al Haj Memorial Hospital located in Malabang, Lanao del Sur.

[Many people are pleased and in their hearts they are really very thankful. They can see how responsive BARMM is now.]

[We are grateful to the chief minister that because of his program, we are no longer afraid of sending our patients to the hospital for treatment.]

[We have no money, but we are now confident of going to the hospital at any time because we know AMBAG will help us.]

AMBAG is a measure in paying for medication and medical services not currently paid for or sufficiently reimbursed by PhilHealth or other financing sources. (Bureau of Public Information)